Politicians Are Under the Influence of Big Alcohol

Drew Johnson
|
Posted: Jul 15, 2019 10:25 AM
Share   Tweet
The opinions expressed by columnists are their own and do not necessarily represent the views of Townhall.com. 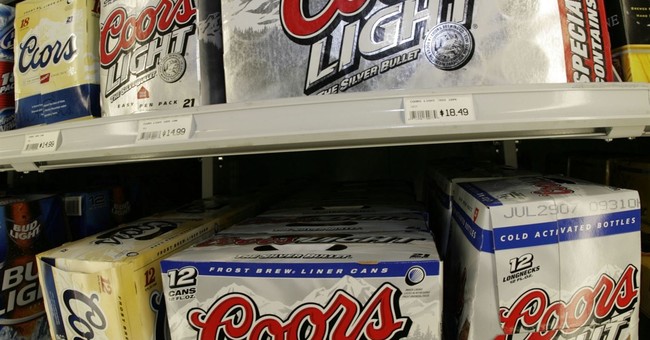 Earlier this month, the U.S. Supreme Court delivered a massive blow to legislatures that fell under the influence of none other than Big Alcohol itself.

The Bench struck down Tennessee’s two-year in-state residency requirement to operate liquor stores – a protectionist rule that violates the Commerce Clause of the U.S. Constitution, restricting out of state competition to enrich the privileged few.

In this case, the Justices on the Supreme Court deserve credit for refusing to allow Big Alcohol to cloud their judgement while they deliberated and came to terms with an opinion. If only the same could be said of many politicians, who all too often succumb to peer pressure from the special interest group and its largesse.

For example, last year, Maryland legislators, seemingly buoyed by political contributions, introduced a bill that would reduce output for all breweries within the state except those producing over one million barrels a year. If implemented, it would have left just one company – Guinness Brewery in Baltimore – free of government restrictions on its output.

The year prior, Texas brewed up its share of protectionist schemes as well. After a million-dollar lobbying and campaign contribution blitz from the state’s largest beer distributors, the state passed legislation requiring craft breweries producing more than 225,000 barrels per year to pay distributors for delivery, even when the beer was sold onsite and did not have to be moved.

Now, even the U.S. Congress has jumped in bed with Big Alcohol. At the end of June, the Senate responded to the brewer’s calls by introducing The Aluminum Pricing Examination (APEX) Act – a companion bill to H.R. 1406 in the House that will allow government to micromanage the aluminum industry in a way that benefits America’s largest beermakers.

Like the rest of Big Alcohol, Coors Brewing Company thinks it is bigger than the free market. It believes that its checkbook is large enough to turn capitalism into crony capitalism by buying away the market mechanisms that make supply and demand function. This case is of no exception. Complaining about the high cost of aluminum, Coors called on Congress to act. Right on cue, home state heroes Rep. Ken Buck and Sen. Cory Gardner, both of whom have received big, fat campaign checks from the brewer in the past, responded to its calls for help.

According to supporters of the APEX Act, these legislatures’ solution to this manufactured problem, the bill will create “transparency” in aluminum pricing and “restore manufacturers’ confidence in the system.” While those carefully crafted Trumpian talking points may sound nice, they are far from accurate.

Anyone who reads the bill can see that what it will really do is give the Commodity Futures Trading Commission (CFTC) “exclusive jurisdiction over the setting of reference prices for aluminum pricing,” and the authority to “consult with the Attorney General…in the setting or reporting of such a reference price.”

In other words, if it passes, the government will be empowered to impose price controls on the market reference prices of aluminum, all so Big Alcohol can run the free market amuck and pocket more profits for itself.

Price controls are never the answer. As free market advocates already know all too well, the only thing they are good at is robbing from Peter to pay Paul and causing shortages to U.S. supply. Then again, intentionally imposing output ceilings on the little guys while exempting the largest beer manufacturers, coupled with forcing craft breweries to pay beer distributors for unneeded services, is clearly not appropriate either.

Time and time again, politicians have proven to completely lose their sense of judgment when they consume Big Alcohol’s talking points in excess, leading to the introduction of bills that would make anyone who cared to read them laugh. It’s high time for an intervention.

The crony status quo has gone on for long enough on Capitol Hill and in America’s state capitals. For the road to recovery to begin, concerned citizens and principled lawmakers must start calling out politicians who shamelessly carry out Big Alcohol’s agenda.

Drew Johnson is a senior fellow at the National Center for Public Policy Research and the founder of Tennessee’s free market think tank.