Outwitting the Purveyors of Dependency 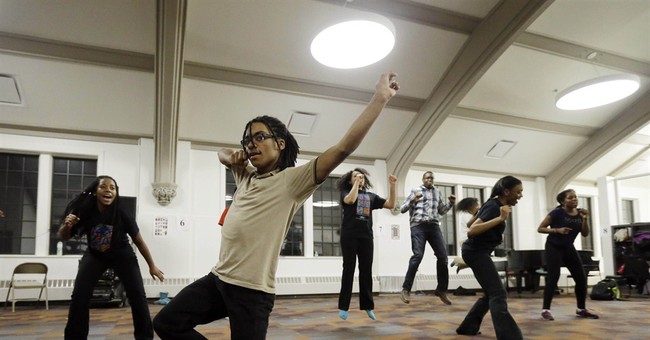 Divide and conquer is an age-old strategy, effectively used by many in positions of power to ensure that they retain their wealth and authority.

During the dark days of slavery in America, there were many geographic areas where the number of slaves significantly surpassed the number of whites and slave owners. This occasioned appropriate anxiety for the owners, who cleverly sowed seeds of discord among the different groups of slaves in an attempt to effectively destroy unity. For example, field slaves were told that the house slaves thought of themselves as superior.

This worked in most cases, although there were notable instances of secret cooperation between the slaves to accomplish various goals. It required real wisdom and insight to avoid easy manipulation by the slave owners, who usually used slaves loyal to them to accomplish their nefarious objectives.

In today's culture, there are political forces that see the descendants of slaves as useful objects for maintaining their positions of wealth and power. By promising to care for their every need, they create dependency.

Frightening those dependents into thinking they will be abandoned if others are in control, they create loyalty that is undeserved but fierce, loyalty that translates into the real goal: votes. Anything or anyone that threatens this paradigm of victim and protector must be destroyed, lest the victims recognize the deceitfulness of their manipulators and revolt.

The most dangerous people to the modern manipulators are people who have freed themselves from the plantation mentality. They eschew the propaganda of victimhood and advocate for personal responsibility. They see the value found in the true compassion of a hand up rather than a handout.

The tragedy is that many "leaders" of the black community succumb to the poison of the controlling elites, who make them feel "cool" and important. I'm sure that some actually realize what is happening, but -- like the kids you remember in high school -- they don't want to risk being ostracized and expelled from the "in crowd" and therefore remain silent.

It is so important for the black community to realize that there is tremendous strength in unity and that disagreement on some issues does not have to create animosity. In fact, by engaging in open discussions rather than demonizing, a great deal can be learned by all parties.

I am a registered independent, but I have many friends who are Democrats and many who are Republicans. One friend who identifies himself as a Democrat left Alabama at age 16 and headed to Boston in search of employment. He accidentally ended up in Hartford, Conn., and worked in a lowly position as a construction aide for a hotel that was being built. This young black man from Birmingham had a strong work ethic and was gifted with common sense.

Today, he not only owns that hotel, but he also owns many other businesses and is a philanthropist. We do not disagree about most important things, but we have some political disagreements, which have no negative impact on our friendship or our ability to work together on projects. If someone tried to exploit our differences, we would have a hearty laugh at their expense.

Those who spew venom at black conservatives would do well to read about the lives and philosophies of such luminaries as Booker T. Washington, George Washington Carver, Frederick Douglass, Harriet Tubman and many others who refused to subscribe to the victim mentality.

They should make an attempt to understand what it takes to ascend from the lifestyle of Southern sharecroppers to the office of secretary of state of the United States of America. Perhaps then they would rally to the side of Condoleezza Rice, who achieved this and much more including becoming a concert pianist. When the black community tolerates a group of liberal Rutgers professors who succeeded in disinviting Rice to their commencement because she is a black conservative, they embolden the controlling elites and dramatically minimize accomplishments that any ethnic group should be proud of.

We must fight for the precious hearts and souls of all of our young people. We have to give them the "can-do" attitude that characterized the rapid ascension of America. We must defang the dividers by ignoring them and thinking for ourselves.

I wish the haters and manipulators would take a moment to examine their hearts and motives. I hope they will think about using their intellectual talents for good. They would be wise to ask themselves this question: How much good did being one of the cool guys in high school do in the long run? Let us all give honor to the concepts of hard work, integrity, kindness, compassion, personal responsibility, family values, and faith in and obedience to God.

Many people from all backgrounds gave up their freedom, their blood and even their lives to provide a life of liberty and dignity for those trapped by the chains of legal discrimination and hatred. We must not allow their sacrifice to become meaningless by allowing "do-gooders" to substitute the chains of overt racism with the chains of dependency, low expectations, victimhood and misdirected anger.