Get Over the White House 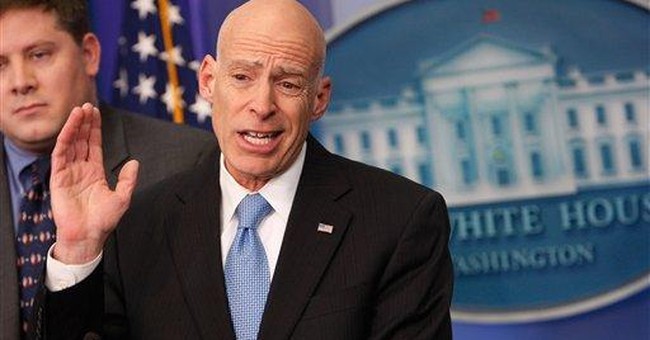 That was one of Newt Gingrich’s most important messages in a brilliant speech delivered to the Conservative Political Action Conference in Washington last month.

While the message may seem incongruous amid the fury of a presidential campaign, it is wise counsel nonetheless. Though he does not minimize the importance of the presidency, Gingrich rightly notes that, as the standard bearers for limited and local government, conservatives “should believe in a decentralized United States, where every elected official has real responsibility.” In light of this vision, Gingrich urges conservatives to devote energy, resources and intellectual capital to contests for the some 513,000 elected positions in the United States other than the presidency.

As you might expect, many conservatives have long-since taken this message to heart. For example, while Washington has bickered and bantered about our energy crisis, state leaders have taken concrete action to address the problem.

Consider the efforts of Chuck DeVore, a Republican legislator in the California State Assembly. DeVore recently stumped for a bill that would legalize nuclear power in the state. He was blocked by the Democrats, but now Governor Schwartzenegger announced to the Wall Street Journal that it is time for the Golden State to relook at nuclear power if it ever wants to meet energy demands for the future. DeVore has played a big role in bringing the issue out to the forefront and now he may gain real traction with the governor’s endorsement.

To be sure, conservatives may disagree on the merits of his nuclear bill. But that aside, we should applaud DeVore and his colleagues for taking action to address a problem that Washington refuses to confront in a serious manner. In order to maintain the strength of the conservative movement, we need to follow DeVore’s lead and advance state and local solutions for other issues such as healthcare, education and immigration.

Among those most worthy of our support are Senator Tom Coburn of Oklahoma and Representative Jeff Flake of Arizona. Both men have frontline foxholes in the battle over government spending.

Coburn’s most recent efforts center around a “hold”—a legislative maneuver—he placed on a bill which earmarked $10 million to build an interchange between Coconut Road and I-75 near Fort Meyers, Fla. In its original form, the bill included money for widening I-75, but arrived at the White House in a different form. In plain English, that means that the president received a bill different from the one passed by Congress—presumably because a few legislators sought to pack more pork into the bill. By placing a hold on the bill, Coburn has stopped its progress and forced an investigation. This is not terribly sexy or exciting work, but these are the fights conservatives must pick in order to change the spending culture in Washington.

Flake has joined the battle against earmarks in a different way, most notably by highlighting a different pork barrel project every week on his website. “Congressman Flake Spotlights Egregious Earmark of the Week,” is Flake’s unique way of shining the light on Washington’s spending practices. Flake includes the amount of the project, in addition to an often witty comment about the selection. Regarding the $750,000 for the Franklin D. Roosevelt Presidential Library in Hyde Park, New York found in the “President’s Day Edition,” Flake said, “those are some hefty library fines.”

Whether conservative action transpires at the local, state or federal level, it must revolve around big ideas. After all, when Americans clamor for “change,” what they really want are new ideas to solve problems—not empty platitudes heard from political candidates since time immemorial.

In this regard, minority status has its advantages, as it frees the GOP to draw stark contrasts between a conservative and liberal vision for America.

Tax policy remains an area ripe for such contrast. Gingrich suggested that Republicans actively advocate for an optional flat tax. According to Gingrich, 84 percent of the American people would like to have a one-page tax form with an optional flat tax. Gingrich said that Republicans could “change the entire tax debate” by sending out mailers with a one-page tax form that said: “Hi. Would you like to just change the whole tax code and have the option, now you can keep the current code if you want. If you like record keeping and you think you need your deductions, and you want to pay your CPA and your tax accountant or attorney, that’s fine. But if you’d like simplicity, clarity, and certainty, you could have this.”

Gingrich believes this sort of approach appeals directly to the center-right instincts of the country. Indeed, every conservative should strive to see those very instincts manifested in actual policy. And no matter what the news may say, change like that begins a whole lot closer to home than 1600 Pennsylvania Avenue.