A Challenge to the Liberal Captain America

Douglas MacKinnon
|
Posted: Apr 24, 2019 12:01 AM
Share   Tweet
The opinions expressed by columnists are their own and do not necessarily represent the views of Townhall.com. 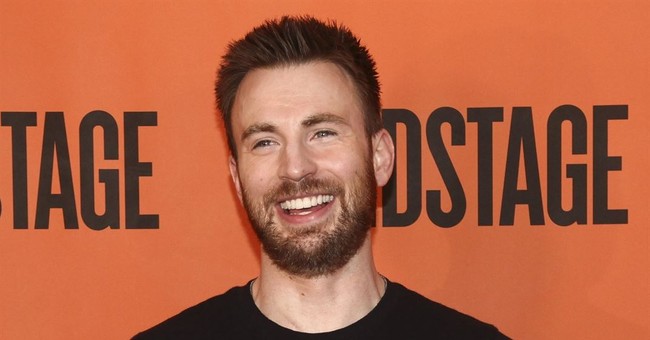 As “Avengers: Endgame” gets ready to suck up all the money on the planet earth, I throw down the gauntlet of honesty and fairness at the feet of Liberal Captain America.

The Captain America in this case being liberal Hollywood actor Chris Evans.  Or, as The Hollywood Reporter recently titled him:  “The Political Avenger.”

Political indeed.  His politics of late, being to bash President Trump as often as possible on his Twitter account in-between cashing his $15 million checks.

During an interview with The Hollywood Reporter from his $3.2 million Ivory Tower in the Hollywood hills, Evans mentioned that the President of Marvel Studios has no problem with him either attacking Trump or possibly alienating conservative and Republican movie-goers.

Said Evans:  “Marvel has never said anything.  On the contrary, when I bump into Kevin Feige (Marvel President), the first thing out of his mouth is ‘Man, I love what you’re doing on Twitter.”

Not surprisingly, the Marvel President took it further than that:  “I don’t see it as trash-talking.  I see it as very astute, very honorable, very noble, very CAP-like.”

During the very same interview, Massachusetts native and New England Patriots super-fan Evans said that it if turns out Tom Brady is really a Trump fan, he will most likely have to “cut ties” with the Greatest Of All Time quarterback.

For the record, I think Evans is a gifted actor and does an amazing job as Captain America.  By all accounts, he is a very good and caring person.  More than that, I strongly support his right to speak out and support any candidate, ideology, or issue of his choosing.

It’s not his talent, empathy, or passion I am questioning.  It’s his awareness, judgment, fairness, and ultimately honesty.

As a committed liberal, I suspect that Evans would admit that more than anything, he despises blatant and illegal discrimination.

And yet, he continually enriches himself to the tune of millions of dollars from the epicenter of such shameful and immoral discrimination.

This is where the honesty and awareness part comes into play.

Surely, Chris Evans is aware that Hollywood has been systematically discriminating against Republicans, conservatives, libertarians, and Christians for decades.

Next, we come to the issue of “cutting ties” with Trump supporters.

Tens of millions of good, hardworking Americans fed up with the lies and broken promises continually fed to them by both political parties decided that they simply couldn’t take it anymore.  With the welfare of their families and children in mind, they voted for Donald J. Trump.

I would caution Chris Evans that these incredibly hard-working Americans are not “The Enemy.”  Tom Brady is not his enemy.

In the age of Trump, I am beginning to lose count as to how many friendships, relationships, and even marriages have ended over the subject of Donald Trump.

I can assure Mr. Evans, that not one of them was ended by the conservative, Republican, libertarian, or Christian in the relationship.

The hate being dialed up by the left is truly dangerous.  Much of it coming from his colleagues in Hollywood.

I would remind Chris Evans that his fellow actor Peter Fonda suggested that then 12-year old Barron Trump should be “ripped from his mother’s arms and put in a cage with pedophiles.”

Fonda also encouraged the deranged to find out which schools the children of U.S. Immigration Agents attended so they could be terrified.

Within the body of his many anti-Trump tweets, does Chris Evans have any condemning Peter Fonda for such obscene and dangerous rants?

In fiction, Captain America was created to protect all Americans.  Most especially from one-sided totalitarian group-think.

Maybe the next time Chris Evans puts on his Captain America costume, he can pause to reflect upon the fact that those who support President Trump are not his enemy.

They are truly just everyday people far from the fame, luxury, and hedonism of the Hollywood Hills living paycheck-to-paycheck fighting not to get crushed by the elites of this world.

Douglas MacKinnon is a former White House and Pentagon official and author of the book: The Forty Days – A Vision of Christ’s Lost Weeks.