Media Owners Need to Stand Up to the Haters They Employ

Douglas MacKinnon
|
Posted: Feb 28, 2017 10:02 AM
Share   Tweet
The opinions expressed by columnists are their own and do not necessarily represent the views of Townhall.com. 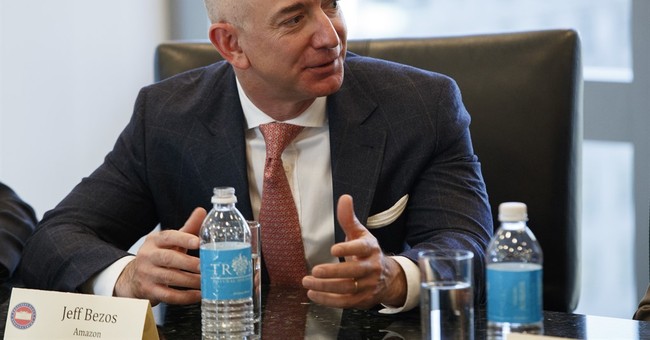 Less than two months into the presidency of Donald J. Trump, the welfare and domestic security of our nation and the very legitimacy of the executive branch is quite literally being deliberately and systematically targeted by a growing number of media outlets.

If left unchecked and unchallenged, anarchy in a number of different and destructive forms, will surely grow and spread across the country.

While "anarchy" is in-fact the ultimate stated goal of many on the far-left and the hope of many within the media, entertainment, and academia, they should fear the beast they have born, are feeding and now unleashing upon the land.

For should it escape its chains and shackles, it will spare none in its cataclysmic rampage.

If ever there was a time for "adult leadership" in the media to step forward and be held accountable, it is now.

Based entirely upon the exponentially growing evidence, there can be no doubt that major media outlets such as CNN, ABC News, CBS News, NBC News (with its cable-partner MSNBC) the New York Times, the Washington Post, USA Today, the Los Angeles Times, the Associated Press and others have either openly declared "War" on the administration of President Trump, or are actively aiding and abetting those who have.

Every single day, these liberal "news" outlets feed the beast of anarchy with highly inflammatory rhetoric comparing President Trump to "Hitler," "A Nazi," "Satan," "A Dictator," "A Fascist," "A Racist," and more.

Through and blessed by their "leadership," these media outlets feature articles and pieces calling for "Resistance," "Revolution," "Taking to the streets," and "targeted, confrontational protests."

When I Googled, "Resist Trump," over 81,000,000 results came up in 0.54 seconds. Of those, the New York Times, the Washington Post, NBC News, countless other liberal media outlets and a growing list of previous and newly created far-left sites oozed to the surface. NBC News went so far as to feature an App that will "harness the energy created on the left to oppose President Donald Trump's actions and policies."

While real pressure cookers have become a weapon of choice for radicalized homegrown terrorists in the United States, these media organizations are creating rhetorical pressure cookers all over the U.S. that, if and when they explode or boil over, will have long-lasting toxic results.

Knowing that undeniable truth, it is well-past the time for the ownership of these now blatantly biased and unprofessional media organizations to step to the forefront and exercise their civic and moral authority.

If they choose not to do so out of fear of the far-left turning on them, because they approve of the tactics now being employed by those who run the "news" organizations they own, or because they are honestly ignorant of what is being orchestrated under their noses, then President Trump should call them out by name and invite them to the White House for a summit to be held in the Cabinet room. A summit which should be held live and televised for the world to witness.

There, President Trump should read some of the most dangerous and inflammatory language aired on or reported in these "news" outlets and then ask the likes of Brian Roberts, the CEO of Comcast and owner of NBC, Robert Iger, the CEO of Disney and owner of ABC, Jeff Bezos, the CEO of Amazon and owner of the Washington Post, Carlos Slim Helu, the largest stockholder of the New York Times, Michael Bloomberg, the CEO of the news organization which bears his name, and Warren Buffett, who owns multiple newspapers across the country, if they are aware of these incendiary stories, approve of them, and have given any real thought to the long-term results of such stories?

In one way or another, each of these CEOs and billionaires are very good people who have honestly done great good for their countries, the community, charity and their employees. Each is truly known to be intelligent, responsible and a highly effective leader.

That said, there is no way they won't be able to recognize that the "resistance" to President Trump and the "call to revolution" being filtered through their media outlets is torching the very fabric of our democracy.

These flames of anarchy may have been lit by far-left organizations, but are now being almost entirely fanned by ideologues in the mainstream media determined to destroy the administration of President Trump at any cost.

The ownership of these outlets needs to take charge and douse these flames before they morph into an uncontrollable wildfire.