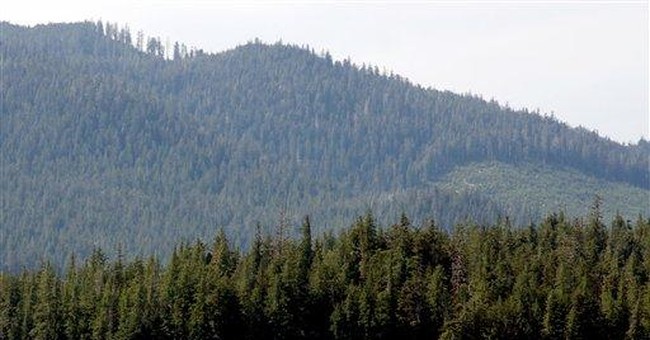 Trending
Once again this spring my daughter Regis and I were fortunate to spend two weeks hunting bears in Alaska with four Purple Heart recipients. As God would have it, three out of the four warriors were able to let the air out of some beautiful black bears and, thankfully, we got the majority of these hunts on film for our upcoming PETA petrifying TV show. Delicious.

Before splitting for Alaska and joining the best of the best for a black bear smack down, the Padrón Cigar Company in Miami gave my friend Oscar a box of cigars to bless our guests for putting their lives on the line for our freedom, families and flag. Muchas gracias to the Padrón Family. Rest assured, Señor Padrón, they welcomed and enjoyed the cigars immensely. The gentlemen who roasted these bad boys during the trip told me to tell you, “Thank you very much!” So, thank you very much.

I have long been a big fan of Padrón cigars. I love their entire lineup of smokes from the Family Reserve, to their top shelf 1926 series, to the 1964 anniversary edition, to their Padrón series, especially the 7000. I have never had a bad Padrón; their cigars have always rocked my world, and that’s why they will have a permanent place in my beautiful humidor.

Aside from Padrón’s generosity in giving cigars to our nation’s finest during our hunt and apart from being impressed time and time again with the quality of their smokes, I was also duly impressed by the story of how Padrón cigars came to be—especially in light of the fact of how many whiners in our nation have become giant, wet-diapered entitlement clowns. Not so with José Orlando Padrón. Check it out in José’s own words:

In 1962, I arrived in Miami, an unknown city in a foreign land. I had to start from zero. At first I received $60 monthly as government aid given to Cuban refugees. I was thirty-six years old, strong and in good health. Every time I cashed that check, I felt like a burden on the country that had taken me in. For many days, I looked for a job and did not find one. Every night, I went home and thought of the future. I was determined to do something so that I could support my family.

One day, Raul Fernandez, a friend who worked in the Cuban Refugee Office, asked if I had any carpentry skills. I said I did. He gave me a gift—a small hammer—which he asked me to put to good use. The hammer made me feel I had the necessary tool to become self-sufficient and not depend on government hand-out. During the days, I worked as a gardener. At night, I did carpentry work with the hammer.

My dream was to save enough money to open a factory to make great cigars, like the ones we used to smoke in Cuba. Through a lot of sacrifice and hard work I managed to save $600—money I made working with the hammer. With that, I made my dream come true and opened Padrón Cigars in 1964.

I still have the hammer as a reminder of how it all started. More than forty years later … the hammer is still here, and so is Padrón Cigars, the brand the hammer helped build.

Now, compare José’s story of sacrifice and success to the drivel you hear from the entitlement babies who think life and our government owe them something.

With vision, determination, a responsibility to provide for his family and a little hammer, José Orlando Padrón pounded out an immensely successful top quality cigar line.

If America is going to continue to be the great experiment in self-governance then we need the Padrón persistence injected into the American mix—as in, in a big way. As in right now.

Get a hammer and get busy, folks.