Conservative Cash and the Culture Clash 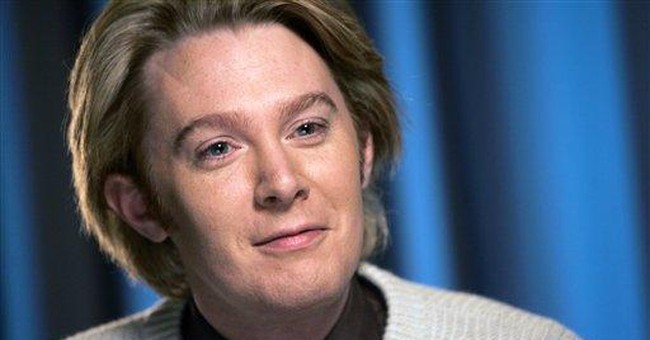 If you’re a conservative then more than likely you’re sweating over the direction our nation is headed. I’m talking about a level of concern similar to what a father feels at 2 am after it dawns on him that he actually okayed his cute 16 year-old daughter to go to a Tommy Lee keg party earlier in the evening.

And you should be because it appears that conservative values are vanishing from our culture faster than an uncooked cow brain burrito slathered in habanero sauce would blow through Larry the Cable Guy’s backside.

This is not the America you grew up in, nor is it the one you want your kids to inherit.

• Christians throwing banquets in honor of Ahmadinejad this week. This is progress? No, it is wussy Christianity at its ugliest. What’s next, a tickle fight with Satan? WTH Quakers and Mennonites?

• Our nation ogling a presidential candidate who, growing up, suckled on commie milk, is chummy with terrorists and race baiters, has been endorsed by Hamas and who intends to tax us all financially more than watching Rosie O’Donnell river dance in a thong would mentally.

• The looming threat of Islamo-facsists with the general opinion being that we asked for their animosity and should therefore come hat in hand to these killers who are nuttier than a squirrel’s turd.

• We have to suffer at the gas pump because greenies love humping trees and ferns.

• Our right to keep and bear arms is constantly under assault

• The big brothering of the private sector

• The slutification, wussification and secularization of our kids before they hit 2nd grade

• The majority of our college campuses are now left of Beelzebub

• 13 year-old girls being given birth control, or assisted in an abortion, without parents knowing diddly squat

• Press one for English

As a concerned conservative who doesn’t have it in me to curl up on the floor in the fetal position and get stepped on, I decided to start directing my pen and my radio show post 9/11 toward the things which I know are derailing our nation into an uber-liberal ditch.

Since that decision not to be a beholden and silent cow to ripe and foul secular folly, I’ve had the fun and good fortune to carry out my mission on TV, radio and right here on Townhall.com. God bless righteous outrage.

However, not everyone can or wants to write columns or do talk radio, but that doesn’t mean you can’t kick maximum backside for God and country.

One major way of waling on the liberal wonks is via giving a slice of your hard-earned dollar to stellar conservative organizations. I know reading a column about giving during this economic crunch is about as appealing as a turkey watching Rachel Ray’s Thanksgiving Special. That said, the conservative movement still needs the drachmas to dramatically diminish liberalism everywhere it raises its screeching secular head.

Traditionalist can cripple cultural coarsening critters with their cash. Our nation is embroiled in a culture war of enormous consequences, and giving during this clash is . . . uh . . . kinda important.

Matter of fact, in the new book, Funding Fathers: The Unsung Heroes of the Conservative Movement Ron Robinson and Nicole Hoplin of Young Americas Foundation fame tell the untold stories of the men, women and families who gave financial gifts small and large to make the conservative movement a force to be reckoned with. Yep, behind every Ronald Reagan there are folks who put their money where their mouth is and give the “Ronalds” the wherewithal to rock-n-roll.

Check this out from Regnery’s press release regarding Funding Fathers:

“It is important to us to honor the contributions of these men. They made the Conservative Movement a force to be reckoned with,” says Robinson. “Hopefully this book will inspire others to get involved in causes they believe in, to support them financially, and to contribute their time and energy to organizations dedicated to improving America’s future.”

In Funding Fathers, readers will learn:

• Conservative families give more money to charity than liberal families . . . even though liberals earn more

• How the mainstream media discourages conservative philanthropy, either by ignoring substantial gifts, or demonizing conservative donors

“There are so many interesting people profiled in this book,” says co-author Nicole Hoplin. “They were passionate, committed to their ideals, fiercely intellectual, and wonderfully generous. I’m proud that their contributions will finally be recognized.”

Culture wars—like real wars with guns—take cash. Lots of cash. One reason why conservatives are schvitzing right now is the way Obama has been bank rolled by Soros and the like. If Barack didn’t have that kind of mad money behind him right now, he probably wouldn’t be contending for the Presidency but rather Seacrest’s job on Idol. But money, contrary to what The Beatle’s sang, bought him love.

The Funding Fathers will show you, the conservative warrior, in dramatic fashion how the movement came into being and how you and I can skillfully make it thrive via our strategic financial giving both now and for the next generation.

Another Fauci Lie About Masks and the COVID Vaccine Comes Back to Bite Him
Townhall
'Is this good now?' When can we expect the usual suspects to sound the 'collusion' alarm over this report on Joe Biden and Vladimir Putin?
Twitchy
Matt Gaetz Has Little New to Fear From the Guilty Plea by Florida Associate Joel Greenburg to Federal Crimes
Redstate
Insanity Wrap #209: White People Even Walk Racist
PJ Media