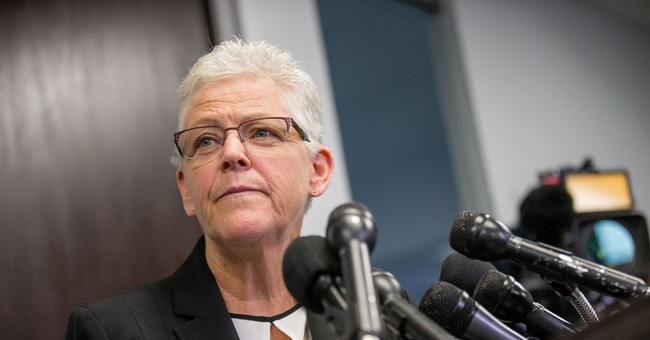 Unfortunately Harrison’s warning is coming true thanks to the Environmental Protection Agency (EPA). Not only will their Clean Power Plan “tax your heat” in the winter but it will tax your air-conditioning in the summer and every other thing you use that involves electricity – your coffee maker, iPhone, lights, computer, TV, toaster, and everything else you plug into the wall including your electric hybrid.

Under the EPA plan, the cost to produce electricity will go up, and since utilities have no interest in cutting their own profits or executive pay, they will simply pass the higher costs on to you, the consumer. Not only will the cost of you and your employer’s electricity go up, but so will that of your school, day-care center, church, police station, firehouse, and the manufacturer of everything you use.

In total, this plan will cost hundreds of billions of dollars to implement. Why are we doing this? The EPA says it is so that 85 years from now we might prevent a global temperature rise in an amount so ridiculously small, so trivial, so infinitesimal, so minuscule that is it unmeasurable. Even climate change hero James Hansen says “The actions (of the Clean Power Plan) are practically worthless.” I never thought I would agree with James Hansen, but in this case he is right.

The EPA’s costly regulation would not save a single degree of heating. Incredibly all this for 0.018 degrees. That’s 18 one-thousands of a degree. None of us would even feel it. This is crazy.

EPA announced its final Clean Power Plan rule to regulate “carbon pollution” on a hot day in August at a comfortably air-conditioned taxpayer subsidized White House ceremony. Nice optics. Overall the Plan forces states over the next 15 years to reduce carbon dioxide (CO2) emissions 32% from the electric power sector, to increase electricity produced by renewable sources to 28%, and lowers the share of electricity produced by low-cost coal to 27%.

To achieve these reductions, real people will lose their jobs and be forced to reduce their quality of life. EPA claims ancillary health benefits like a reduction in asthma rates but these benefits are already counted for under other regulations and have nothing to do with carbon emissions.

The Poor Will Suffer the Most

This week, the Heritage Foundation and Texas Public Policy Foundation (TPPF) joined together to host a panel discussion on “How Climate Policies Hurt the Poor.” Mario Lopez of the Hispanic Leadership Fund discussed how low income Hispanic families will be hurt by these plans to raise utility rates. Harry Alford, President of the National Black Chamber of Commerce (NBCC) passionately explained the importance of creating opportunity for black families and stopping environmental policies designed to keep the poor dependent on government handouts. The NBCC recently commissioned a study to evaluate the potential economic impact of the CPP on minority groups and found it would increase poverty in the black community by 23% and cause the loss of 7 million jobs for black Americans by 2035.

TPPF’s Kathleen Hartnett White outlined energy poverty conditions in Europe where increasing numbers of households are impacted by electricity rates several times the rates in the U.S. with growing dependence on burning wood.

Finally Dr. Cal Beisner of the Cornwall Alliance compared historic trends in child mortality and prosperity pointing out that a billion people in developing countries depend on wood and dung as primary cooking and heating fuels with significant health consequences.

RESISTANCE TO THE CLEAN POWER PLAN

It should be no surprise then that there is an intense effort underway to resist the Clean Power Plan. The plan hurts everyone, especially the poor. The action is playing out in Congress, the States, and in the Courts.

In Congress, Senate Majority Leader Mitch McConnell has been an outspoken critic of the plan and wrote all 50 Governors encouraging them not to comply. The Senate Committee on Environment and Public Works passed the Affordable Reliable Electricity Now Act of 2015 (ARENA Act) which provides protections for the states and mirrors the already House passed Ratepayer Protection Act. It is likely Congress will use its power under the Congressional Review Act to express its opposition to the rule.

In the Courts, the EPA plan is already the subject of litigation. In just the last month, 16 states appealed to EPA for an administrative stay of the rule, and 15 states have filed in court asking for a stay. It is likely that 17 states or more will file suit on the constitutionality and substance of the rule once it is published in the Federal Register this fall.

But since President Obama must approve anything the Congress does, this seemly highly unlikely where the CPP is concerned. Similarly anything in the courts, even if successful, will likely take years to complete. So it is clearly up to the States to protect themselves from this massive, unconstitutional and costly action by federal bureaucrats in the Washington. State Governors should refuse to submit a state plan, state legislatures should pass bills to protect ratepayers, and states should join together in support of the Interstate Power Compact.

This is how states can protect ratepayers and especially the poor.

Unfortunately, we are at a place in this country where almost no new information can sway people from their position on climate change. Legitimate, credentialed so-called “believers” and “deniers” hurl scientific data back and forth on climate trends. Perhaps it is fitting that this very week the Pontiff is speaking out on this subject in Washington, because it appears for many the absoluteness of what to do about a changing climate has become a religion.