Congress Is Deadlocked on 2018 Budget, Immigration Reform Has Stalled, and We May Face Another Shutdown

Donald Lambro
|
Posted: Feb 02, 2018 12:01 AM
Share   Tweet
The opinions expressed by columnists are their own and do not necessarily represent the views of Townhall.com. 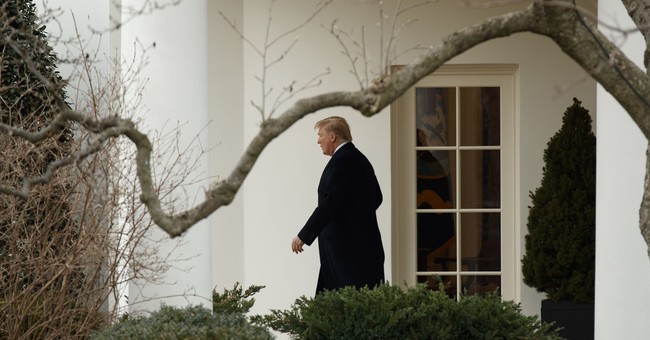 WASHINGTON - The threat of yet another government shutdown looms in about eight days amid speculation that next year’s budget deficit could speed past $1 trillion.

Despite a fast-approaching Feb. 8 deadline, Congress appeared no closer to passing a budget, after it approved a stop-gap bill last month, giving lawmakers more time to reach agreement on a variety of divisive issues, including immigration.

A growing number of lawmakers in both parties were complaining about out-of-control figures in both domestic and defense spending.

Republican Sen. Bob Corker of Tennessee called the large increase in military spending “grotesque,” while Rep. Mark Meadows of North Carolina, chairman of the deficit-fighting Freedom Caucus, said “It is generally understood that the [domestic spending numbers] will be far too high.”

It is reported that Republican lawmakers are planning to increase military spending by an additional $80 billion, and raise domestic spending by $63 billion.

The federal government will spend $4.1 trillion in this fiscal year, but even that may not be enough tax revenue to pay its bills, forcing the government to borrow additional funds needed to meet its obligations.

The Committee for a Responsible Federal Budget, which tracks government spending levels, previously estimated that the annual deficit may climb to $983 billion by fiscal 2019.

But that estimate was made before the temporary stop-gap budget passed late last month that delayed some healthcare taxes that will reduce federal revenues, adding to the deficit.

Yet other budget watchdog groups — including the Club for Growth — believe last month’s $1.5 trillion in tax cuts will accelerate the economy’s expansion and dramatically boost tax revenues that will shrink the deficit.

However, as things stand now, many lawmakers are not optimistic about passing a year long budget deal that includes a compromise on immigration, military spending and other expenditures.

“While lawmakers could still find a way to break the impasse before the Feb. 8 shutdown deadline, odds were rising that Congress will once again punt and pass yet another short-term spending bill, which would be the sixth time since Trump took office,” the Washington Post reported this week.

Why has it been so difficult to pass the government’s budget? Two reasons are given by lawmakers.

In the Republican-controlled House, spending bills can sail through just with a simple majority. The Senate’s a lot more difficult because 60 votes are required for spending bills, forcing the GOP to find votes in the opposing minority party, which is a rarity nowadays.

The job of moving budget and appropriation bills through Congress has become so difficult that lawmakers have begun calling for the return of earmarks, money for each lawmaker’s pet projects back home. Secretly inserted into spending bills, they were often the grease that got major appropriations bills passed.

“This is heresy to many senators, but I will tell you the loss of earmarks has meant the loss of investment in the legislative process,” former senator Tom Daschle of South Dakota told the Washington Post.

“When we lost that, we lost one of the elements that leadership has to get things done,” the former Senate Democratic leader said.

As I reported in a recent column, even President Trump suggested bringing back pork-barrel ear marks that were banned in January 2011 after a large number of corruption and campaign payoff scandals swept through Congress.

But the problem of getting budgets passed on time isn’t the result of banning earmarks, but the lack of leadership.

President Trump has the benefit of a Republican-run Congress and the power to invite members into his Oval Office, many of whom may be facing tough re-election prospects. And maybe a few moderate Democrats, too, but he doesn’t know how to deal.

LBJ knew how to manipulate the presidential levers of power to corral the votes he needed to get his agenda enacted.

President Reagan, who faced very strong Democratic opposition on Capitol Hill, found that he had a number of conservative Democratic lawmakers in the House who helped get his tax cuts through.

Then-Democratic Congressman Phil Gramm of Texas, who was on the tax-writing Ways and Means Committee, was one of them. He told me at the time that he kept the White House informed of what was happening in his party and quietly helped Reagan corral the votes needed to enact his tax cuts.

It’s time that Trump began taking a few pages out of Reagan’s political playbook and soon. Another shutdown may be just a week away.