Denials of Wiretapping Claim Come From All Directions

Donald Lambro
|
Posted: Mar 17, 2017 12:01 AM
Share   Tweet
The opinions expressed by columnists are their own and do not necessarily represent the views of Townhall.com. 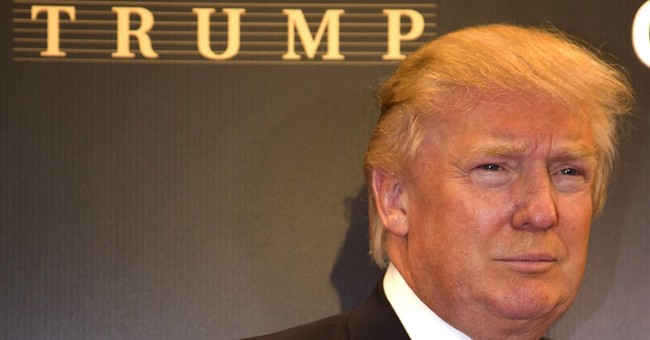 WASHINGTON -- Two of the government's highest-ranking intelligence officials will go before a House committee next week to testify about President Trump's bombastic claim that his predecessor "tapped" his phones during the 2016 election.

FBI Director James Comey and Adm. Mike Rogers, who heads the National Security Agency, have agreed to undergo questioning, under oath, before the Republican-run House Intelligence Committee, whose chairman has expressed deep doubts about Trump's accusation, which was sent out in a tweet on March 4 without a scintilla of evidence to back it up.

"We don't have any evidence that that took place," Rep. Devin Nunes of California said this week. "I don't think there was an actual tap of Trump Tower."

Nunes, who was on Trump's transition team, said that if you take his tweets literally, then "clearly the president was wrong." But he added that it was "very possible" Trump could have been swept up in a surveillance effort targeting foreign nationals here.

Yet Comey is so certain that Trump's accusation is false that he asked the Justice Department to issue a statement refuting it.

Even White House press secretary Sean Spicer, who has been doing verbal somersaults in response to an avalanche of questions at his daily news briefings, seems to have thrown up his hands. This week he said neither Trump nor the White House would respond to further questions about the controversy until Congress finishes its investigation. "I'm going to let the tweet speak for itself," he said.

At least four House and Senate committees are investigating Trump's charges, along with revelations about previously undisclosed Russian contacts with some of the president's top advisers.

Senate Judiciary Committee Chairman Charles Grassley of Iowa, who is conducting one of those investigations, has angrily complained that the Justice Department was stonewalling his requests for relevant documents sought by the panel.

"It's not if they're treating us differently than another committee. It's if they're responding at all," Grassley told The Washington Post Wednesday.

Now Grassley is threatening to hold up the nomination of Rod J. Rosenstein to be deputy attorney general until the committee is fully briefed by the FBI about whether it has begun a full criminal investigation into Russian interference in last year's elections.

Over in the House, Nunes has begun a similar inquiry into the Kremlin's behind-the-scenes attempts to influence the presidential election in Trump's favor.

Both Russia's clandestine interference in U.S. politics and Trump's disturbing habit of making explosive political charges without supporting evidence have dramatically overshadowed the first two months of his presidency.

Even in the face of flat denials by top officials in the Obama administration, who were in a position to know, Trump has stuck to his incendiary claim that the former president personally ordered a tap on his phones.

Comparing the alleged action to "McCarthyism," Trump charged in a tweet last weekend that "This is Nixon/Watergate."

"Is it legal for a sitting president to be 'wire tapping' a race for president prior to an election?" he said in another tweet.

Well, none other than James R. Clapper Jr., the former director of national intelligence at the time, said it never happened. "There was no such wiretap activity mounted against the president-elect at the time as a candidate or against his campaign," Clapper said last week on NBC's "Meet the Press."

If that had occurred, he said, he would "absolutely" have been told that the FBI had sought and received a court-ordered warrant to tap under the Foreign Intelligence Surveillance Act (FISA). "I can deny it," Clapper said.

FBI Director Comey would also be privy to any FISA request, which is why he asked the Justice Department to reject Trump's wiretap claim. Thus far, the department has refused to do so. That's because Attorney General Jeff Sessions, one of Trump's close campaign advisers, has recused himself from all investigations connected to the president.

And the Senate Judiciary Committee is threatening to block Rosenstein's nomination to be Session's deputy -- who would be in charge of the entire investigation.

Meantime, it surely is the height of political irony that Trump, who brands any and all news media revelations about his presidency's troubles as "fake news," is being accused of the very same thing.