Donald Lambro
|
Posted: Jul 22, 2016 12:01 AM
Share   Tweet
The opinions expressed by columnists are their own and do not necessarily represent the views of Townhall.com. 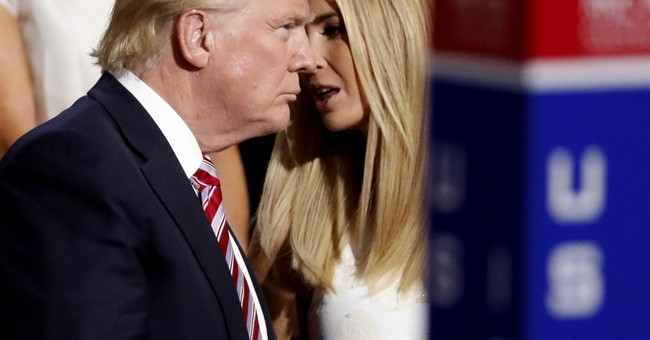 WASHINGTON -- The Republican National Convention ended the way Donald Trump wanted it to, by nominating him for president, but well short of uniting his party for the divisive general election to come.

It wasn't for lack of trying. The GOP's two top leaders in Congress, House Speaker Paul Ryan and Senate Majority Leader Mitch McConnell, spoke in his behalf, despite deep misgivings about the man who now leads their party.

Then came a few other past and present party leaders who tried to rally the GOP's rank and file behind Trump's candidacy: former House Speaker Newt Gingrich, New Jersey Gov. Chris Christie, and Trump's vice presidential running mate, Indiana Gov. Mike Pence, who gave an eloquent defense of the nominee.

But the GOP's deep divisions were exposed anew by Trump's last primary opponent, Texas Sen. Ted Cruz, who was loudly booed by convention delegates for refusing to endorse the party's nominee in his remarks.

He had signed the pledge to support the nominee of their party, as other GOP candidates had, but turned his back on the man who had beaten him in the GOP primaries and won the nomination in Cleveland this week.

"Vote your conscience," Cruz told GOP delegates and Republicans across the country Wednesday night. "Vote for candidates up and down the ticket who you trust to defend our freedom and to be faithful to the Constitution."

In the final weeks of the primary battles, Trump bitterly attacked Cruz as a serial "liar," mocked his wife, and even speculated that Cruz's father was connected to President Kennedy's assassination.

In the uproar that followed his non-endorsement speech, Cruz told a meeting of Texas delegates on Thursday that he was "not in the habit of supporting people who attack my wife and attack my father."

But the bitter feud between the two is the least of the problems that Trump faces in the general election. The deeper divisions in Congress, state governments and the nation's electorate are far more troubling.

According to an endorsement count on the Washington Examiner's website, there are 41 GOP House members in the 247-member majority who haven't said whether they will endorse Trump -- and at least 13 more who have already flatly said they won't endorse him. At least 137 others had already announced their support earlier this year.

In the Senate, at least half a dozen Republicans, out of their 54-seat majority, have said they won't endorse Trump, while 30 of them have said they support his candidacy.

Those are small anti-Trump numbers, perhaps, but reflective of larger numbers in the overall electorate.

Trump clearly has a large base of support, as was very clear in the primaries and caucuses. But presidential races in the general election, especially with Republicans, are won by making inroads among key minority voting blocs.

In 2004, George W. Bush won re-election with 16 percent of the black vote in Ohio. No Republican has won the presidency without carrying this state. He won 11 percent of black voters nationally.

But that's not the case with Trump. The Washington Post-ABC News poll shows Hillary Clinton winning the support of nearly 90 percent of the black vote in Ohio. Trump draws just 4 percent of them. A recent NBC News/Wall Street Journal survey shows Trump drawing zero black support in the Buckeye State.

It's not hard to see why, writes Michael Kranish in The Washington Post. Late last year, "Trump drew criticism when he retweeted a tweet that said blacks killed 81 percent of white homicide victims" across the country. "The claim quickly was shown to be false. The actual number was 15 percent; 82 percent of whites were killed by whites," Kranish reported.

But Trump also faces nationwide rejection from one of the largest and fastest-growing minority groups in the United States: Hispanics.

In 2004, Bush won 64 percent of the Hispanic vote in the South, up from 29 percent in 2000. A Democratic Party strategist in charge of Hispanic outreach told me at the time that the Bush forces had mounted a far more effective campaign. "We were outgunned," she said.

But Trump can kiss the large Hispanic vote goodbye in November. According to a national poll of Hispanic voters for Univision earlier this month, Clinton drew a muscular 70 percent of their vote. Other polls show her getting an even larger share than that.

Meantime, this week's Republican convention was a huge disappointment because it lacked what successful party gatherings have presented in the past: a bevy of the party's biggest stars, including most of the presidential candidates past and present, in a powerful show of unity, support and diversity.

Instead, we saw a convention that told us very little, if anything, about the nominee and his character. Trump had his wife, Melania, and his children at the podium speaking about him, but none of them told a single personal story that gave Americans any insight into his character.

In 2012, Mitt Romney's wife told America of their long marriage, surviving on pasta and tuna fish in a basement apartment, with an ironing board for their table. Longtime friends told of Mitt regularly visiting their son dying of cancer, and related other stories of caring for those in a time a need.

There was none of that in Trump's convention. "Speakers aren't sharing their personal stories about Trump," a newspaper headline read the next day.

Maybe that's because this is, at its heart, a synthetic, antiseptic campaign of slogans and insults by a very rich man who believes running the country is no different than hosting a reality TV show.