Will This Be the Year When the GOP Will Blow a Chance to Win Congress and the White House?

Donald Lambro
|
Posted: Mar 18, 2016 12:01 AM
Share   Tweet
The opinions expressed by columnists are their own and do not necessarily represent the views of Townhall.com. 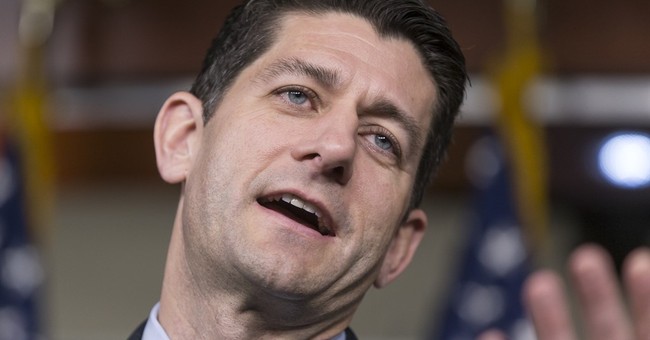 America is at war over its politics and the transition from one administration to the next. The U.S. Senate flatly refuses to fill a Supreme Court vacancy until a new president takes office. And the economy appears to have all but stopped growing.

The federal government is deeply in debt to the tune of $19 trillion, Congress is having trouble approving a budget for the coming fiscal year. And a former TV show celebrity who says he will need people around him who understand how government works, is getting closer to winning the 2016 Republican presidential nomination.

Wait, it gets worse. There is now talk in the GOP of the possibility of a contested convention if Donald Trump can't win a majority of the delegates needed to be nominated.

And Trump, who urges supporters at his rallies to "rough up" protesters, and "knock the crap out" of them, warns his party that if he gets close to the nomination, but is denied it this July, things could get very ugly.

"I think you'd have riots," he told CNN News.

Calmer voices in the party's leadership reject the notion there could be a convention fight, saying Trump will likely have the 1,237 delegate votes to lock up the nomination at the end of the primary cycle.

But the Trump's remaining challengers, Sen. Ted Cruz of Texas and Gov. John Kasich of Ohio show no signs of going away anytime soon -- and will likely take their fight all the way to the convention in case Trump falls short in the delegate count.

And Sen. Marco Rubio of Florida, who has suspended his campaign, isn't releasing his delegates, either.

For these three rivals, a contested convention remains a real possibility.

Meantime, Kasich's clear victory in Ohio Tuesday sent a worrisome message to the Trump campaign about his weakness in a key state that will be pivotal in the general election -- especially in the northern rust belt states.

Republicans can't win the presidency without carrying Ohio, and Trump is especially unpopular there.

In voter exit polls, more than half of Ohio's Republicans said they would not vote for Trump in November -- the highest percentage who said that in any of the March 15 contests.

Another pre-election statistic that troubles the Trump team in the primary/caucus votes thus far has been his inability to broadly break into the 50 percent point range.

In Florida, he won with around 45.8 percent, but his three rivals claimed nearly 51 percent of the remaining vote.

In North Carolina, Trump drew roughly 40 percent of the votes, but nearly 57 percent voted for one of the other three.

In Illinois, Cruz, who came in second, Kasich and Rubio raked in nearly 59 percent of the total vote, with Trump in the 40s.

And in Missouri, where it was a near tie between Trump and Cruz in the 40 percent range, his opponents drew more than 56 percent of the vote.

There have been reports throughout the GOP's primary season of Democrats crossing over to vote for Trump in the belief that he will be the easiest candidate to beat in the general election.

And on election day, of course, these cross-over voters will be voting for Hillary Clinton, not Donald Trump.

But in the combat game of presidential nominations, it's all about the delegate count and on that score Trump has won an impressive string of victories that have propelled him well ahead of his competitors.

Nevertheless, his negatives are very high, as the Ohio exit polls have confirmed, in addition to other polling data around the country.

And it's hard to see him overcoming his reputation as a vitriolic, egocentric, insult-spewing, incendiary tough guy. Unless he decides to reinvent himself between now and the GOP's convention in Cleveland this July.

That's unlikely to happen, though he has hinted that the tone of his campaign could change once he's won the nomination and prepares to go one-on-one with Clinton in the general election.

After eight job-challenged, economically painful years under Barack Obama's presidency, this was supposed to be a slam dunk election for Republicans who have been on tear politically in the last half of this decade.

They have won control of the House and then the Senate in the last two elections, expanded their strength among the governorships, even in the bluest of blue states, and beefed up GOP control of most of the state legislatures.

All that is left for Republicans to conquer is the White House to fix the economy, put the brakes on spending and overhaul an anti-investment, anti-job, anti-growth tax code that is holding our country back.

There are those who think the economy can't get much worse, but in fact it can and it will, until we radicaly change the government's big spending, anti-business, soak-the-rich policies.

The Obama economy barely grew at a mere 1 percent in the fourth quarter and is forecast to do little better in the first three months of this year.

The Obama economy is so weak that the Fed, under Obama's hand-picked chairman Janet Yellen, postponed raising interest rates Wednesday, and cut their economic forecasts for the year.

The country was ready for a new GOP administration, not the third Obama term that Hillary promises.

But fate may have dealt the GOP a bad political hand in this election year. Most Republicans in Congress find Trump totally unprepared for the presidency. And Cruz is disliked, if not hated, by most lawmakers.

Not long ago, Hillary was toast politically. Now she has a good chance to be our next president.