Is the GOP Presidential Election Headed for a Convention Fight In Cleveland, Ohio?

Donald Lambro
|
Posted: Feb 17, 2016 12:01 AM
Share   Tweet
The opinions expressed by columnists are their own and do not necessarily represent the views of Townhall.com. 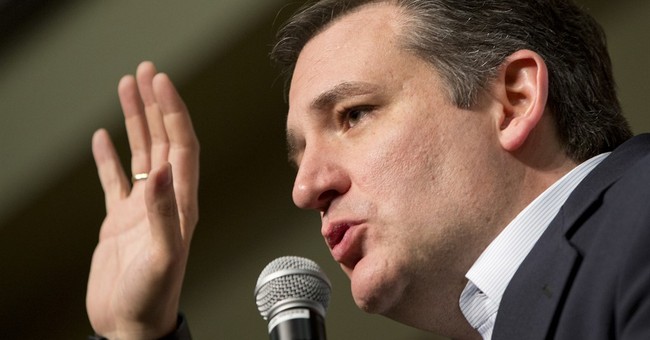 Is Donald Trump reaching the limit of his support for the Republican presidential nomination?

That is the question that some of the GOP's strategists are asking themselves as they chart his polling numbers in the march toward the party's convention this summer.

With the still sizable pack of candidates dividing up the primary votes and showing no signs of dropping out of the race -- at least not until Super Tuesday -- Trump still faces considerable opposition.

The upcoming South Carolina primary is a case in point.

A Public Policy Polling survey published in the State newspaper shows Trump leading with 35%, with Ted Cruz and Marco Rubio tied for second place at 18% a piece.

They were followed by Ohio Gov. John Kasich at 10%, with Jeb Bush and Ben Carson drawing 7 percent each.

Trump's five rivals are drawing 60 percent of the vote, suggesting that the Republican race is still very fluid and arguably still up for grabs.

A CBS poll this month showed Trump ahead at 42% in South Carolina, but Cruz, Rubio and Kasich with nearly 45 percent of the remaining vote.

What this suggests is that as the Republican field of candidates shrinks to two or three of the strongest rivals to Trump, their numbers are likely to grow and the race will tighten.

Other factors will be at work as the election moves into the Southern Super Tuesday primaries and other Southern contests taking place before March 15 that could benefit Trump's strongest opponents.

Veteran campaign strategist Donald Devine points out that these contests "are required for the first time to award their primary delegates by proportional representation where each candidate wins only the percentage of delegates he receives from the popular vote, rather than the first-place candidate winning all delegates."

"That method guarantees no candidate will be able to build a commanding lead until after March 15 when winner take all nomination contests become possible," Devine writes this week in the American Conservative.

It's these contests-to-come that could scramble the delegate counts among several candidates and, possibly, lead to a contested or brokered convention.

As a result of ending Super Tuesday's winner-take-all rules, "not only will there be no bandwagon effect for a southern favorite like Cruz, but the decision basically turns regional power to the Midwest, Northeast, Florida, and California, a moderate establishment's dream for a Kasich or Jeb Bush," Devine says.

But major party leaders play down the possibility of a convention delegate battle as unlikely.

Republican party chairman Reince Priebus, who helped write the party's rules, recently told Time magazine, "I know the rules pretty well [and] I'm pretty confident in how delegates are allocated… and I believe that clarity will come very soon" as to who will win the nomination.

The sizable and competitive field of candidates "doesn't mean that, by the end of March or mid-April, the end of April, that it isn't going to be very clear," Priebus said.

But Devine thinks that while the party chairman helped write the nominating rules, he "vastly underestimates the dangers they represent.

"Trump has spent almost nothing thus far, so why can't he go on forever? Certainly, the establishment candidate will not lack funds and neither would a competitive Cruz," he says.

One overriding political factor is pretty clear by now -- that the electorate is deeply divided and Trump's voters are seemingly set in stone on his candidacy. He boasted recently that his voters are so loyal, "I could shoot a guy on Fifth Avenue and not lose a single vote."

But there are signs that political cracks are beginning to appear in his base of support and his incendiary agenda.

After last Saturday night's GOP debate in Greenville, S.C., where Trump was loudly booed when he went on the attack against Cruz and Bush, a CBS poll asked voters in the state who won, and got some surprising responses.

Both Kasich and Rubio oppose Trump's plan to deport an estimated 18 million illegal Hispanics -- the centerpiece of his candidacy -- and have said so in previous debates.

Kasich has flatly said "it will never happen," while Rubio supports giving legal status to families who've lived and worked here for several years or more, have never been in trouble with the law and pay their taxes.

This election battle still has a long way to go before it is decided in July at the Republican National Convention in Cleveland.

But deeply held doubts remain among the voters about the present candidate lineup and their agendas.

I can only imagine that many voters were rolling their eyes in front of their TV sets while watching the candidates battling each other about immigration when they are far more concerned, as the Gallup Poll reported, with the dreadful Obama economy and low income jobs.

Gallup reported this month that of all the issues swirling around, "A net of 39 percent name an economic issue as most important."

Immigration, on the other hand, registers a mere 10 percent, according to the Gallup poll.

It's hard to remember when the political tone or rhetoric being hurled back and forth in the presidential TV debates and speeches have been this nasty, irreverent, childish or profane. "Liar, liar" seems to be Trump's favorite epithet.

Kind of makes you pine for the bygone debates of old when Ronald Reagan responded to some falsehoods from Jimmy Carter by merely saying, "There you go again."