Only 23 Percent say Trump is Honest and Trustworhty 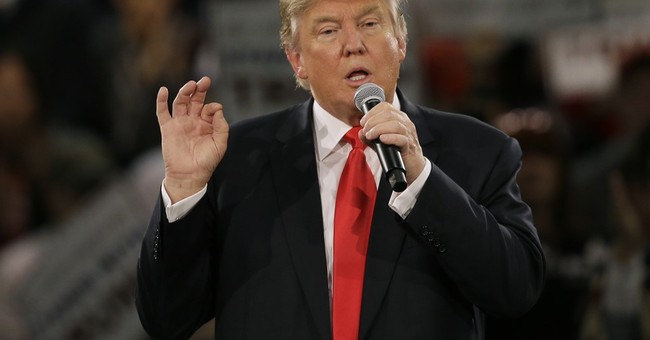 Donald Trump continues his climb in the national polls for the Republican presidential nomination, while Hillary Clinton is well ahead of him in the general election match ups.

With the news media focused on Trump and next year's GOP primaries, the political reality is that the bombastic billionaire is significantly trailing Clinton by 53 percent to 40 percent among adults.

And trailing among registered voters, too, by 44 percent to 50 percent, though within range of the sampling error in the latest Washington Post/ABC News poll.

Notably, the new poll reveals that 69 percent of adult Americans said they would feel "anxious" with Trump as president -- with 49 percent saying "strongly" so. Only 29 percent said they were comfortable with him.

On the other hand, 51 percent said they'd feel anxious with Clinton in the Oval Office, with 47 percent saying they would be comfortable.

Meantime, the Post poll also revealed strong opposition to Trump's proposed ban on letting Muslims who are not U.S. citizens into our country.

Only 36 percent of all Americans said they'd support such a ban, while 60 percent said it would be the "wrong thing to do."

Democrats oppose such a ban by 82-to-15 percent, while Independents opposed it by 58-to-38 percent.

Republicans, however, back Trump's ban by 59 percent to 38 percent.

Republicans trust him by a wide margin over all of his GOP political competitors -- by 50 percent or more -- when asked who can better handle terrorism, immigration, bring needed change to Washington, and exert strong leadership.

Trump's weakest scores (23 percent) were for "most honest and trustworthy" -- the result of making statements that proved to be false -- and "best personality," the result of insulting remarks aimed at women and other candidates in the GOP race.

Trump leads among every Republican demographic and ideological group, but men were far more likely to support him than women -- a sign of Clinton's strength and Trump's weakness with a key voting bloc.

While a majority of Americans oppose Trump's ban, it is clear that terrorism has become the biggest issue among voters since the terrorist attacks in San Bernardino, Calif. and Paris.

After seven years of polling, when the economy and jobs were seen as the main issues named by the voters, the political terrain has shifted dramatically for the GOP.

Now, 38 percent of Republicans mention the terrorist threat compared to 29 percent who point to the economy, and 6 percent who single out immigration.

Notably, Democrats rank the economy as the paramount issue before the country -- a warning shot to Clinton who will be forced to defend the perpetually anemic, sub-par Obama economy in next year's election.

Yet, at a time when it appears that voters are rejecting the GOP's establishment candidates, the poll suggests otherwise.

It found that 57 percent of adults said they would prefer a candidate with political experience, while only 37 percent said they wanted to put an outsider in the White House.

But among Republicans, 58 percent said they want an outsider rather than anyone with government experience. Trump was the overriding choice in this group.

Yet the three candidates who had experience in major state governorships, who were at the bottom of the polling rungs, weren't giving up -- predicting their fortunes would turn around.

Ohio Gov. John Kasich put it this way on CBS's Face the Nation:

"At the end, people are going to say, 'Who can land the plane and who has got the experience?' They're frustrated. They're upset. But you know what? Over time, people tend to settle down when they actually go into the voting booth."

New Jersey Gov. Chris Christie, campaigning in New Hampshire over the weekend, said, "It's time for us to get serious."

"You don't want somebody sitting in the [Oval Office] chair, spinning around going, 'Gee whiz, isn't this great to be president?'" he said. "You want somebody who's going to… understand from the first minute he sits in that chair that this is serious business."

Former Florida governor Jeb Bush has been pounding the same theme for months.

At a town hall speech in Hooksett, N.H., Bush said that in the end, the voters are going to say, "I want someone who can actually lead, that can do the job, that I can look into the past and have some sense going forward that he has the right stuff, that he can make the right decisions, that he's a serious person."

None of this, perhaps, sounds as exciting as when Texas Sen. Ted Cruz, a freshman, said the answer to the war on terrorism was "carpet bombing" the bad guys hiding in civilian populated cities.

Before he became governor, Christie was a tough as nails federal prosecutor who put crooked Republicans and Democrats behind bars.

And the only one among the candidates who conducted terrorist investigations under the Patriot Act, the FISA court, interacting with foreign officials on terrorist cases.

"No one else on that stage has done that," he said.

Many times a presidential candidate comes along who can give a great speech, but knows absolutely nothing about the machinery of government, its laws, the tax code and how to deal through a contentious thicket of 535 men and women on Capitol Hill to break a legislative gridlock.

Experience still matters and inexperience can hurt our country…badly. We've survived both.

There was Ike and Reagan, and then there was Jimmy Carter and Obama. Choose wisely.