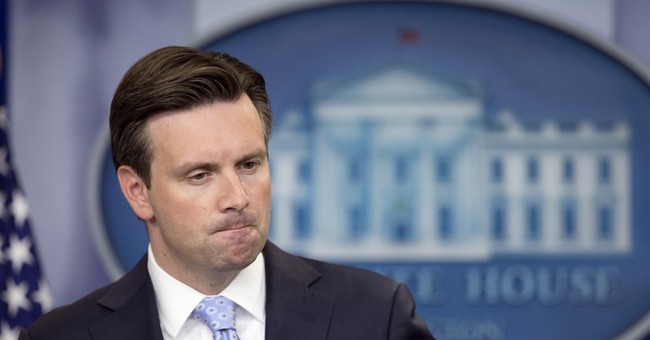 The measly number of jobs that the Obama economy created last month is raising new fears of a steeper employment decline this year and next.

The U.S. Labor Department's data gathering arm said employers added only 142,000 jobs in September, far less than the 201,000 jobs that were forecast.

BLS's estimate in August was revised downward, too, showing that the economy had produced only 136,000 jobs, not the 173,000 jobs originally reported.

July's jobs report was also revised lower from 245,000 to 223,000. The administration is big on revising job data, because the original, exaggerated estimate draws all the news coverage and the downward revision is ignored.

Taking Friday's revision into account, employment gains have averaged just 167,000 a month over the past three months. In a nation of 160 million working age adults, that is pathetic.

Worse, there are bigger job cuts to come, with future layoffs totaling 58,877, according to the job analysis firm, Challenger, Gray & Christmas.

That's a 43 percent jump from the previous month, and it's on track to score the highest layoff levels since 2009. "We could see more job fallout" to come, the firm said.

Economic analysts are digging into the rapidly shrinking figures to find the chief causes of America's downward job spiral. The Obama administration is putting all the blame on the global economy's slowdown, particularly China.

But critics are pointing to more local problems here at home: the Obama administration's anti-growth, anti-job, anti-investment fiscal policies. The nation's workforce has shrunk to 62.4 percent of the population, the lowest level since 1977, as discouraged workers have stopped looking for employment.

"The new numbers are poor on pretty much every level," writes New York Times star economics analyst Neil Irwin, who says September's job numbers "are easily the worst of 2015 so far."

"This is usually the point in one of these stories where we list the silver linings -- the countervailing details that suggest it isn't as bad as all that. This report doesn't really offer any," Irwin says.

President Obama and his apologists in the White House keep pointing to the low 5.1 percent unemployment rate as one of his biggest accomplishments. In fact, he had little if anything to do with it.

The declining unemployment rate is largely due to the way the BLS defines longterm jobless people who have given up looking but still want to work.

When BLS survey-takers ask them if they have looked for work in the past four or more weeks, and they say "no", they are not added to the unemployed list and the jobless rates goes down. Pretty clever, huh?

Let's add one more nail into what and who's responsible for Obama's 5.1 percent unemployment rate.

Morgan Stanley, a leading investment firm, released an analysis last week that said the falling unemployment rate was "entirely attributable" to the decline in the labor force participation rate.

In his rah-rah speeches about his economy, Obama always throws out rosy manufacturing numbers. But what about last week's Institute of Supply Management report that suggests U.S. manufacturing "slowed to a standstill in September," Irwin asks.

Obama is silent as the grave on that question and does not bring it up. Don't look for a story on the nightly network news about it, either. It doesn't fit in with their agenda.

But while Irwin easily ticks off all of the painful economic figures he can find, he seems to throw up his hands about what's causing the economy's collapse.

Except to say that "there is an underlying economic fragility causing" this and "that something deeper is wrong with the global economy."

Yeah, sure. When something isn't working, like much of America's workers, blame somebody else, except the guy in the White House who is clueless about how to produce stronger growth and good paying jobs.

The day after Friday's jobs report The Washington Post blamed it all on "China's economic malaise" which, it said, was "spilling over onto American shores." The Post buried the jobs story on page 12.

But the nation's business economists were taking it very seriously and didn't mince words in their responses. There was more at stake in this report than just jobs.

"We were already nervous for earnings season due to the Asian slowdown, now the jobs report is showing a significant slowdown in the U.S. as well," he told USA TODAY.

We're closing in on the seventh year of Obama's job-challenged economy that the Fed says is still in recovery -- the longest since the Great Depression.

The Republicans need to grab this issue by the throat and make it the singularly most important political issue in the 2016 presidential campaign.

Obama and his Democratic allies have had seven years to put America back to work and have failed miserably to do that. Instead, they've made it harder to create jobs, lift incomes and get ahead.

Have courage. Help is on the way.