Your Silence is Deafening, Mr. President 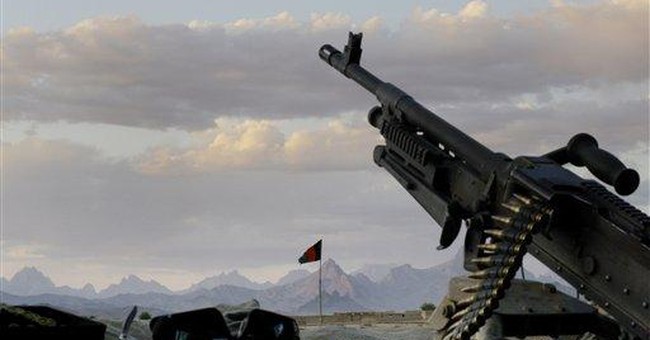 WASHINGTON -- President Obama, known for his soaring oratory, has been having a hard time finding the right words to respond to the Iranians' struggle for political change and freedom in a repressive society.

The reason: He has so much invested in his let-us-sit-down-and-settle-our-differences diplomatic approach to Iran that it has all but turned into a "see no evil, hear no evil" policy toward that nation.

The headline in the Washington Post late last week seemed to capture Obama's inability to fully respond to the massive protests in the wake of Iran's apparently rigged elections that have disenfranchised millions of Iranians. It read: "U.S. Struggling for Right Response to Iran," with a subhead that said, "Obama Seeks Way to Acknowledge Protesters Without Alienating Ayatollah." One week after the Iranian elections, Obama and other administration officials were still engaged in opaque verbal gymnastics to avoid offending the Ayatollah Ali Khamenei, Iran's supreme leader, while all but dismissing what has become -- let's face it -- the denial of basic human rights.

At the beginning of last week, Vice President Joe Biden responded weakly for the White House, saying the administration was taking a "wait and see" position. Then, even as the protests mounted into a sea of anger, the administration still seemed incapable of identifying with the pro-democracy demonstrators.

By Tuesday, Obama was stuck in the same benign position of his earlier statements that this was a dispute that was "ultimately for the Iranian people to decide."

But there was no direct sympathy for the Iranian people, who believed that opposition leader Mir Hossein Mousavi had been denied the election by President Mahmoud Ahmadinejad's government -- only this generic bromide: "But I stand strongly with the universal principle that people's voices should be heard and not suppressed," Obama said.

"A reporter shouted a question about whether he stood with the people of Iran, but Mr. Obama had already turned and left the stage," White House correspondent Jon Ward reported in The Washington Times.

Everyone in the room got the point.

As thousands of demonstrators packed the streets of Tehran to protest the election amid wide charges of vote fraud, the pictures of repression and state retaliation were flashed around the world. Basij paramilitary gangs, allied with the Iranian regime, were seen beating and harassing protesters. As many as eight or more were shot by government security forces. Others were rounded up and jailed.

Eventually, the communication networks were shut down by the government, and the foreign and Iranian press were barred by the Ministry of Islamic Guidance from covering, recording or photographing the street protests. Earlier, there was an attempt to shut down access to Web sites such as Facebook and Twitter.

But the White House wasn't budging from its pro-engagement position toward Iran's militant regime. Secretary of State Hillary Rodham Clinton summed up that position by midweek: "We are obviously waiting to see the outcome of the internal Iranian processes, but our intent is to pursue whatever opportunities might exist in the future with Iran."

But Obama turned even more dismissive of the Iranian voters who believed the election, and their struggle for basic democratic rights, has been stolen from them by an autocratic government.

"Although there is amazing ferment taking place in Iran, the difference between Ahmadinejad and Mousavi in terms of their actual positions may not be as great as has been advertised," Obama told CNBC last Tuesday.

McCain, in an interview on CNN cited by the Washington Post, said he was "frankly incredulous" by Obama's statement.

"To say there's not a bit of difference between the two candidates is beside the point. The Iranian people, obviously, think there's some difference, or tens or hundreds of thousands of them wouldn't be in the streets," he said. Even more to the point, these disgruntled Iranians believed -- I think with much justification -- that Ahmadinejad's re-election by an alleged two-to-one margin is total fiction. Millions of paper ballots could not possibly have been counted in a matter of hours, as the government alleged. More disturbing were reports of opposition candidates who lost the vote within their own communities where they were most popular.

Apparently, even Supreme Leader Khamenei now thinks fraud may have been committed. He had declared Ahmadinejad the victor right after the election but backed away from that and ordered an investigation by the Guardian Council, a panel of senior Islamic clergy and jurists, that could lead to a partial or even full recount.

Mousavi supporters do not trust the council, which is allied with the government. They want an independent commission to conduct an inquiry, and Mousavi has called for a new election.

Meantime, the Obama administration has some explaining to do about its callous dismissal of the human-rights issues that have been raised by all of this. The Iranian people have taken to the streets to demand their rights to a free and honest election, but his administration's position seems to be that getting along with the Khamenei/Ahmadinejad regime is a lot more important than a few million lost votes.