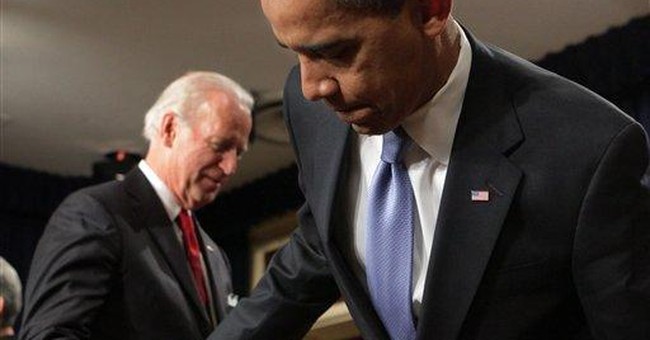 WASHINGTON -- It's going to take a lot longer than almost anyone thinks for the Obama administration to get the $825 billion stimulus money into the economy. Don't believe me? Read the Congressional Budget Office's recent analysis of the Democrats' plan.

President Obama has said he intends to give the economy "a jolt" by quickly injecting stimulus funds into the nation's economic arteries in the hopes of creating more than 3 million jobs. But according to the nonpartisan CBO, which crunches budget numbers for Congress, only a small fraction of the proposed $274 billion in infrastructure spending to jump-start the economy will be spent by the end of this fiscal year and the rest won't be disbursed until 2010 or later.

I've written in previous columns that the critical flaw in pump-priming spending programs is the length of time it takes to get money through the bureaucracy and into the pipelines at the state and local levels -- often after the recession is over. But the outlook seems grimmer than that.

-- Less than half of the $30 billion in highway-construction money will be circulated over the next four years.

-- Incredibly, CBO says only about $4 billion in highway-construction funds will get into the economy by September 2010.

-- Obama talks about creating thousands of "green" jobs by pumping billions into biofuel, solar, wind and other technology. But most of those jobs are not going to be seen for many years. Only about one in seven dollars of the stimulus plan's $18.5 billion investment in renewable-energy resources and energy-efficiency programs will be spent by 2010, according to the CBO.

Its findings reaffirm Obama economic adviser Jason Furman's warning last year that infrastructure spending is one of the "less-effective options" for boosting jobs and economic growth. In an economic paper evaluating all the ways to end the recession, Furman doubted that any infrastructure spending "would generate significant short-term stimulus," because all too often the money is not spent "until after the economy has recovered."

Obama's advisers acknowledge the lengthy time it will take to get the money working on job-producing projects, but they say most economists believe this recession will last a lot longer than past downturns.

In fact, many economists now estimate the recession will be coming out of its slump sometime near the end of the year.

But this is only part of the story in this huge public-works boondoggle that experience tells us cannot and will not get the economy growing again. Here's where much of the money is going:

-- Government-run programs at the federal, state and local level. This stimulus bill will pour billions into 150 different federal programs, from the money-losing Amtrak rail service to the Transportation Security Administration.

-- $15.6 billion goes into Pell Grants to increase each student grant by $500, though the added money ends in two years. This may be a worthy thing to do, but it's not going to create any new jobs.

-- $54 billion will go to 19 programs that the Office of Management and Budget has rated as "ineffective" or "results not demonstrated."

-- Much of the money will go to federal programs that still have unspent funding in their accounts. For instance, the bill will pump another $2 billion into the Army Corps of Engineers' water-construction program that still has $1.5 billion in unobligated funds.

The Department of Housing and Urban Development's homeless-assistance program would get $1.5 billion despite an unobligated balance of $1.5 billion.

The General Services Administration has $3.3 billion of unspent funds, but GSA would get another $7.7 billion from the stimulus package.

-- Billions will be dished out under this so-called stimulus bill mostly to protect or create government jobs -- including money to renovate federal buildings, and $600 million for the government to buy brand-new cars and vans.

Overall, the stimulus would spend $16.4 billion on federal agencies that, among other things, will buy new computers, new office furniture for the Public Health Service, and add $50 million to the National Endowment for the Arts budget.

The money is being spread around like a slush fund, going out to every nook and cranny of the federal bureaucracy. This will not create a single new job, let alone stimulate the economy. Everyone from the Bureau of Indian Affairs to the Smithsonian Institution will get a piece of the action.

As for the plan's "making work pay" tax credit that will lower withholding taxes for low- to middle-class workers, it is estimated that this would add $10 to $20 per paycheck for those below the median income level.

That's far from the much-hyped economic "jolt" that Obama is promising beleaguered taxpayers.