No Honeymoon for You, Mr. President 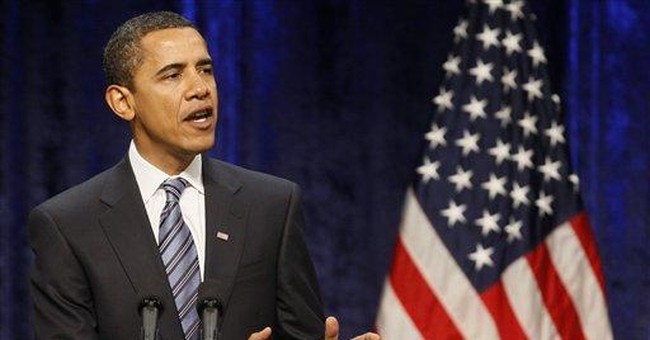 WASHINGTON -- It's a time-honored tradition in American politics for a new president to have a "honeymoon" before he experiences the rough and tumble of partisan combat that occurs during every administration.

But President-elect Barack Obama has been going through an unusually rocky period before even taking his inaugural wedding vows. A lot of the criticism and turmoil have been the result his own decision-making, and some of the brickbats being hurled at him have come from leaders in his own party.

His selection of Leon Panetta, the former Clinton White House chief of staff and budget director, to be his CIA head, ran into a hostile reception among key Senate Democrats. Their chief complaint: The former House lawmaker had no experience in intelligence operations. Panetta never even served on the intelligence committee in Congress.

Senate Intelligence Committee Chairman Dianne Feinstein of California, Panetta's home state, loudly complained that she had not been consulted about his selection. Her imperious predecessor in that job, West Virginia's John D. Rockefeller, joined her in criticizing Panetta's lack of experience for a post that, in the age of terrorism, is one of the most critical national-security jobs in the government.

Obama called Feinstein and Rockefeller, as well as others in the Senate, to apologize for the way he had handled the nomination, but the damage was done. The man who said he was going to improve relations with Congress had not followed Protocol 101. His promises to choose the top experts in their fields was tarnished. Feinstein talked with Panetta later and seemed assured by their conversation, but colleagues say she remains troubled by Obama's pick.

Controversy over Panetta's nomination also came from current and former intelligence officials who fear Obama wants to move away from the tough interrogation practices and surveillance techniques he opposes, but that have kept the country safer since the Sept. 11, 2001, attacks.

Obama's inexperience was also evident when New Mexico Gov. Bill Richardson was forced to withdraw his name for Commerce secretary because of a grand jury investigation into a pay-to-play scandal involving one of Richardson's biggest campaign donors.

In the past, presidents have had to withdraw cabinet candidates due to one infraction or another that popped up during the intense scrutiny of the nomination process, but the criminal investigation into Richardson's case had been public knowledge for weeks. That bespoke sloppiness in the president-elect's vetting process, suggesting that his team became flustered in the rush, and overlooking or dismissing critical information.

More recently, in the wake of the subprime mortgage securities scandal that has sent the economy into a nosedive, no agency cried out more for tough new reforms than the Securities and Exchange Commission.

For the chairman of this pivotal agency, Obama chose Mary L. Schapiro, a former SEC commissioner who heads the securities industry's self-regulatory body. She's a safe pick who is not going to rock the boat at the SEC, which has been asleep at the switch in one Wall Street scandal after another, and is in need of a real shakeup and housecleaning.

Obama's nomination of Shapiro "is as safe and predictable as it is disappointing," writes Washington Post economic writer Steven Pearlstein.

The biggest fireworks in the Senate nominating process may be over Obama's pick for attorney general, Eric H. Holder. The first round of that fight occurred Tuesday when Sen. Arlen Specter of Pennsylvania, the top-ranked Republican on the Judiciary Committee, unleashed a blistering attack on Holder's record as deputy attorney general during the Clinton administration.

In a Senate floor speech, Specter sharply criticized Holder's role in the Clinton pardon of fugitive financier Marc Rich; Clinton's 1999 decision to grant clemency to 16 militant Puerto Rican nationalists; and the DOJ's rejection of an independent council to investigate the widespread campaign finance abuses by the White House and Vice President Al Gore.

Suggesting that Holder was too willing to do the Clinton administration's dirty work, Specter said his nomination raised "the issue of character," pointedly adding that "sometimes it is more important for the attorney general to have the stature and the courage to say 'no' instead of to say 'yes.'"

Obama's party has been giving him some headaches, too, including the Senate Democrats' initial refusal to admit the duly appointed Roland Burris to fill Obama's vacant Senate seat, a stance that has angered African-American Democrats.

Meanwhile, top Democratic congressional leaders have told Obama that his economic stimulus bill won't be ready for him to sign on inauguration day. Indeed, it will take at least a month and a half for the House to act on it, and probably longer than that in the Senate.

Congressional sources tell me that Obama's economic stimulus plan is still a work in progress that remains incomplete at this writing.

The past few weeks have been the equivalent of a political cold shower for the former freshman senator who has never run anything larger than a neighborhood organization.

The last few weeks will look like a honeymoon, compared to what's coming. Welcome to Washington, Mr. Obama.