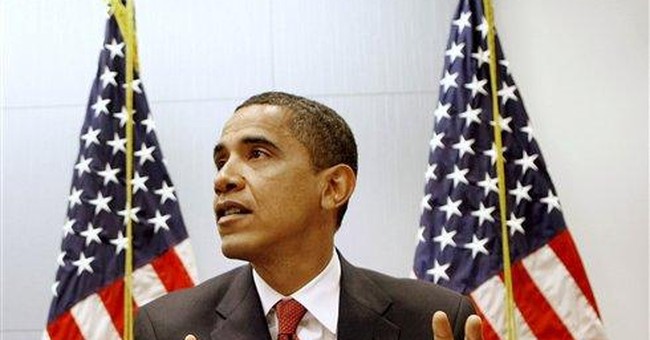 WASHINGTON -- President-elect Barack Obama's proposed tax cuts to get the economy moving again may look good on the outside, but if you lift the hood, there's not much inside to get us where we need to go.

Obama's plan includes $300 billion in tax cuts, the heart of his $850 billion economic-recovery plan. But the core of his anemic, start-stop tax cuts to get consumers spending again is expected to total $150 billion over two years.

That is about the size of last year's one-time tax rebates that boosted the economy for a few months, then ran out of gas when workers either saved their rebate checks or used them to pay old bills, not make new purchases.

To be fair, $150 billion is still a lot of money, and Obama's advisers are considering several ways to give it away -- through lower Social Security payroll taxes or reduced income-tax withholding over a period of months. But a one-time $500 rebate does doesn't contain enough octane to drive a massive $14 trillion economy for the long haul. That requires permanent tax-rate cuts to fuel long-term growth.

"The failure of the recent (Bush) tax rebates to help the economy is more evidence of this fact. Given that Social Security is projected to start incurring deficits in only a few years, a payroll-tax reduction would seem to be necessarily temporary. If so, we should expect such a tax reduction to have only a negligible impact on the economy," Cogan told me.

Other parts of Obama's tax-cut plan to stimulate the economy make no logical sense.

Take, for example, his proposal to give a business tax break for every new worker hired. Businesses are laying off workers in droves because sales are down and they can no longer afford to employ existing workers, let along hire new ones.

No amount of per-worker tax subsidy changes that stark reality. To help businesses get back on their feet, the government could permanently cut corporate tax rates (which are the second highest in the industrialized world). But Obama flatly opposes that. Indeed, he wants to raise corporate taxes on companies that do business abroad or drill for oil.

He does deserve credit for proposing that businesses be given more tax breaks to purchase equipment and expand their operations.

Expanding deductible expensing of capital purchases by businesses "will encourage growth," said Club for Growth president Pat Toomey in a statement at the organization's Web site.

"Unfortunately, most of the rest of what is being described as 'tax cuts' either won't change incentives or are not even tax cuts. Temporary, capped tax credits do not increase incentives and will not spur growth. 'Refundable tax credits' -- those paid out to people who do not owe taxes -- is an Orwellian description for government spending," Toomey said.

The problems with Obama's tax plan are fourfold:

First, the solutions are short-term when the economy's needs are long-term. To succeed, businesses must have tax policies that are not phased out in a year or two.

Second, he seems to have trouble understanding that businesses will hire more workers when their profits start to rise and business improves. Government can help boost profits (a word Obama rarely utters) by cutting corporate tax rates that will make businesses more competitive at home and abroad and boost their bottom lines.

Third, there seems to be no recognition among his advisers that capital is the lifeblood of the U.S. economy and the businesses that make it run. Raise the cost of capital, as Obama has proposed, by hiking the capital-gains taxes and dividends, and you get less of it. Cut the capital-gains tax -- or eliminate it, for that matter -- and you'll unlock needed investment capital and put it to work.

Fourth, a dynamic economy requires that we offer permanent incentives at all income levels to work, save and invest. Raising taxes on workers in the top tax brackets to redistribute their income to those on the lower brackets will not create economic growth; it will lessen it. Obama has wisely agreed to indefinitely postpone his plan to raise the top income tax rate to nearly 40 percent, but he hasn't abandoned it.

There seemed to be a collective sigh of relief among tax reformers this week when Democratic leaders said that work on the stimulus package he wanted to sign on Inauguration Day will take much longer than expected -- maybe a month or two more.

That offers his critics time to give his proposals a much-needed debate and the chance to argue that an economic system as big and complex as ours is going to need larger tax-cut incentives to put the economy back on the road to recovery.