Obama and the Kingfish 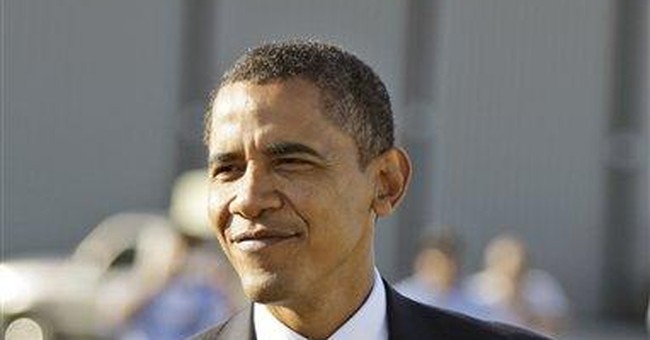 WASHINGTON -- Barack Obama, who became rich with his best-selling books, seems to have a problem with wealth creation. It isn't in his lexicon, it isn't on his agenda, and it isn't in his campaign message.

He never talks about creating wealth, which should be at the heart of all economic-growth incentives. Indeed, he wants to punish it by raising taxes on higher-income Americans to 40 percent and send that money to lower- and middle-income people in the form of a refundable tax credit that will include sending checks in 2009 to 49 million tax filers who pay no income taxes.

He doesn't talk about risk-capital formation, the lifeblood of a dynamic and growing economy, because he says he'll tax that, too, with a higher capital-gains and dividend tax on investors and savers and many retirees.

He even ridiculed Joe Wurzelbacher after the Ohio plumber asked the freshman senator whether he'd be hit by higher tax rates under his economic plan. Joe could teach Obama a few things about the importance of wealth creation and encouraging investment capital, something he must have missed in Economics 101 at Harvard.

John McCain has been championing Joe Wurzelbacher's story on the campaign trail this week to illustrate the negative impact that Obama's income-tax hikes will have on Joe's dream to buy the small plumbing business that employs him. Millions of other Americans have the same dream, too, but that would put them into the income bracket Obama will tax the most.

When the burly, blue-collar worker asked Obama at a campaign rally last week whether his "new tax plan is going to tax me more" if he bought the business that would bring him about $250,000 or more in income, he was told it would. But Obama -- who calls American free-enterprise capitalism "trickle-down economics" -- said he has to tax Joe more and millions like him in order to "spread the wealth around."

It's clear what he meant by that. He calls it a tax cut to help the economy grow, but what he is pursuing is the left's long-sought goal of redistributing the nation's wealth by taking more money from the top 5 percent of all earners (who pay 57.13 percent of all income taxes) and distributing it to those who are taxed at a lower rate or are not taxed at all.

Obama wraps ideas like this in the mantle of "change," but it's hardly a new idea. That's what Democrat Huey Long, the demagogic Louisiana senator, preached in the 1930s, with his radical "share the wealth" campaign and his relentless class-warfare attacks on the rich.

Obama's economics have a lot in common with Huey Long, as we saw last week as he ridiculed McCain and Joe the Plumber's desire to create wealth by running his own business.

"How many plumbers do you know who make $250,000?" Obama sarcastically asked a crowd the day after his third debate when McCain made Joe the symbol of the harm Obama's tax increases would inflict on America's budding entrepreneurs.

Actually, lots of plumbers make that much and more in small-business enterprises that install new plumbing in renovated kitchens and bathrooms. The fact that Obama is ignorant that many plumbers earn that much shows how truly "out of touch" (the charge he hurls at McCain) he is with common, everyday life among working Americans.

The National Federation of Independent Business, the small-business lobby, says that there are 16 million small businesses and 75 percent of them filed as individual taxpayers, just as you and I do. And millions of them will be slapped by Obama's higher income-tax rates that will jump to 36 percent from 33 percent, and to 39.6 percent from 35 percent.

These are the businesses that create the lion's share of the new jobs and the firms that will grow into the giant enterprises of tomorrow. How do we create jobs, wealth and growth by taxing them -- during a recession no less?

If you are starting to get the idea that maybe Barack Obama doesn't know any more about economics than Huey Long did, consider this.

When asked last week about McCain's proposal to temporarily slash the capital-gains tax rate in half to unlock much-needed capital investment, Obama ridiculed that, too.

"I don't know anybody, even the smartest investors, who right now are going to be experiencing a lot of capital gains," he told reporters.

But billionaire Warren Buffet, one of Obama's economic advisers, just purchased $3 billion in General Electric stock, knowing that, when the stock markets recover, his investment will yield a hefty capital gain.

Millions of investors would like to do that, too. But Obama thinks their money should go to the government and spread around to "share the wealth" and that will create jobs.

But redistributing the nation's income won't grow the economy. It just divides the pie up into smaller slices. It hasn't worked in Europe, where they have draconian tax rates on wealth and it didn't work in Louisiana, either, still one of the poorest states in the country.