Joe Biden Is Our Worst Nightmare

Dinesh D'Souza
|
Posted: Feb 25, 2021 12:01 AM
Share   Tweet
The opinions expressed by columnists are their own and do not necessarily represent the views of Townhall.com. 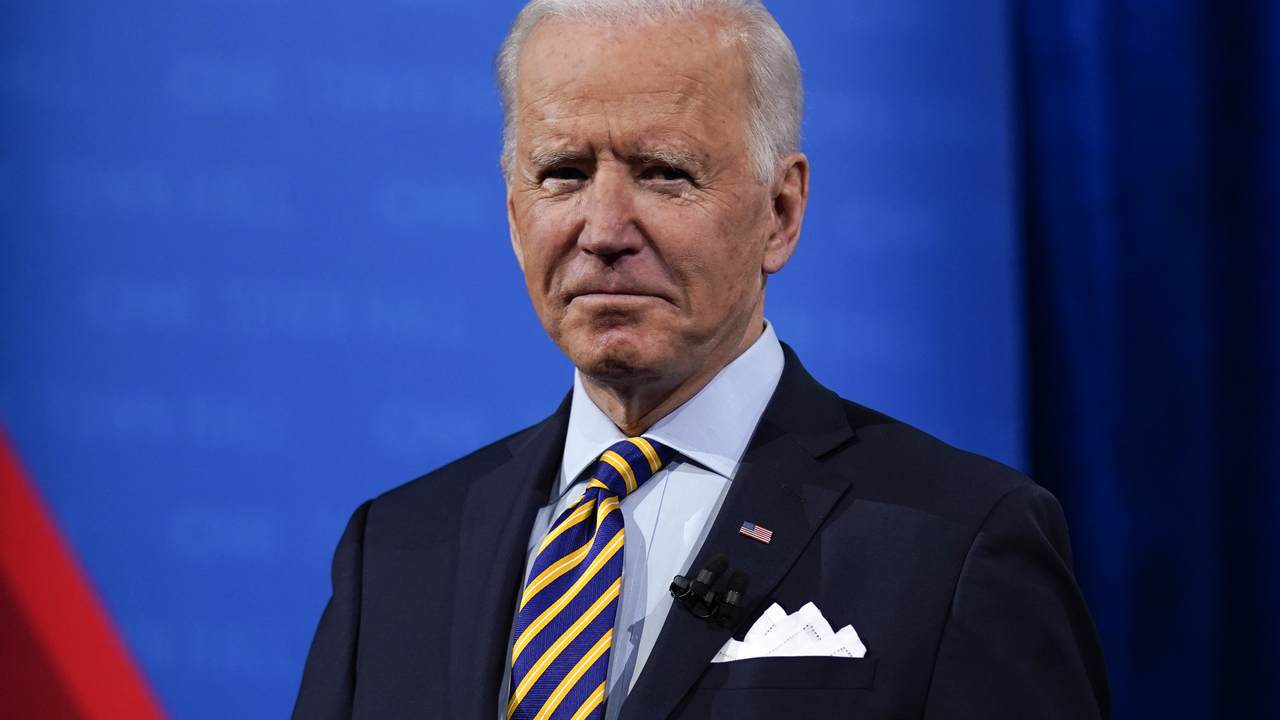 Joe Biden just gave a talk, perhaps his most detailed and, one might have to say coherent, presentation of how his foreign policy is likely to go over the next four years. This was at the Munich virtual security conference, and I read the talk carefully because Biden focuses on the issue of democracy. Biden basically says that the United States is going to stand for democratic values around the world and stand against the autocracies that are anti-democratic.

Now, right away, the question becomes, are you really going to stand against the largest autocracy in the world, the one that governs over a billion people? That is far more tyrannical than any other we can think of in the world today, namely China? And to this, Biden gives a few "eh hems"… "Well, I've gotten a lot of money from those guys over the last several years, guys. Don't expect me to be too hard on them." So right away, the sincerity of this project is somewhat called into question. Biden has made very favorable noises toward China, which raised the question of whether even this rhetoric of democracy is going to be honestly applied.

Now, I think Biden intends to apply it in all kinds of places, but the places he wants to apply it to, he's not likely to be successful, for the simple reason that the United States has very little of any leverage in those places. For example, there was recently a coup in Myanmar, an attempt to overthrow the government, anti-democratic actions and movements in that country. But let's think about it, what is the United States' security interest in Myanmar? Zero.

What is our trade leverage over Myanmar? Pretty much zero.

So, what is the point of Biden jumping up and down on his podium and going, "There needs to be democracy in Myanmar! There must be democracy in Myanmar!" Well, the people in Myanmar don't care. Why? Because what is Biden have to do with them? Biden's not going to invade Myanmar, even if some neoconservatives' eyes are lighting up, "Oh, another war! What a great idea!"

When you don't have leverage over a country, your rhetoric doesn't really matter. Now, the Biden administration is playing footsie with a very autocratic regime right now, and that's Iran. And very interestingly, there have been some news reports in the last couple of weeks that key people who are now in the Biden administration, including John Kerry, have maintained an ongoing relationship with Iran. Kerry, for example, has had repeated contacts and meetings with the Iranian foreign minister, this guy named Javad Zarif.

Now, why? Very interestingly, this is motivated not even directly with anything to do with Iran. It's motivated by the idea of let's work with our enemies, Iran, to undermine Trump. And what that means is that from John Kerry's point of view, and the point of view of some of these Biden people, there is a near enemy, Trump, and there's a far enemy, Iran. But the far enemy is far away and a distant threat, so let's not worry about it right now. In fact, let's work with the far enemy to politically undermine the near enemy at home. This is a real departure in American foreign policy.

But with this new notion that "If I'm fighting domestically with the other party, let me find people abroad who want to undo that party also and work with them..."

It's so ironic that they accuse Trump of violating the Logan Act, "Well, Mike Flynn had conversations with the Russians." Mike Flynn was completely right in having those initial conversations. We're talking, in John Kerry's case, of something far worse – actively working during the Trump administration to undermine the United States government by working with a sworn, foreign enemy that chants death to America and burns the American flag and whose motivation for building nuclear weapons is, in part, to target us.

Now, it was the British Prime Minister Lord Palmerston who said many years ago that, “Countries don't have friends or enemies, they have only interests." And I think this is what is really missing from the discussion of American foreign policy. What is America's actual interest?

Many years ago, I was invited by a branch of the Indian government to speak to the Indians about American foreign policy. This was under the Bush administration, and, of course, Bush had been putting out all this sort of squid-like cloud of rhetoric about, "Oh, India and America are natural allies because they're the world's biggest democracies!" and of course, the Indians were scornful. They were like, "Wait a minute, you know, the United States allies with all kinds of dictatorial regimes around the world, this is all just rhetorical flim-flam. We don't care about this nonsense." And I said to the Indians, "You know what? You're right. You shouldn't care about it. This is flim-flam."

There might be reasons why the United States allies with dictatorial regimes. Sometimes it is legitimate to ally with the lesser evil to fight the greater evil, but I said, "Here's the point. India's greatest danger in this region, in the Asian subcontinent, comes from China. China wants to be the big boy, the big bully in the region."

China has had a centuries-old policy of expecting tribute, literally people to go down on one knee in front of China, and that's what they want from Japan, Korea, Singapore, Thailand, Taiwan, and India. And so I told the Indians, "If you want to block the growing power of China and its designs on you, it might be helpful to have a powerful ally in the United States to do that." And the Indians' interests got piqued. Suddenly you were talking their language. Why? Because they recognize that they care about their national self-interest, and they expect everybody else to do the same.

Here's the bottom line. If the United States wants to make friends with Asia, wants to check the power of China, wants to actually fight against tyranny and autocracy, wants to promote democratic values, there are lots of democratic countries in the Asian subcontinent. Appeal to them, but appeal to them on the basis of self-interest. Make friends or strengthen our alliances with Japan, South Korea, Taiwan, India, and work collectively. Maybe even create something of an equivalent of NATO, an actual defensive alliance. A working alliance.

I realize there are all these committees and groups and so on, but the truth of it is, they're ineffective. You need an effective coalition to check the growing military and political power of China. I wish the Biden administration would take the wool out of its eyes and start thinking more realistically about protecting American interests.