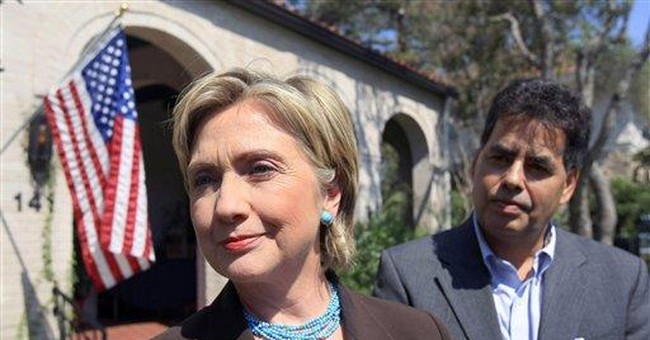 I don't think so. Notice that Democrats avoid terms like "the left" and even "liberalism" like the plague, while Republicans routinely associate themselves with the "right" and the "conservative" label. Also the left is now defined by shrieking demagogues like Michael Moore, while intelligent people are keeping their distance or moving out of this menagerie.

In this connection, the case of David Mamet is a revealing one. It has now been six months since playwright David Mamet declared himself an admirer of America and the Constitution, and bid farewell to what he called the "brain dead left." Our left-leaning literary and cultural intelligentsia is still in shock.

The relevance of Mamet’s conversion is not that a solitary New York playwright has moved right. After all, most figures in film and the arts remain resolutely and even fanatically liberal. Mamet does little by himself to shift the balance. On the other hand Mamet has been widely regarded as one of the wittiest and most cerebral of American playwrights. He is a kind of thinking man’s artist. Consequently his political views count for a lot more than, say, those of actor Sean Penn or playwright Tony Kushner.

The New Statesman warned that Mamet was embracing a "Hobbesian strain of conservatism." The folks at the Daily Kos website feigned indifference: "Who really cares?" But until this time Mamet was regarded as a virtual demigod of American high culture. Now we can expect the accolades to stop.

So what turned Mamet around? Well, it's been a change coming for some time now, and presumably it's not the kind of change that Barack Obama is looking for. Consider this piece of dialog from Mamet's play Bobby Gould in Hell. When Bobby echoes the old liberal nostrum, "Nothing's black and white," he receives this sharp response: "Nothing's black and white? What about a panda?"

Then there was a play that I saw several years ago on Broadway, Mamet's Oleanna. While Mamet disclaimed any political motives, you only had to see the play to recognize that it was about the feminist witch-hunt. Basically a female student (somewhat reminiscent of a young Hillary Clinton at Wellesley) makes false allegations of sexual harassment against a well-meaning but incautious liberal professor. In the name of the sisterhood, she destroys the poor man's career. I think resistance to political correctness played a big role in showing Mamet the exit out of liberalism.

Still, Mamet's essay in a March issue of the Village Voice, "Why I am No Longer a Brain Dead Liberal," came as a complete surprise. In this essay Mamet did not declare himself a Republican or a McCain voter. HIs conversion was to a kind of philosophical conservatism. Mamet affirmed what he called the conservative or tragic view of life over the liberal or perfectionist view.

Mamet openly identified with his Jewish heritage and boldly said that National Public Radio might as well stand for "National Palestinian Radio." Mamet also expressed unabashed love for America, which is something that left-wing Democrats only express at their presidential conventions when it is time to put on a performance for the American people who are watching. The rest of the time they are mentored by the likes of Jeremiah Wright whose motto is better expressed as "God damn America."

Perhaps most touching, Mamet expressed the profound sense of liberation that all independent-thinking people feel when they stop kowtowing to liberal shibboleths. “I no longer need to believe the drivel that is spoken around me,” Mamet said. “I feel lighter already.” To which I can only say: welcome home, David Mamet.