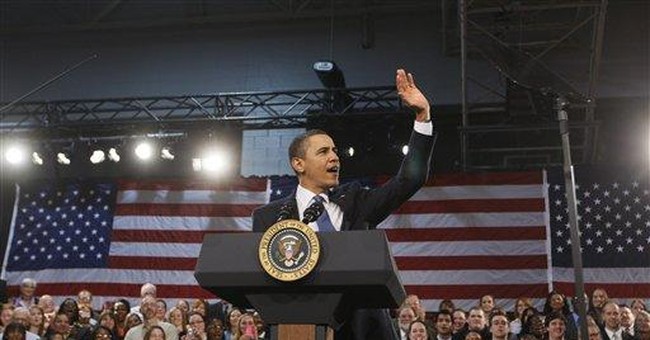 And now the House Democrats line up at the instruction of their blind commanders for a final charge into glory as they battle to foist a health care system on a country that neither wants it nor can afford it. The charge may or may not reach its objective. But one thing is certain: The carnage among those who vote for health care will remind Civil War buffs of Pickett's Charge on the final day of the Battle of Gettysburg.

As a French general who witnessed the spectacle said, "C'est magnifique, mais ce n'est pas la guerre." (It is magnificent, but it's not war.) The sight of so many Democrats throwing away their political careers may be arresting, but it is not politics.

Before this last, demented attempt to pass health care, the Democrats would have lost control of the House anyway. But with it, they face the loss of a historically high number of seats -- perhaps more than 80.

The final fight over health care boils down to a simple formulation: The People vs. Pelosi. In district after district, the next 10 days will feature an aroused citizenry demanding a no vote while an ideologically motivated speaker demands assent. The echo of this push/pull will take place in the minds of the Democratic House members. Each will ask himself whether he is really prepared to throw away his career for this vote. Is this it? Is this legislation worth the end of line?

The ads all feature the telephone numbers of the representatives. They will be hearing -- at some length, we suspect -- from their constituents. Will the din of those who vote on their re-election drown out the pushing of the speaker who doles out their privileges?

For his part, President Obama is, pathetically, again switching his rationale for his program. Having started as an effort to cover the uninsured and then morphed into an attempt to lower health costs and then metastasized into a deficit-reduction measure, it has now become a vehicle for insurance regulation. Of course, voters realize that the regulatory features of this bill could easily stand alone and pass in a heartbeat. The only thing that is holding up their enactment is that Obama won't sign a bill that doesn't have his socialized medicine designs in it.

The dilemma each marginal Democrat faces is akin to that which confronted Republicans in 1974, when they wondered if they would go down with the ship opposing Richard Nixon's impeachment, or that which faced Democrats in 1968, when they dreaded defending the War in Vietnam one more election cycle. But those who refuse to follow the marching orders of their deranged leadership and who opt, instead, for the survival of their party -- to say nothing of their own -- will do themselves and their party a major service in voting no.