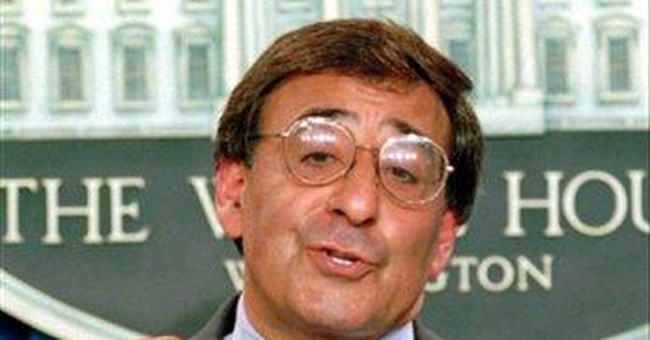 President-elect Barack Obama's appointments to Homeland Security, the Justice Department and now the CIA indicate a virtual abandonment of the War on Terror.

As Homeland Security chief, he's named a governor whose only experience has been with the US-Mexican border. His attorney general pick, meanwhile, took the lead in pardoning FALN terrorists. Now he has rounded out his national-security and Justice Department teams by naming ultraliberals.

Leon Panetta, his choice for CIA chief, is as liberal as they come. Though originally a pro-Nixon congressman, he long ago embraced the left with the fervor of a convert and brings these values to the CIA.

As President Bill Clinton's chief of staff (a tenure that coincided with my own work with Clinton), he was a dedicated liberal, opposing accommodation with the Republicans who ran Congress and battling hard against a balanced-budget deal. After winning re-election, Clinton jettisoned Panetta for the more moderate Erskine Bowles in order to reach a deal with the GOP.

Plus, Panetta was a prime mover in the 1995 appointment of John Deutch to head CIA, replacing hardliner Jim Woolsey. Deutch eventually needed a presidential pardon after being caught committing a massive security breach by taking home his laptop, laden with secret files.

Choosing Panetta to head the CIA culminates liberals' 35-year crusade to take over the agency, humble its operatives and rein in its operations. In 1977, President Jimmy Carter named liberal JFK adviser Ted Sorenson to head CIA, only to have the nomination killed. In 1997, Clinton tried to name his ultraleftist National Security Adviser Tony Lake (who had quit Secretary of State Henry Kissinger's staff over Vietnam), only to have that nomination rejected as well.

Each time, the intelligence community acted to protect its own and curbed the liberal president's inclinations. But now, under Obama, the Democrats will finally have their way and appoint a liberal zealot to head the agency.

Panetta will, presumably, curb such practices as waterboarding, rendition and warrantless wiretapping. So we won't gather much intelligence - but our spies will dot all the i's and cross all the t's.

Over at Justice, Obama is naming four liberals to staff the agency, each determined to rein in effective intelligence-gathering.

Professor Dawn Johnsen of Indiana University Law School is to head the Office of Legal Counsel. She distinguished herself by writing a law-review article taking issue with President Bush's efforts to keep us safe. It was titled, "What's a President To Do: Interpreting the Constitution in the Wake of the Bush Administration Abuses." Presumably, she'll bring back the days of the wall between criminal and intelligence investigations, which led to our failure to examine the computer of "20th hijacker" Zacharias Moussaoui, which contained wire-fund-transfer information on the other hijackers.

No less an authority than Harvard Law professor Laurence Tribe, who taught Elena Kagan, the new solicitor general, predicted that she and Johnsen would "freshly re-examine some of the positions the previous administration has taken."

Obama's other Justice appointments, David Ogden as deputy attorney general and Thomas Perrelli as associate AG, bring back Clinton/Reno Justice Department retreads. Both participated eagerly in the constraints on intelligence-gathering that left us so vulnerable on 9/11.

Bush's legacy shows one clear achievement: He kept us safe after 9/11. Now his successor's policies are about to eradicate that singular achievement. The liberals will, of course, all cheer these appointments and the policies they'll pursue once in office, but these appointments make it frighteningly more likely that we will, indeed, be hit again.