Candidate and Party: The Obama Deficit 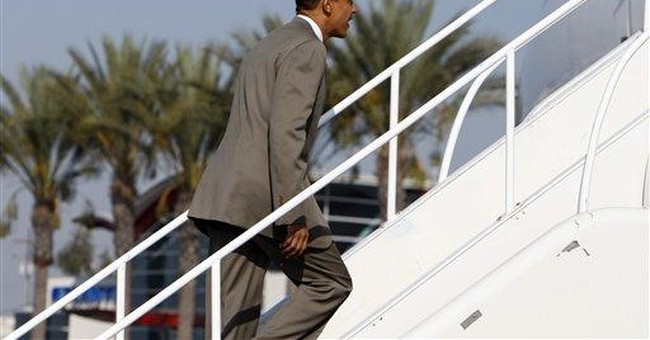 There appears to be a gap of between 10 and 20 points between how voters see the parties and what they think of the candidates. Between one-tenth and one-fifth of America’s voters feel that the Democratic Party would be the best for the country but like the McCain-Palin ticket better.

• By seven points, they identify as Democrats more than Republicans. But by 16 points, they say that if they faced the “toughest decision of your life” they would go to McCain rather than Obama for advice.

• They think the Democrats will do better on healthcare by 19 points, but by 20 points they think McCain is more qualified than Obama to be president.

• They prefer the Democrats to deal with the economy by four points (down from 10 a few months ago) but feel — by eight points — that the Republicans better understand what it is like to live day by day in America.

• While they are more likely to vote Democrat for Congress, they rate Obama as more of a talker than a doer by 20 points and rate McCain the opposite by 15 and, by nine points, they think the Republican ticket has the better judgment than the Democratic nominees.

If this were a nonpartisan mayoral election, McCain would win in a walk. If this were a European-style proportional representation contest, Obama would be the next president by a good margin. But our system is a unique fusion, of course, of the two — a decision on the candidate and on the party.

How odd that Obama, with a world-class personality and an incredibly charismatic speaking style, should be losing the mano-a-mano contest to McCain, who is 25 years older and a foot shorter. But McCain has opened up a decisive lead over Obama, actually using the Democrat’s articulateness against him. Asked in the Fox News poll whether each candidate is a “talker” or a “doer,” voters perceive Obama as more of a talker by 15 points and see McCain as more of a doer by 24 points.

This kind of gap in the assessment of the candidates shows dramatically what a steep hill Obama has yet to climb. But the fact that the very same sample on the Fox News poll turned right around and voted for McCain by only three points shows how skewed the party preference is against McCain.

In effect, a lot of Democrats and independents are saying we trust McCain more, he has better judgment, he is more of a doer, and we think he’s more qualified — but we are going to vote for Obama because he is a Democrat and we agree with his party more on healthcare, energy and the economy.

Such a dichotomy is an unnatural political situation. Since 2000, we have become accustomed to 50-50 politics with each side holding its red states or blue ones close to its vest with few voters in the no man’s land in between. But the portrait that emerges from the polling is quite different. It is a consensus on how much water there is in the glass. The only difference is whether to see it as half-empty or half-full!

What will prevail? Party or candidate? It’s hard to tell. But debates are between people, not parties, and it is the three debates that will probably determine the outcome of this race.