Obamacare Exacerbates the Tragedy of the Healthcare Commons: We Can do Better

Devon Herrick
|
Posted: Feb 16, 2016 11:13 AM
Share   Tweet
The opinions expressed by columnists are their own and do not necessarily represent the views of Townhall.com. 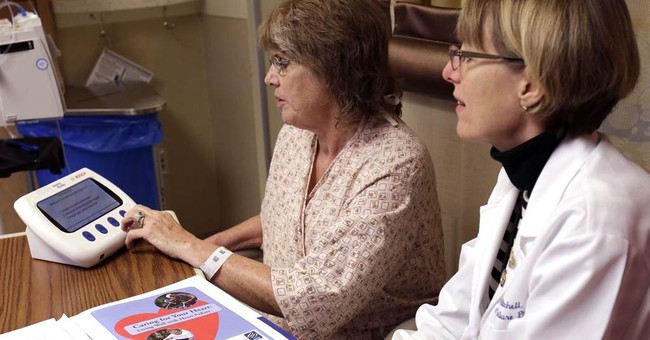 It is common sense that people take care of their own property better than community property, often times referred to as “commons.” Because community resources are finite (say, grazing land in a pastoral society), overgrazing - and too little maintenance - is bound to occur absent any collaborative agreements. Moreover, one person’s conservation efforts cannot overcome all the other self-interested parties’ perverse incentives. Economists call this the tragedy of the commons. Unfortunately, Obamacare proponents (and LBJ for that matter) did not understand how the tragedy of the commons would boost health care spending. Medicare, Medicaid and Obamacare plans are all examples of attempts by government to expand the health care commons -- rather than encourage individuals to sustainably manage their own health care resources with appropriate incentives.

Health care consumes nearly one-fifth of our national income and is rising at twice the rate of income growth. Public programs like Medicare and Medicaid account for about half of that spending. Medicare alone is likely to consume 9 percent of our economy within 75 years if efforts to contain costs fail. Considering Medicaid and private medical spending, health care will consume well over one-third of our gross domestic product (GDP) by the dawn of the 22nd century. Spending growth of that magnitude will significantly erode Americans’ standards of living. Taxes will skyrocket to support public spending, while take-home pay will further plummet as a greater portion of wages go towards private health care spending.

Health care is not something most of us use every day in the same manner we buy milk, bread or a new coat. Monthly premiums may be the size of our mortgage payments, but we generally don’t derive as much benefit as shelter from our home. Medical costs are highly concentrated among a few individuals, whose care far exceeds their ability to pay out of pocket. About half the population currently spends less than $500 annually on actual medical care. By contrast, 20 percent of patients account for 80 percent of all medical bills. The least healthy 5 percent of the population consumes about half of all health care dollars, while the sickest 1 percent consumes a whopping 20 percent. An economic theorem called the law of diminishing marginal returns suggests much of that care is of little benefit, but it’s hard to deny care that’s even wasteful to those in need. At the same time, some treatment costs are exorbitant compared to their paltry benefits, mostly because the funds being spent are from OPM – other people’s money, from the community health care pool.

Taxpayers’ goodwill, their willingness to pay and ability to pay for other peoples’ medical care is a finite resource. From this everyone uses a little (and yet often pays out of pocket), while a few gorge from the community trough, with little regard for what they spend. As a society, we could spend our entire GDP on health care and still not cure every disease or achieve immortality. The logical question is: how much is enough? For instance, how much of lifetime medical spending should be borne out of an individual’s lifetime earnings; and how much of that individual’s dollars should be poured into the community pool? And finally, how many resources should people with varying degrees of need be allowed to syphon out of the community pool? And how much should personal responsibility be used to determine access?

A recent commenter on the NCPA Health Policy blog made a case for using the late Elinor Ostrom’s, Design Principles for Common Pool Resource Management, to design a better health care system. Ostrom, a Nobel Laureate, was an economist who studied collaborative institutions that managed common resources. Her work is respected both by Liberals and Libertarians. Ostrom identified common characteristics of successful institutions and how they prevented community resources from being exploited and depleted.

Ostrom largely rejected all-powerful government bureaucracies as inflexible and ill-suited to protect resources. Rather, she found communities composed of individual beneficiaries with clearly-defined rules for providing and consuming community resources was a much better arrangement. Other requirements include clearly-defined resources with clearly-defined limits (i.e. defined contribution). Collaborative arrangements must allow stakeholders a say in management, with gatekeepers and monitors accountable to the beneficiaries. A graduated series of sanctions must punish rule breakers. Conflict resolution and arbitration must make it easy to settle disputes without bureaucracy. Control of community resources must remain with the community.

The average American family is spending a huge chunk of its income (in tax dollars and on health plans) on other peoples’ medical care. Our health care system encourages people to go years without a cheap doctor’s visit and forgo cheap generic drugs, only to consume intensive medical resources with impunity when their conditions inevitably worsen. For those who make it across the threshold from neglected health to poor health, there is little to restrain them. Many hospitals, doctors, drug makers and device makers conspire to clear cut the health care landscape of every resource they can seize. Patients are their willing co-conspirators. Consumers themselves can police some of this behavior, while those same consumers can cooperate with each other and allocate resources far better than government-mandated bureaucracies.