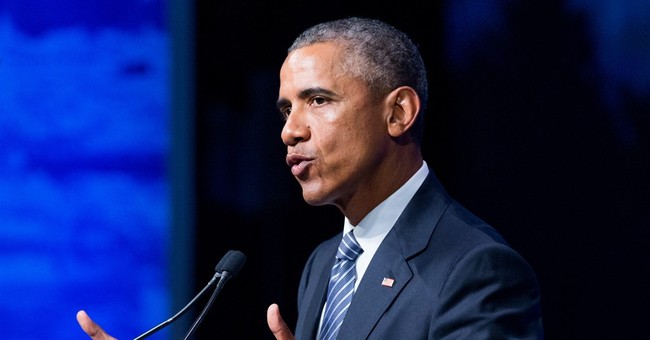 On Labor Day,the Obama administration distributed a news release crowing about an Executive Order the president signed requiring federal contractors to provide paid sick leave. The president would also like to expand this benefit to the estimated 44 million American workers whose employee benefits do not include paid sick days.

The president’s proposal would raise the cost of employing workers, potentially reducing their pay and job prospects. Economists have long known that mandatory benefits are not free. Academic research by White House health adviser Jonathan Gruber in the 1990s confirmed workers pay the cost of mandatory benefits through lower wages.

Requiring employers to provide paid sick days may sound benevolent, but it would likely hurt the employment prospects of workers most likely to stay home and care for a sick child: low-income, single mothers with small children. Gruber also found the intended beneficiaries of mandated benefits may be less likely to be hired.

Fringe (and mandatory) benefits are just one portion of total compensation. Many workers willingly forgo higher cash wages for other types of employee benefits. For instance, most workers prefer to spread 50 weeks of pay over the 52-week year, allowing them to take 10 vacation days and still receive a paycheck for the two weeks they don’t work. Paid vacation days are not free; they merely allow workers to smooth their cash flow. Paid sick leave is similar. If employers are forced to allocate seven paid days off work for illness, theywill have to find other ways to pay for it includingadjusting future pay downward. For a worker making $15 per hour, seven days of paid sick leave is potentially worth $840 in additional gross pay.

A recent survey of employers found the proportion of firms that provide dedicated sick days about equals firms providing paid days off that can be used for either illness or leisure. Another option employers have will be to cut back paid vacation days or paid holidays so that total days off does not increase.

Mandating sick pay is a bad idea. A better option is to allow workers to decide how many sick days they need, and save for them in an account that can also be used for medical expenses. The president should have proposed expanding health savings accounts (HSAs) to help workers replace income lost due to illness. Making deposits throughout the year and then withdrawing funds from an HSA to replace income lost during unpaid sick leave is already legal under current law, but such withdrawals are taxed and penalized as “nonqualifying” expenses, subject to a stiff penalty of 20 percent to 45 percent of the funds withdrawn. If a worker needs to take an (unpaid) sick day off work — losing, say, $200 in gross pay, under current law a worker with an HSA could write himself or herself a check for $200 from the account. But the net revenue (after taxes and penalties) would amount to only about $110. Depending on the worker’s marginal tax rate, about $90 dollars would be owed to the IRS.

The advantage of using HSAs to fund sick days is its administrative simplicity: an employer could easily add a Sick Day benefit to an existing employee HSA plan. Depositing funds that allow workers the flexibility to decide when to use them could avoid the perverse incentives associated with “use-it-or-lose-it” paid sick days. Funds withdrawn to reimburse income lost for sick days necessarily require forgoing their use for other medical expenses.

Under current law, many workers do not qualify for an HSA through their job. And many others — including many of those who have selected bronze plans through the state and federal health exchanges — don’t realize their exchange plan qualifies for an HSA, because their insurers did not disclose that fact. Congress should expand HSA eligibility to all workers, and allow their use to fund a wide variety of medical needs. Because workers bear the cost of their fringe benefits, why not give them tools to manage the trade-off between wages and income lost to sick days? Allowing all workers to set aside funds in an HSA to replace income lost to sick days would allow them to reclaim those funds for nonmedical purposes when a sick day isn’t used, or to save for medical bills below their deductibles. Employers would also be free to add funds to the HSA if they choose. That’s a proposal the president should help Congress pass. It would be far better than the government forcing workers to stay home seven times throughout the year instead of taking an actual vacation or taking home more pay.