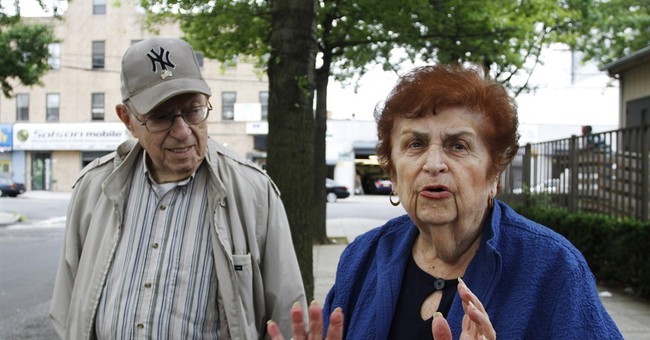 The Affordable Care Act (ACA) will have a negative impact on seniors' access to care. Much of the funding for the ACA is derived by cutting $716 billion from Medicare over the next decade. One major cut includes a 25 percent fee reduction to physicians who treat Medicare enrollees. ObamaCare is also slated to cut funding for Medicare Advantage (MA) plans, which covers nearly one in every three Medicare enrollees. Compared to traditional Medicare, MA plans provide approximately $825 annually in added benefits to its mostly moderate-income enrollees.

The Obama administration is now poised to take another swipe at seniors — this time cutting their choice of Medicare Part D drug plans. The Centers for Medicare and Medicaid Services (CMS) wants to do away with the most popular Medicare drug plans: ones that offer seniors lower premiums (and lower cost sharing) in return for patronizing a preferred pharmacy network. CMS also wants to limit the number of plans an insurer can sponsor in each service region to only two, which will reduce seniors' options for drug plans.

About 90 percent of seniors take a prescription drug in any given year. Compared to other therapies, drugs are a relative bargain. Drugs make up only about 10 percent of total medical expenditures. Nearly 39 million Medicare beneficiaries, including both seniors and the disabled, have drug coverage subsidized through the Medicare. Most of these are enrolled in coverage known as Medicare Part D.

The 6 million health insurance cancellations that occurred in the fall of 2013 will pale in comparison to the number of Medicare Part D drug plans cancelled next fall if these regulations are implemented. Nearly 14 million seniors will lose the Medicare Part D stand-alone plans they have currently if the use of preferred networks is banned.

The Medicare drug program has been quite popular. Participating seniors pay about one-fourth of the cost of their drug plan, while the government pays for about three-fourths of the cost. Overall, seniors are highly satisfied with their drug plans. Satisfaction rates average about 90 percent to 95 percent. As a result, the proportion of seniors who lacked drug coverage prior to the Medicare Modernization Act of 2003 (MMA) has fallen by 60 percent.

One reason seniors give their Medicare drug plan high marks is because they can choose among a wide range of drug plans. Nationwide, 1,169 Medicare Part D drug plans across 34 regions compete for seniors' patronage. The number of plans varies among states, from a low of 28 in Alaska, to a high of 39 Pennsylvania and West Virginia. But that's too many according to some within the Obama administration. Some Medicare administrators remain skeptical of the MMA — which was passed by the Bush administration with the help of congressional Democrats. The Bush administration wanted the Medicare drug program to be composed of private drug plans, whose primary mission is to vigorously compete for seniors' patronage. Since its inception, the MMA mandated a statutory, non-interference clause. Contract negotiations between drug makers, pharmacy networks and drug plan sponsors were strictly left to the respective parties. Drug plan sponsors were responsible for negotiating prices with drug companies and drug distributors, and contracting with pharmacy network providers to secure seniors the lowest possible drug prices.

That is, until now. In January 2014, CMS proposed new regulations that would restrict the ability of drug plans to offer seniors lower drug prices in return for patronizing a preferred network. Low prices are the result of bargaining power — the ability of the drug plan managers to steer business to drug providers that agree to low prices, and deny business to a firm if their bid isn't favorable.

The Obama administration wants to block drug plans from excluding the losing bidders — those drug provider networks that offered the highest prices during contract negotiations. The proposed regulatory change is not benign; it substantially weakens a drug plan's power to bargain for lower prices on behalf of seniors. Without the knowledge that a "losing bid" threatens drug plan managers with losing out on all potential business from enrollees in a given Medicare drug plan, pharmacy networks will have little reason to offer low prices. The incentive is for all competitors is to bid higher, knowing a losing bid does not mean losing business — but could mean charging higher prices.

Medicare Part D premiums have remained affordable since the MMA's inception because per capita drug spending has been far lower than projected. In 2013 the per capita cost was nearly 40 percent less than it was projected to be back in 2006.

According to the Federal Trade Commission, regulations that ban preferred networks raise prices and harm consumers. The actuarial firm Milliman estimates this regulatory change, proposed in January, would actually cost the Medicare program nearly $1 billion per year, and would add more than $9 billion to the cost of the Medicare Part D program over the next decade. Seniors seem to appreciate drug plans that feature low-priced, preferred pharmacy networks. Enrollment in this type of plan has shot up more than 60 percent in the past year. Seniors — and taxpayers — will be losers if this option is taken from them.