The Market for Medical Care Should Work Like Cosmetic Surgery 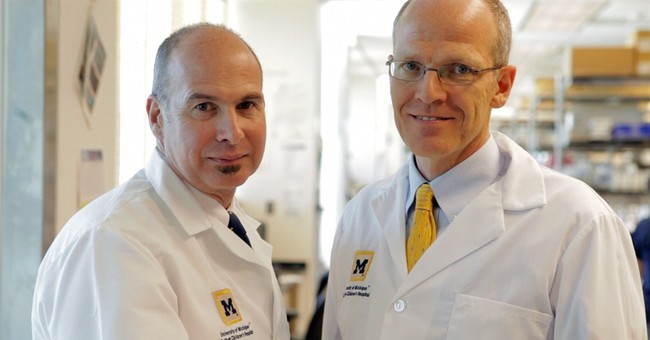 Every day, millions of American consumers go shopping. In the process, they compare the prices and quality of goods and services ranging from groceries to cellular telephone service to fast food to housing. But that daily ritual changes when it comes to comparing prices for medical care — the only major sector of our economy where consumers typically do not make decisions based on comparison shopping.

Americans visit their doctors more than a billion times each year, spending nearly $300 billion on physician care annually. Although only about 10 percent of health care expenditures are spent on physicians’ services, doctors are the gate keepers to virtually all care that is ordered and received; including MRI scans, lab tests, hospital admissions and surgeries. Yet, patients rarely discuss the price of a given service with their physicians in advance of receiving treatment. Patients don’t bother to shop for medical care, and doctors don’t advertise their prices because about 90 percent of their tabs are paid with OPM — other people’s money.

When patients do pay their own medical bills, they act like consumers, compare prices and look for value. And when patients act like prudent consumers, doctors who want their business must respond by competing against other doctors by offering low prices, convenience and other amenities they hope consumers will find appealing. Consider cosmetic surgery, one of the few areas of medicine where consumers pay out of pocket. As a result of this competitive behavior, the inflation-adjusted price of cosmetic medicine actually fell over the past two decades — despite a huge increase in demand and considerable innovation.

Since 1992 the price of consumer goods, as measured by the inflation rate, increased by about 64 percent, according to the Bureau of Labor Statistics. However, physicians hiked their prices by about 92 percent. Indeed, the overall price of medical care increased even more — by about 118 percent. Yet, during this same period, the price of cosmetic medicine rose only about 30 percent — less than half of the consumer price increase.

The price of cosmetic medicine was held in check by a variety of competitive forces: Doctors who perform cosmetic services also look for ways to control costs; they quote package prices, and generally adjust their fees to stay competitive. The industry is constantly developing new products and services that expand the market and compete with older services. As more cash-paying patients demand procedures, doctors rush to provide them. There are few barriers in cosmetic surgery that prevent licensed physicians from training to perform cosmetic procedures. Physicians often hire aestheticians and nurses to perform some minimally-invasive cosmetic treatments — further boosting their capacity to see more patients.

Entrepreneurial physicians are also on the lookout for new ways to market their services. Consider the ubiquitous deal-of-the-day emails, where Groupon and LivingSocial offer goods and services to subscribers at greatly reduced prices. These daily deal promoters offer numerous medical-related services, including: Botox, corrective eye surgery, dental teeth cleaning, teeth whitening, laser hair removal, laser facial resurfacing, cosmetic fillers, spider vein and brown spot removal at highly discounted prices. This defies the conventional wisdom that a doctor would never advertise a bundled cash price — much less extend the offer to hundreds of thousands of random people sight-unseen. Yet the offers land in millions of email inboxes every day, and competition is fierce.

Consider botulism toxin injections, such as Botox and Dysport. According to surveys by the American Society of Plastic Surgeons, the average fee to administer botulism toxin was $369 in 2012, compared to $365 a dozen years earlier in 2000. Groupon and LivingSocial have occasionally offered Botox deals for as little as $99, with $149 quite common.

Another competitive service is laser skin resurfacing, which cost about $2,556 in 1996, according to the surgeons group. Physicians began offering less-invasive, fractional laser resurfacing that reduced recovery time. The cost of fractional laser skin resurfacing fell to $1,113 by 2012. Yet, couponing websites have offered numerous laser resurfacing deals for only $299. One Dallas-area Med Spa even offers this service, available with a one-year membership, for as little as $149 — a mere fraction of the cost elsewhere.

Wherever there is price competition, quality competition tends to follow. Take corrective eye surgery. From 1999 through 2011, the price of conventional Lasik fell about one-quarter due to intense competition. Eye surgeons who wanted to charge more began to provide more advanced Custom Wavefront Lasik technology using IntraLase (a laser-created flap). By 2011, the average price per eye for doctors performing Custom Lasik was about what conventional Lasik had been more than a decade earlier; but the quality is far better. Occasionally a Texas eye surgeon will offer a daily deal at half this price.

One criticism skeptics often voice in discussions about greater patient involvement is that a patient having a heart attack is not in a position to shop for the cheapest cardiac care from the back of an ambulance taking them to the emergency room. Few people would disagree. But only about one dollar out of every 20 worth of health expenditure is on patients who entered the health care system through the emergency room door. Most health care services could be obtained at a lower price if consumers merely had an incentive to compares prices. For instance: consider the experience of an insured patient whose doctor orders an abdominal CT scan. Receiving this service at a hospital outpatient department could cost the patient (or their health plan) nearly $3,000 depending on whether the patient’s deductible has been met. Yet this same service is available outside the hospital at a medical imaging center for prices that are often 85 percent less. Yet few health plans provide the tools for enrollees to compare prices and few patients have an incentive to ask about prices.

Doctors and hospitals don’t quote prices; and don’t compete on price because most patients are largely insulated from the adverse effects of not making price comparisons and acting like consumers. Both economic studies and common sense confirm that people do not shop carefully and prudently when someone else is picking up the tab. The contrast between cosmetic surgery and other medical services is important. One sector reveals a competitive marketplace and stable prices. The other does not. The medical marketplace should work more like the market for cosmetic surgery.

Study: The Market for Medical Care Should Work Like Cosmetic Surgery