Deroy Murdock
|
Posted: Jan 07, 2020 12:01 AM
Share   Tweet
The opinions expressed by columnists are their own and do not necessarily represent the views of Townhall.com. 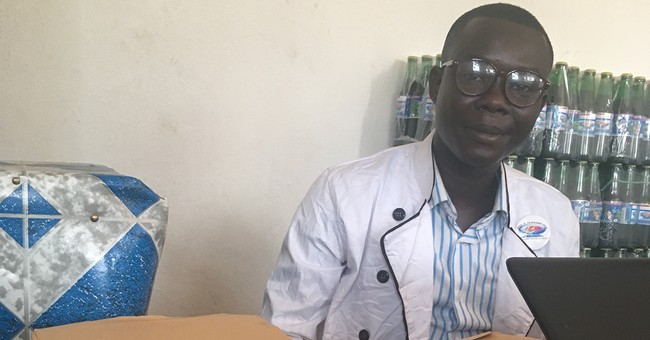 NEW YORK — A little freedom goes a long way, especially when it comes to reducing poverty.

The Atlas Network recently recognized several free-market think tanks that have helped move people dramatically from disadvantage to entrepreneurship to employment and toward prosperity.

The Atlas Network supports and/or collaborates with some 500 pro-liberty organizations in the USA and 95 countries. On principle, Atlas Network does this with strictly private funds. These three think tanks have distinguished themselves in combating poverty and improving the atmosphere for human flourishing in developing nations.

The Atlas Network bestowed the $100,000 Templeton Freedom Award for 2019 to the Foundation for Economic Freedom of Quezon City, Philippines.

FEF fought to establish property rights for some 2.5 million farmers who were struggling under a 1936 law that denied them explicit title to their formerly public parcels (collectively worth approximately $7.5 billion, FEF estimated in 2016). These rules prohibited farmers from borrowing against their property, and — amazingly — granted those who sold them their land the right to repurchase it up to five years after these transactions. (Would you even paint a house that forcibly could be bought back, up to 60 months after you arrived?) Consequently, buyers could not sell these acres for five years, either.

The red tape on these properties “made them toxic to banks and investors and lowered their market value,” according to FEF President Calixto Chikiamco. So, last February, FEF persuaded Manila to scrap these rules.

“In the Philippines, the face of poverty is rural, and giving back to our farmers the right to do with their land as they see fit, is a giant step toward eliminating rural poverty and assuring rural prosperity,” Chikiamco said. “It will also, as a consequence, hopefully strengthen democracy, because economic freedoms are very much tied to political freedoms.”

Burundi’s Centre for Development and Enterprise was a Templeton finalist, for its efforts to enrich the 80 percent of Burundians who endure extreme poverty.

CDE has hammered two key barriers to economic progress. This think tank convinced policy makers to slash the price of starting a new business from $78 to $22, a 72 percent reduction. CDE also secured a decrease in company-registration time, from seven months to one day. Such certifications soared 49.8 percent — from 2,289 in 2017 to 3,430 in 2018.

“The lower cost certainly made a difference, but from my experience meeting these Burundian entrepreneurs, the big difference is the red-tape reduction,” observed Casey Pifer of Atlas Network. “All of these procedures made it easy for entrenched interests to pay bribes to block the approval of new entrants’ paperwork. Simplifying the whole thing avoids much of this.”

“There’s a man known locally as Papa Coriander because he makes products from that spice,” said Atlas Network President Matt Warner, “He had an informal business with two employees, and once had been jailed for running an illegal business. Since August 2018’s reduction in fees and paperwork, he registered his little business and since has grown it to more than 100 employees. Incredible.”

“Within six months from the time that we made the recommendation, it was accepted, and the minimum paid-up capital requirement was annulled,” recalled CCS’s Bhakti Patil. “So, it went from 111.2 percent [of per-capita GDP] to an absolute zero.”

New Delhi-based digital-marketing entrepreneur Zubair Ahmed said: “When I heard that the minimum capital requirement had been waived, I felt similar to what a mom feels when she sees her kid walking for the first time.” Ahmed’s company has grown from two employees to nine.

America has plenty to learn here. These nations are defeating poverty through limited government rather than Cash for All, Free Stuff, and the other political Twinkies that Elizabeth Warren, Bernie Sanders, and AOC peddle as tenderloin.

Deroy Murdock is a Manhattan-based Fox News Contributor, a contributing editor with National Review Online, and a senior fellow with the Atlas Network.