Derek Hunter
|
Posted: Feb 22, 2021 12:01 AM
Share   Tweet
The opinions expressed by columnists are their own and do not necessarily represent the views of Townhall.com. 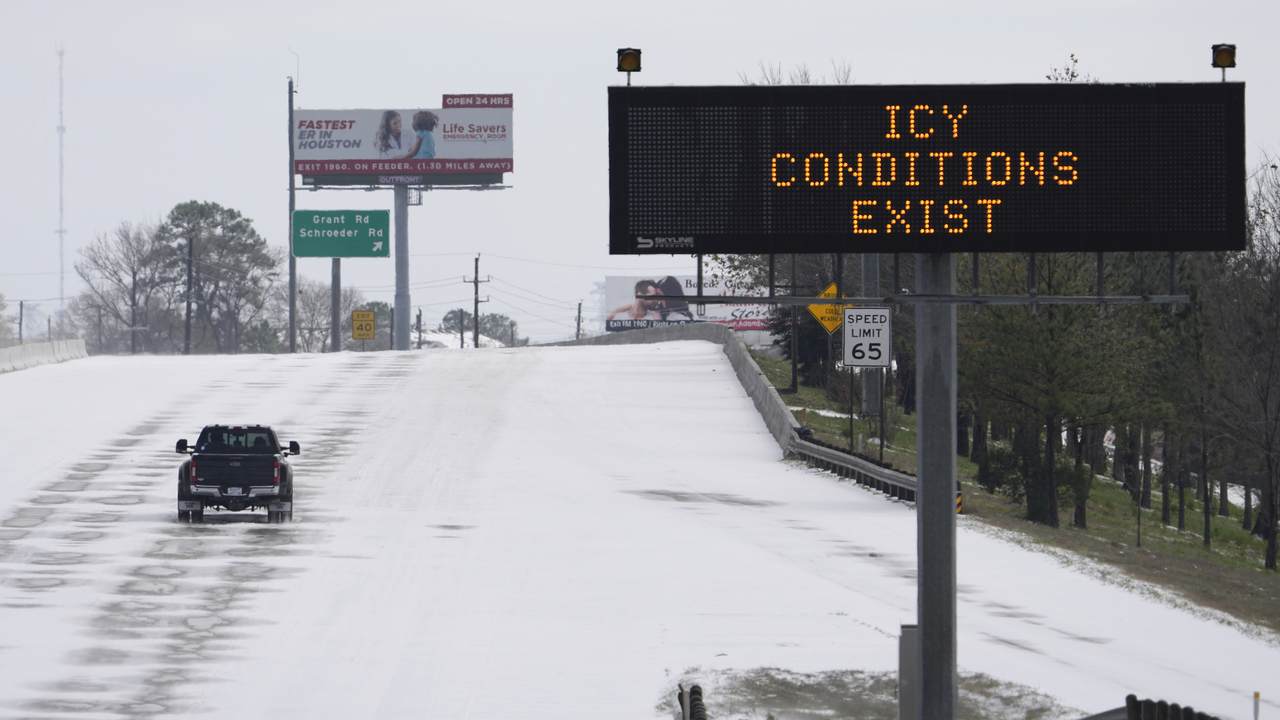 Winter storms…in WINTER?!?! Can you believe it? Next thing you’ll tell me is it gets hot in the summer. It’s clearly climate change, and because of it we need to sacrifice our liberties and economic future on the altar of what really amounts to another hidden space ship hidden in the tail of the Hale-Bopp comet. And Democrats are ready to do just that.

I know you’ve heard it before, but it’s worth repeating that in the last 50 years liberals have gone from warning about the coming ice age to global warming, before settling on the catch-all phrase “climate change.” Curiously, when the “problem” shifted 180 degrees from what they said it was, the “solutions” remained the same – new regulations, higher taxes, and more power to them. Normally, when you find out the problem you’ve been working on isn’t the problem but the exact opposite of the problem, the solution changes too. Not here.

The promise of future doom and gloom is merely a delivery device for policy changes liberals have wanted since the progressive movement started.

You’ve got to hand it to the left; they’re great at marketing – offer salvation from an un-disprovable collective future pain in exchange for some individual liberty today. It’s a bargain at twice the price.

Only, they’ve been wrong about everything. We’ve been through three, ten-year windows where the coasts were supposed to be flooded and all other manner of destruction rained down on us and it hasn’t happened.

That doesn’t stop the left from playing that card every chance they get. Nor has it prevented the media from declaring each new event to be the latest “proof” of a pattern only they get to choose what it’s constituted of, ignoring everything else to the contrary.

Winter weather in Texas is rare, not unique or new. Droughts happen. They always have. Tornadoes have always occurred in the same place, which is why it’s called “tornado alley” and not “a pleasant place where no bad weather ever happens.” Hurricanes have been battering the Caribbean for centuries before the first SUV was invented or the first gallon of gas burned.

In other words, the climate has always changed. Not just with the seasons, but anomalously throughout our history. Do yourself a favor and look up the “tiny ice age” or the “medieval warm period.” Both were curious swings of weather for extended periods of time long before fossil fuels could be blamed for them.

The left has done their best to wipe these events from memory, and they’re rarely, if ever, talked about in the media or academia. But you can find out about them, if you try, and you should.

Now everything is climate change, no matter how absurd. Heavy snow or the lack of it. Heavy rains or none. Some are grumbling that the outdoor hockey game between Colorado Avalanche and Las Vegas Golden Knights being delayed for hours because the ice was too soft is a sign of climate change. But that game was played in Lake Tahoe, right on the water. But the average temperature in Lake Tahoe in February is 45 degrees, and they dropped the puck in the middle of the day.

The level of stupid to which leftists will go to make their case knows no bounds. That so many believe it because so many parrot it is a testament not only to just how successfully the education system has been in transforming into an indoctrination factory but just how committed the left is to get their hands on that power.

Anyone who wants power that badly, who is willing to go to such great lengths to obtain it, should be denied it at all costs.

Until Republicans learn to recognize the scope of the indoctrination and how to counter it (because Republican politicians are horrible at messaging), expect even more naturally occurring events to be blamed on this boogeyman.

But you should also expect cold in winter, heat in summer, rain sometimes and not others. Hurricanes will happen, so will tornadoes. Playing hockey outside between California and Nevada at noon will remain unwise, regardless of the time of year. And you should always remember that our temperature has a lot more to do with that big ball of fire in the sky than it does anything else.