Democrats Have Lost What Was Left Of Their Minds

Derek Hunter
|
Posted: Jul 28, 2019 12:01 AM
Share   Tweet
The opinions expressed by columnists are their own and do not necessarily represent the views of Townhall.com. 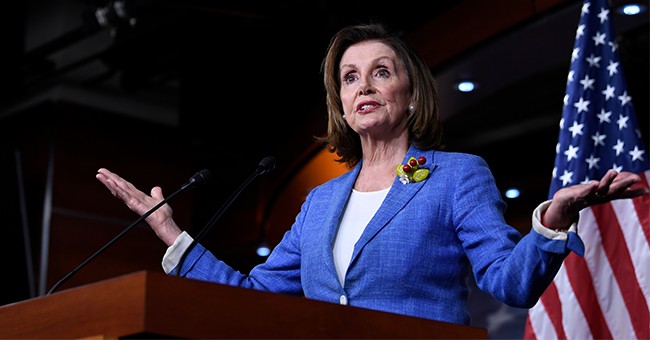 Imagine being a Democrat right now. You have the House, and the Republican majority in the Senate is small. In the race for the presidency, you have every advantage with the exception of incumbency. Yes, the economy is booming but there isn’t a mainstream media or cultural institution that isn’t on your side and willing to anything to help you win. All you have to do is not act crazy and you’re 99 percent of the way home. And that’s the problem, there are no longer any sane Democrats.

The House hearing with Robert Mueller on Wednesday was supposed to be their shining moment, their chance to rally the country to their thus far rejected cause. Instead, it was another in a long line of flops. After watching it, I wanted to call a hotline to, as I put it in my podcast, report a shameless display of elder abuse.

It’s true that Mueller didn’t want to be there, but it appears everyone was wrong about the reason why. He’s not “above the fray,” as he was portrayed by liberals, he’s lost a lot of steps. Most shockingly, the hearing exposed that he was, at best, barely involved in the investigation. He was a name to put on the letterhead to give it gravitas and the appearance of bipartisanship.

The hearing left those who watched it with the realization he was an autopen to sign off on subpoenas, letters, and the final report. I’d feel pity for him were there not so much destruction in his wake. No matter how many steps he’s lost, he knew he was driving people into bankruptcy chasing a unicorn and he sat there, silently, hammering paychecks.

But Mueller’s embarrassing testimony wasn’t the only problem for Democrats. They had to polish that turd, no matter what. This was their moment in the sun.

Democrats are running out of silver bullets to take out President Trump. First, they thought he’d implode. He didn’t. They said he’d destroy the economy, it’s thriving. They swore he colluded with Russia. He didn’t. The promised the Mueller report would change minds. It didn’t. They switched their focus to obstruction of justice. No one cared.

After dozens of unfulfilled promises and shifting goalposts, even with so many advantages working for them and a team of investigators with unlimited power, they have nothing. Because facts matter, evidence matters. So much of the past 2 years has been spent trying to change that, trying to “fundamentally transform” the country into something it was created to be the opposite of, and they failed. They’re handling it about as well as you’d expect.

On Wednesday, CNN and MSNBC were worth watching, for once. It was like watching the kid who annoyed everyone in elementary school learn their parents never loved them. They and Congressional Democrats wanted a way out. But it’s too late, they’re pot-committed.

By the next day they were back to their old form, calling for impeachment because, well, just because. The alternative would be to talk about their ideas – socialized medicine, American taxpayer-funded health insurance for illegal aliens, open borders, higher taxes, etc. They don’t want the public knowing that’s what they’re advocating for any more than the American public wants it.

Donald Trump’s existence and persistence is Chinese water torture to the left, and they’re at the breaking point. They’re down to the last gift box on Christmas morning and they know the “official Red Ryder, carbine action, two-hundred shot range model air rifle” not only isn’t in it, it’s not hiding behind the desk either.

They simultaneously declare impeachment proceedings must begin now because “no one, not even the President, is above the law,” without offering evidence of a crime beyond existing wrong in their eyes. They also do it while advising illegal aliens on how to thwart our immigration laws and avoid consequences. It seems some people are, in fact, above the law.

The drooling and incoherence will continue, as will the digging. Democrats know they’re drilling a dry well, but as long as they’re still drilling they can keep those on the hook from realizing they’re being hoodwinked.

And that’s where the Democrats are now – they’re the homeless guy losing an argument to a lamppost on a street corner. If they had the capacity to be sane, or even fake it for a while, they’d be doing it. Reality and the public’s understanding of it has taken the last sliver of rational thought they had, and with it their dignity. Donald Trump’s success and Robert Mueller’s testimony has driven them to the edge of crazy. On the plus side for them, carbon footprint was very small since it was a very short drive.