Do Yourself A Favor And Unplug

Derek Hunter
|
Posted: Jul 07, 2019 12:01 AM
Share   Tweet
The opinions expressed by columnists are their own and do not necessarily represent the views of Townhall.com. 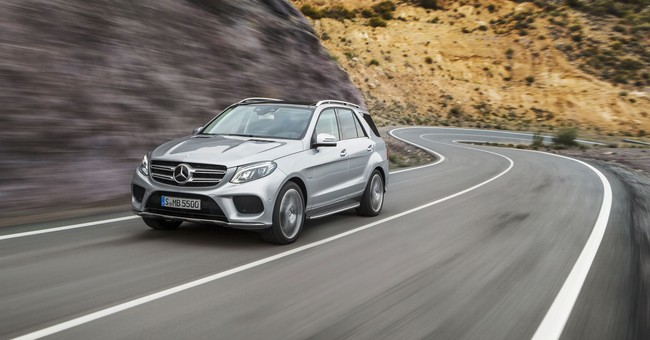 It was a glorious week, at least for me. For the first time in a long time, I unplugged. I loaded up the family truckster (a rented minivan) and drove back to Michigan to visit family for a week, and I barely checked social media. And, even more rare these days, I mostly used my phone as a device to call people and speak with them. I’m tired from having driven about 2000 miles over that week, and 10 hours back home today (with 2 kids, the oldest of which just turned 2, you tend to have to make a few stops), but I also feel relaxed. I highly recommend it.

I know the urge to remain constantly connected, “what if I miss something important?” You won’t. I didn’t completely miss all the news and log off, I caught whatever news my dad had on, or other family members, and tweeted occasionally, which was more than enough. We’re more than a year away from the next election, between now and then there will be dozens of “huge stories” that will be “game changers.” None of them will change the game. Take a break.

If you miss the latest stupid declaration from Alexandria Ocasio-Cortez, she’ll make another one. None of them, individually, mean anything. And they’ll all be forgotten by the time she makes the next one. It’s what she does, it’s who she is. It’s like breathing to her, which she’s lucky is a reflex or else she’d forget to do it. Between my typing this and you reading, she’ll have done something else that would embarrass a 10-year-old and everything will be right back to where it started.

All the Democrats running for president will have promised another couple of trillion dollars’ worth of socialist spending or gone on virtue-signaling tweet-storms that make their last ones seem quaint. You don’t always need to see it happen in real time, the next one will be waiting for you and your rolling eyes soon enough.

What won’t be waiting for you is yesterday, or last week, or whenever – they’re gone forever. John Lennon sang, “Life is what happens to you while you’re busy making other plans.”  Take a day, a week, some time to recharge, laugh, swim in your brother’s pool, or drink a beer with someone you don’t see as often as you’d like, or should, and listen to their stories.

I don’t mean to go all Marianne Williamson on you, but we have a long fight ahead of us and we’re all going to need to be able to focus. Plus, as important as politics is, life beats it, and family destroys it.

It’s been a week since I checked by Twitter mentions or posted to Facebook and I don’t feel like I missed a thing. It’s been a week since I read a Trump tweet or heard about which Democrat is surging in the latest poll and fundraising numbers, and I couldn’t be cooler with it. I’ve barely watched a minute of a random, head-shaking MSNBC or CNN clip of one of their holiday week c-list guest hosts nodding along to a d-list guest who stayed in town for the specific reason of making themselves available in the hope that a producer would give them their shot. Nothing.

Until you step away for a second, you don’t realize just how much post-digested food we voluntarily marinate ourselves in on a daily basis. Taking a break is like a shower after a long, hard day of working outside – you know you’re going to need another one tomorrow, but for that moment, when you step out, it’s glorious.

Go to a museum, drive to the beach, or don’t get out of bed for a day, even if it’s a weekend day. Binge on a movie series or TV show, because why not?

It’s rather difficult to be only casually involved in politics in recent years. People are either oblivious or neck-deep. You can’t be “a little bit pregnant,” in for a penny, in for a pound. Before everyone gets pot-committed in 2020, fold a hand and live a little.

Ferris Bueller had it right when he said, “Life moves pretty fast. If you don't stop and look around once in a while, you could miss it.” Don’t do it, even if you don’t go anywhere or do anything at all. Everything will be waiting for you when you get back.

Oh, So That's Why Chris Cuomo Was Able to Hang Around For So Long at CNN
Townhall
Insane (and racist) Nation sports editor Dave Zirin accuses Enes Kanter Freedom of 'trying to organize a hate crime' for blasting Jeremy Lin's CCP bootlicking
Twitchy
Lefties Freak out on Conservatives for Doing Exactly What They Told Them to Do
Redstate
RUN AWAY! Democrats Fleeing Biden's Sinking Ship
PJ Media