The Left’s Obsession with Race

Derek Hunter
|
Posted: May 12, 2019 12:01 AM
Share   Tweet
The opinions expressed by columnists are their own and do not necessarily represent the views of Townhall.com. 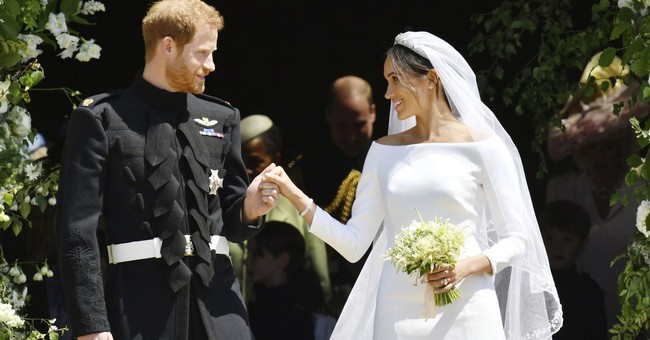 There was a time when people aspired to a world where race was an afterthought. It was always a tough slog, but we’d moved closer and closer over time. Then something funny happened – a political party realized they could benefit from division and that unity was bad for business. Unity would require a debate on issues and their merits, which was one they had been losing, so they opted for backsliding; divide to conquer.

If you divide people into groups it is much easier to win. Groups of people are easier to manipulate than millions of individuals. It is easier to win especially when you’ve been inundating them with the idea that there are “others” actively working against them as well as a system completely rigged to crush them. These ideas coupled with the elevation and fetishization of victimhood in the culture and you’ve created the perfect petri dish for the progressive agenda.

We’ve all seen and hear the “us vs. them” politics of the left, especially the last few years. Rich vs. poor, straight vs. gay, urban vs. rural, etc. But their favorite, and most effective, tool is race – the hyphen has been fully weaponized.

Skipping the larger, more obvious declarations about putting “y’all back in chains” and the like, this mentality has permeated every level of thinking on the left. And since it is metastasizing throughout the left, it has infected the culture.

TV shows and movies about how awful and racist the country is rack up awards, if not audience members.

But the latest example is the most absurd, at least so far.

This week a baby was born. A “royal baby,” if you’re into that sort of thing. Prince Harry and his wife Meghan welcomed a baby boy whose name is irrelevant and not worth Googling (it’s something very British). Whatever the name, surely most people wish him well and, unless you’re British, never really think about him again. Let the kid be as much of a kid as anyone cursed with the luck of being born into the royal family in the modern era can be.

But in the “woke world,” everything is an opportunity, everything is available for exploitation, if hit helps the cause – from family tragedies to school shootings before a motive is known or there’s an accurate body count – so why should a baby’s birth be any different?

Before his umbilical cord has even fallen off, leftists were projecting their agenda onto him because his mother happens to have a black mother. “Will Meghan Markle and Prince Harry raise their baby to be black?” the Los Angeles Times wondered.

CNN’s “analysis” of the birth was titled, “Don’t use the royal birth to trot out a dangerous myth.” What “dangerous myth” were they warning the world about? “Let's not turn this child into another ‘Great Mixed-Race Hope,’” the piece declared. I’ll take a moment to remind you that this child was just born and still in the hospital when these “news” organizations decided the world needed to know these deep thoughts.

“We've seen this story before. A mixed-race person is elevated to a position of prominence. They're touted as proof of racial progress,” CNN’s column continued, “part of a Brown New World in which racism will inevitably collapse in the future because there will be so many interracial relationships. This anointing is part of what some call the ongoing "fetishization" of interracial children and adults.” Again, it is a baby.

The CNN article went on to ask, “How black will the royal baby be?” Not kidding.

That’s just a taste of the obsessive/compulsive (Pavlovian really) reaction to an opportunity to exploit anything remotely tied to race. It’s a sickness, but what’s worse there is a large swath of the country who think this is good, that it’s important.

The most quoted like from Martin Luther King’s “I have a dream” speech is, “I have a dream that my four little children will one day live in a nation where they will not be judged by the color of their skin but by the content of their character.” It’s a beautiful dream we’ve not only stopped moving towards, Democrats have slammed the car in reverse. To win elections they’re willing to damage the country by engaging in exactly what they tell people they’re fighting. That saddest part is it works.