The Media Honestly Doesn’t Get It

Derek Hunter  |  Jan 29, 2017
The opinions expressed by columnists are their own and do not necessarily represent the views of Townhall.com.
Top Columns
Trending on Townhall Media 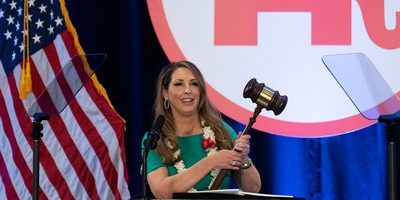 In 1968, if you’d railed endlessly about how the United States would never, ever send men to the moon, you would’ve had some crow to eat the following year.

If you made your declarations not in your local pub, but on television and in the newspaper, and if you had bolstered your claim with credentials in the sciences, you’d be having a Thanksgiving dinner’s worth of crow to consume.

And maybe, just maybe, when Neil Armstrong and Buzz Aldrin returned, you’d recognize you need to rethink some of the things you had known to be true only a year ago.

Such is the case with the mainstream media and President Trump. Only, unlike someone who’d reflected and reconciled the reality of a moonshot with their worldview going forward, the media still lives in a bubble where it’s the reality that’s wrong.

When Steve Bannon, President Trump’s chief strategist, told the New York Times, “The media here is the opposition party. They don’t understand this country. They still do not understand why Donald Trump is the president of the United States,” it was true.

Putting aside how the media had no problem with the Obama administration saying the same thing in 2009 about Fox News, rather than recognize just how far the profession of journalism has fallen from its purpose, journalists responded indignantly.

But what Bannon said is what they’ve been doing for more than a year.

Yes, after the first round of outrage over Trump’s announcement speech, in which the media still falsely claim he called all Mexicans rapists, there was a honeymoon period where they showered him with coverage. But they didn’t afford Trump and Trump alone an hour-long phone interview so Americans could get to know this candidate. They did it for ratings.

The tone of coverage changed dramatically around the conventions. A billion dollars in free airtime later, Trump was the nominee and it was time to destroy him.

But they couldn’t destroy him. No matter how hard they tried, Trump remained within striking distance of Hillary Clinton. On Nov. 8, Trump struck and won the election.

He didn’t win because he spent the most money; Hillary’s spending dwarfed his. He didn’t win because he was the best campaigner; his speeches were often disjointed and contradictory. He won because voters, particularly in the Midwest, believed in whatever version of Donald Trump mattered to them the most. And no one in the media saw it coming.

That’s a major problem for journalists in the age of social media, where connecting with your audience, even tangentially, matters.

It also matters when reporters are supposed to report on what is happening. The 2016 election was the equivalent of missing a tsunami – the ground shook when he won the nomination, the alarms were going off as he remained close in the polls, and still they were all wet on election day. And they’ve been mad as a cat after a bath since.

That brings us to the other part of Bannon’s quote, the part the media doesn’t want to talk about. “The media should be embarrassed and humiliated and keep its mouth shut,” he said. And while most headlines stopped there, Bannon did not. He continued with, “and just listen for a while.”

It wasn’t a new sentence. It was the same sentence, though you wouldn’t know it from any of the headlines, tweets or talking heads who clutched their pearls over someone in the White House telling the media to “keep its mouth shut.”

They dishonestly played it as a “threat to the First Amendment,” because outrage is cheap and self-reflection is hard.

Journalists, especially on the national beat, live in an insulated world populated by other journalists and like-minded, self-described policy wonks. Even if they happen to have come from the Midwest or somewhere else people do actual work for a living, they undoubtedly spent their youth yearning to leave. Having hated where they grew up, that economic reality is easy to escape and forget in recession-proof Washington, when you type and talk for a living.

Listening is only for people who “matter,” not those who labor. Industrial areas are places they visit every four years, like the zoo. You don’t listen to the animals at the zoo. They pop in, write their stories about blue-haired old ladies and how quaint it is, then head back to the DC cocktail circuit as a hero who can regale their peers with tales of how they survived some filthy diner lacking a proper brunch menu. “You mean they didn’t have mimosas?” The horror.

Bannon is absolutely right that journalists should shut their pie holes and open their ears for a while. But it won’t do any good if they do so only in places you can reach via an Acela train.

So was digging – establishing and cultivating sources. Investigating is barely even a part of investigative journalism anymore. Now reporters are given things and it’s reported as fact. Since so much of their work is online now, it’s easy to fix it later if it turns out wrong or incomplete. There’s a happy hour to get to.

Meanwhile, millions of Americans living in flyover country crack a beer in their local bar or VFW Hall and marvel at what they have done. They had voted for Democrats for 20 years, but this time, they decided a billionaire from New York better represented their interests than the smug scribes who make a quadrennial pilgrimage to flyover country.

These Americans had a story to tell. And the people who should have been listening were too busy doing other things.

And journalists are still walking around in 1970 insisting the moon landing was filmed on a soundstage.