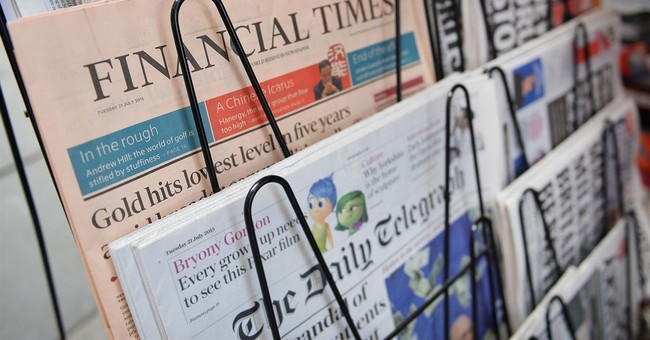 Hollywood has made a lot of money with movies where an older lead character goes back to college and has the time of his or her life. Those movies always made the concept seem like a lot of fun and even had me thinking I’d have a blast if I could go back 15 years to my senior year. Then I read the news about what college campuses have become, and I realize how awful it actually would be.

I graduated in December 2000, and I remember thinking at the time how politically correct the campus. Now? Forget it.

My senior year, the editor of the school paper was in one of my classes. I don’t remember her name or the class, but I do remember sitting next to her and making her laugh. I also remember it was some sort of politics class.

As such, she asked if I’d be interested in writing for the paper on occasion. The opportunity of annoying liberals on campus for no pay was right up my alley, so I immediately said yes.

The recount in Florida was happening at the time, which was fertile ground for columns and a great way to get under the skin of the professors.

I don’t remember many of my columns that year. I used the only copies I had to line the shelves in my old kitchen and threw them out when I got married and moved. But I remember the title of the first one about the hand recount and how Democrats were trying to steal the election. It was “A Hand-Job In Florida.”

Yep, I wrote it specifically for that reason. Needless to say, with that title and the text that followed, it wasn’t all that popular, content-wise.

Getting grief from fellow students was expected, and I couldn’t care less. That’s why I poked the bear in the first place. Equally not registering on my “Give-A-Damn Meter,” but surprising, was the anger from professors.

One political science professor, who did not sign his name to the letter but did use letterhead, wrote what he thought was a scathing letter to me through the paper’s office, back when people wrote letters.

I remember laughing and thinking “What an idiot.”

That professor seemed like an anomaly. Why would any adult read a student newspaper, let alone get so upset by an opinion column in it to write a profanity-laced letter to the writer?

Well, 15 years later, that professor, and thousands more like him, have spread like a virus across the country, infecting universities with their fascistic impulses.

What once was laughed off or chalked up to a difference of opinion is now bordering on a hate crime.

The Foundation for Individual Right in Education, or FIRE, recently wrote an article on the happenings at Wesleyan University. It seems a student wrote an op-ed critical of the racist #BlackLivesMatter “movement and other students got upset.

The article was rather tame. It mentioned nothing about how the group is funded by rich white leftists or the lie that there is some sort of “open season on young black men” by anyone other than other young black men, and it mentioned only casually the organization inspiring cold-blooded murders of police officers.

The author was actually pretty sympathetic to the “cause,” as fraudulent as it is.

But “pretty sympathetic” isn’t enough anymore. If you aren’t in goosestep, er, I mean lockstep with the progressive left, you must be destroyed or made to submit.

The school newspaper that dared run a tame opinion piece on its opinion pages is now under attack by the tolerant left.

A petition was launched, because that’s what mobs do these days, to demand, among other stupid things, mandatory “once-a-semester Social Justice/Diversity training for all publications.” That’s a direct translation from the original German.

Essentially, these mini-fascists in training want a re-education camp for anyone who might stray from the progressive thought plantation. And they’ll probably get it – or some approximation of it – that will, over time, become exactly what they want so the university can claim to be a place where academic freedom still exists.

The petition calls for a boycott, which they explain means “recycling” the paper. That’s code for stealing all the copies and destroying them so no one can read them, which would make businesses stop advertising in the paper because no one would see their ads. It’s a very “green” way of boycotting that is as “red” as it gets.

Everything old is new again on the progressive side of the scale. These little mini-fascists in training basically want a localized Kristallnacht on the school paper for the same reason the first one happened – hatred. Rather than a religion, modern college leftists hate ideas that differ from theirs. But the hatred burns just as deeply.

Come to think of it, these aren’t mini-fascists at all. They don’t all wear the same color shirts anymore, and their führers don’t have countries, they have tenure. No, there’s nothing “mini” about them except their brains.