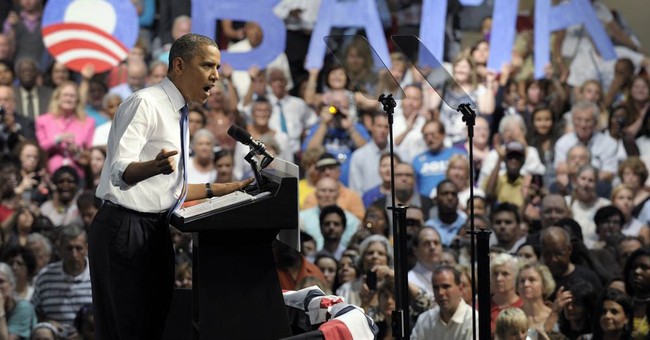 Tactics are important. History is replete with examples of superior forces being defeated by smaller armies with a better battle plan. Conservatives lose for the same reason: We have no battle plan.

For years conservatives were content to be correct. Socialism doesn’t work. Fascism was a horrendous failure. Communism collapsed under its own weight. Each time conservatives were vindicated in their opposition to these failed branches of the progressive ideological tree. But at the end of each battle we made the mistake of assuming the war was over. It wasn’t and never will be.

Every progressive victory was preceded by repeated failure, sometimes decades of it. And each time, conservatives thought that was the end of the issue. A prime example of this is Hillarycare in the early ‘90s. It was a crushing rebuke of socialism and led to the Republican revolution in 1994. But the issue never went away, progressives never stopped working toward their goal, and, eventually, they won.

Remember the Contract with America in the ‘90s? A balanced budget amendment, term limits, Social Security reform, etc., etc. What happened to those policy goals? Aside from random candidates pledging to serve X number of terms, they aren’t talked about anymore with regularity on a national scale.

When Hillarycare went down, Republicans didn’t rush to fill that void. The problems with the health care system did not miraculously go away when that project went down in flames. There was no concerted effort to rally the country around a free-market-based health care system. There were just minor nips around the edges to appease various groups. The GOP’s failure to put forth a vision and fight for passage of any sort of reform in the wake of that victory led to a massive loss for the country on Obamacare.

I’ve asked several Republican members of Congress, mostly conservatives, about the party’s vision for replacing Obamacare. Most say they are waiting to get behind the plan of the eventual presidential nominee. But that’s not a strategy. That’s a dodge.

Rather than focus on issues that affect people’s lives and create jobs, such as replacing Obamacare with a real, market-based system that empowers individuals, Republicans sit and wait. But no matter how long they wait, Godot never shows.

Conservatives are rudderless, but progressives are relentless.

Not a day goes by I don’t get some email from the Democratic National Committee or Organizing for America or some other left-wing group extoling whatever issue they’re pushing. Forcing companies to provide paid sick leave to every employee? It’s a national imperative. Raising the minimum wage? Lives depend on it. “Stronger” overtime rules? People are being hurt. Guns? People are being killed by these inanimate objects and we must stop it now.

It’s all garbage and lies. These issues are nowhere near the top of the list of concerns of the American people, but, if history holds, some form of each will be rammed through Congress and signed by a progressive president within the next 20 years unless conservatives offer a counter-vision.

That’s not to say the GOP has to offer its own “solutions” to these problems. There are plenty of issues out there and no reason to let opponents choose the battlefield. But what do Republicans want to do? What’s their vision?

The left not only chooses the battlefields, it defines the terms of the fight. A lone monster does something awful with a gun, and the narrative becomes the need to control everyone’s exercise of their Second Amendment rights. The president and progressive politicians (and the media, but I repeat myself) stampede to microphones with a uniform message of how “something must be done.”

An illegal alien with a gun stolen from the government murders a woman walking with her father, and she might as well not have existed. For all his faults, were it not for Donald Trump, the name Kate Steinle not only already would be forgotten, it never would have been known. Yet progressives are unified in their “You shouldn’t punish everyone for the actions of one person” message (in this case; they do want to punish everybody for Dylann Roof’s crimes), and no prominent politician on the right points out the hypocrisy.

Progressives never stop, and they don’t care how many bodies or how much destruction they leave in their wake in achieving their objectives. Dozens of Democrats were thrown out of Congress for their vote in support of Obamacare, and they knew it would happen before they cast it. Republicans can’t bring themselves to use the constitutional power of the purse to force any concessions on Obamacare – even though that’s how most of them got to Congress in the first place – because they’re afraid of how people could perceive it and they might lose their jobs.

Democrats have a strategy, a battle plan they’re willing to do anything to advance. Republicans have facts, statistics, history and no clue what to do with them. If you can’t sell freedom, if you can’t convince citizens of the importance of liberty, you will lose. More importantly, you will deserve to lose.

If the GOP and whoever the presidential candidate ends up being can’t commit to an agenda with vision, one of growth and liberty with the tenacity their political opponents bring to its antithesis, 2016 will be another example of Republicans snatching defeat from the jaws of victory.