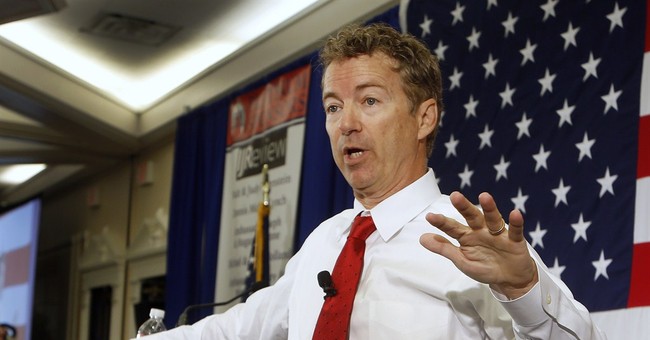 It’s going to be a crowded field for the Republican nomination for president. Liberals will make “clown car” jokes during the first few events where they appear together. And they might not be that far off the mark, to be honest.

Every election season someone says something so stupid it makes your face look like you just had a lemon unexpectedly shoved in your mouth. Unfortunately that someone is usually a Republican.

Oh, Democrats say stupid and counterproductive things too, but they aren’t broadcast on a loop to the tens of millions of Americans who can name more “Real Housewives” cast members than members of Congress. But those people vote too, and there’s more of them than there are people who are informed.

That’s why it’s so important the Republican field, and the eventual nominee, learn to watch out for bear traps and not get played by the media.

It’s sad the biggest obstacle facing a major party’s nominee will be the media, but it’s also not surprising. Those bear traps out there often are painted bright orange and laying in the middle of a clean sidewalk on a cloudless day.

Self-inflicted wounds take out more candidates than any fire coming from their opponent. You can blame the media for asking the questions, but that’s just setting the trap. Someone has to fall into it for it work.

That’s why it’s heartening to see some (not all) in the potential field handle the media rather than be handled by it. This has to become the norm, not the exception.

The only thing mainstream media journalists fear more than a liberal losing an election is being exposed as a fool. No one event will do this, mind you, but the culmination of events can. A bloodied nose heals and is forgotten; a nose continually hit so the hemorrhaging can’t stop will give that person pause.

In 2012, former Speaker of the House Newt Gingrich not only bloodied the nose of CNN’s John King, he broke his jaw. King asked Newt about allegations his ex-wife made, and Newt pummeled him. (Seriously, watch the video to remind yourself.) The crowd leapt to its feet, and Gingrich won the South Carolina primary a few days later.

Outspent and out-organized, Newt beat the Mitt Romney machine and the GOP establishment. They would destroy him in Florida under a pile of money and attacks, but no other candidate got so far and had so much success by sheer force of wit and will than Gingrich did in 2012.

If Romney had learned the lesson of South Carolina and carried even a hint of Newt’s willingness to call B.S. questions what they are, the election could have been very different.

But Mitt, like so many other Republicans, allowed the media to define the debate, to set the narrative, and he attempted to work within it. That never works.

I hope to see candidates continue down the path of destroying the media’s narrative. Enough punches to their metaphorical noses, and they will become gun-shy.

When asked asinine bear trap questions – and they will be – they can’t be afraid to go on the offensive.

They will be asked about gay marriage. They have an “R” after their name, so we pretty much know where they stand, regardless how much they actually care about the issue. But there is little the president of the United States can or should do on the issue. The Supreme Court and the states will fight it out, and the president will be a non-entity on it.

It doesn’t matter. It won’t create one job. It won’t get one family off welfare and on the path to prosperity. It won’t make the nation more secure from terrorists who seek to kill Americans, nor will it stimulate the economy or reduce the national debt.

To answer that question is to jump with both feet into that bear trap. It may help pander to people who enjoy being pandered to, but anyone who votes on those “trap” issues is either firmly on your side or firmly against you. There is no combination of words that will change their minds.

But those questions are temping to answer because they seem like red meat for the base. But if the base isn’t fully fired up after seven years of the progressive liberal agenda wreaking havoc on the country, it deserves to go hungry.

This election isn’t about any one issue, or any set of issues. It’s about the future of the country. It’s about restoring some measure of restraint to an executive out of control and re-establishing the Constitution. If candidates can’t navigate the traps and trails the media has planned for them, they should leave the very crowded Republican stage as soon as possible because there is no way they’ll be able to handle the woman standing alone on her own stage on the other side of the curtain.

On a personal note, my station, WBAL in Baltimore, is organizing a trip to Ireland in September for me and my listeners. It’s a great deal and will be a blast. If you’ve always wanted to see the Emerald Isle and want to hoist a pint with like-minded conservatives or just give me a piece of your mind, consider joining us. Check out the details here.