Truth Is For Suckers 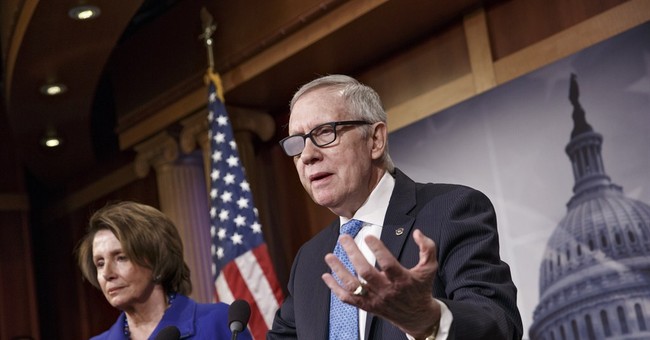 Rolling Stone magazine published a lie about a fraternity at the University of Virginia and made a lot of money from it. “A Rape On Campus” was one of its most popular stories ever, getting more than 2.7 million page views. The advertisers who paid for those impressions aren’t getting their money back from the magazine.

None of the editors involved in overlooking such obvious and glaring holes in the story were fired of suspended.

The writer of the story, Sabrina Erdely, wasn’t disciplined in any way either, even though she perpetrated the fraud every bit as much as the subject did.

And then there’s “Jackie,” the “star” of the fable. (Her last name is out there if you really care to know, but I’d rather not feed her ego.) She’s lost friends but has gained supporters. Her future may not seem bright at the moment, but it will be. She’ll be giving TED talks and be considered for a future spot on The View alongside Monica Lewinski before you know it.

Even UVa President Teresa Sullivan, who punished every Greek organization on campus because of false allegations, more than likely will skate without consequences.

So what’s the point in not lying?

It’s even better if the lie is “the truth” someone else is desperate to hear. Tell people a lie they wish were true, and you’ll have a clear path to whatever you want.

Politicians deal in lies the way Picasso worked in paint. It’s their currency. “If you like your plan, you can keep your plan.” “I deleted only personal emails, then wiped the server clean,” “We will do everything in our power to ensure the president’s illegal amnesty is defunded.” All lies … that worked.

It’s almost to the point that telling the truth hurts you.

Tell students on a college campus that the “one in five women in college are sexually assaulted” statistic is a bald-faced lie cooked up to advance the left-wing’s victimhood agenda, and you’ll be chased off campus by an ignorant mob.

Tell a progressive Democrat that when you remove people forcibly enrolled in Medicaid and those who had the insurance they liked cancelled, Obamacare has increased the out-of-pocket costs for health care in this country significantly while “helping” very few, and you’ll get roughly the same reaction as you would by showing them a picture of their parents naked.

A large swath of the country simply has no use for the truth. Many of them don’t care when they’re lied to. Willful ignorance is bliss.

Suspended NBC News anchor Brian Williams may well end up being the last person publicly punished for lying, and he’s due back in his old job soon.

So why not lie? It is the easier path to getting what you want in many cases.

Senate Minority Leader Harry Reid recently justified his lie that Mitt Romney hadn’t paid any taxes in 10 years by saying, “Romney didn’t win, did he?” Reid knew he was lying and did so with premeditation. He even did it on the Senate floor, where he has absolute immunity to slander whomever he likes.

Leftists in the media feigned disgust but moved on quickly. For them to dwell on Reid's or any politician’s lies would be to indict themselves for unquestioningly perpetuating those lies. Or worse, facilitating them, which the media also does with regularity.

If you are on the political left or a member of a progressive “victim class,” the sky is the limit when it comes to how far a lie can carry you.

It begs the question, “Why shouldn’t the rest of us join in and bask in the spoils of lies?” The answer is integrity. The truth still matters. It’s not yet a quaint notion of the past. But it’s not far from being that way.