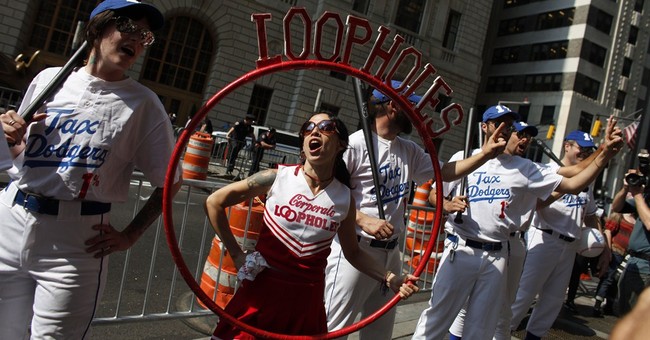 Republicans are the party of hate. I know this because the media tells me so. You didn’t know? Did you miss a meeting or something?

ReThuglicans are trying to destroy the country’s economy, oppress minorities, drive gay people into the sea and literally destroy the planet. That is, after all, why Ronald Reagan created crack cocaine and AIDS and why the Koch brothers exist, right?

Those are all incredibly stupid statements, but they’re also perhaps exaggerated versions of statements various factions within the Democratic Party’s coalition believe and Democratic leaders espouse.

If ignorance truly was bliss, you’d think progressives and the Democratic base would be among the happiest people in the world. But they’re not. They’re miserable people obsessed with the prospect that someone, somewhere, is having a type of fun they don’t approve of or making more money than someone else. In short: not living in a manner expressly endorsed by leftists.

In a fit of hilarity to anyone who knows history, Democrats routinely attack Republicans for “representing the past,” for “having no new ideas” while espousing and implementing policies that date back to the beginning of the 20th century and have failed everywhere they’ve been tried.

Like the guy in Times Square playing 3-Card Monte, progressives want to keep the attention on everything but what they’re actually doing.

With President Obama touting failures such as Obamacare as wonderful success stories, no one in the mainstream media is bothering to cover the millions upon millions of Americans who are demonstrably worse off because of the law.

Politics, thanks to the media and the Democratic Party, have become a con game. And we’re all the marks.

When in doubt, when boxed into a corner and someone is on the verge of spotting the red queen in your palm, break out the “ists” and “phobes.”

Racist, sexist and homophobe are the weapons of choice for the Left. Not the weapons of last resort, mind you. These are the first and usually only weapons they use. Where facts should live, only charges of hate reside. And it works.

More than 30 states have Religious Freedom Restoration Acts to protect people of faith from state governments mandating their citizens do things that violate their deeply held religious beliefs. It’s not a permission slip to hate or to discriminate, but you’d never know that by the coverage of Indiana joining those other states this week. But don’t take my word for it, take the word of pro-gay marriage Indiana University law professor Daniel Conkle.

In spite of the fact that almost three dozen states have similar laws, none of which have ended up in the wholesale hunting down of gay people nor any discrimination, the media set about lying to instill fear and anger in the hearts of Americans.

Huffington Post ran a story by blogger Amanda Terkel calling the law “anti-gay.” In it, Terkel writes “Indiana Gov. Mike Pence (R) quietly signed legislation…” then goes on to add enough qualifiers to twist the story so as to allow it to be “accurate” when no “anti-gay” actions result.

By the way, when Gov. Pence “quietly signed” the bill into law he tweeted a picture of the signing ceremony. That is akin to screaming a secret into the sound system from the 50-yard line at halftime of the Super Bowl. HuffPo is not known for letting facts stand in the way.

But progressive activist blogs weren’t the only ones content to lie about what happened in Indiana. CNN “journalist” Eric Bradner tweeted his story on the new law by saying, “Indiana Gov. Mike Pence signs law allowing businesses to reject gay customers in name of ‘religious freedom.’”

Aside from that not being remotely close to the truth, Bradner couldn’t help himself from putting the words “religious freedom” in quotes not only in his tweet but in the story itself. That’s why I put “journalist” in quotes when referring to CNN’s “politics reporter covering 2016.” Any GOP candidate who gives so much as a quote to this tool shed should be automatically disqualified from consideration.

Bradner’s “reporting” spread across the Internet like a cold on a plane. Contently uninformed progressives from the business world and the entertainment industry were outraged. Someone named Marc Benioff professed his company’s intention to wipe Indiana off its map. “Today we are canceling all programs that require our customers/employees to travel to Indiana to face discrimination,” the ignorant CEO tweeted.

Oddly, Benioff’s company, SalesForce, gladly does business with the progressive communists in China who imprison and murder its citizens for whatever reason they want, but Americans harming no one is a bridge too far.

The pudgy CEO wasn’t the only millionaire or billionaire to swallow the hook. I’m not going to link to any more of them because it would just give progressive websites money, but Apple CEO Tim Cook, Miley Cyrus, Ashton Kutcher and Mr. Sulu all called for boycotting Indiana. Unthinking minions followed suit, all led by a media that should know better.

They do know better. They just don’t care. The narrative, the progressive agenda, must be advanced.

Having moved on from their “hands up, don’t shoot” lie, some new outrage must be advanced to keep the mindless angry. It’s why the 3-Card Monte guy never stops talking…

Always ready to distract from her own troubles and jump on a left-wing bandwagon, Hillary Clinton tweeted, “Sad this new Indiana law can happen in America today. We shouldn't discriminate against ppl bc of who they love #LGBT.”

Personally, I agree with the man who, when he signed the federal version of the Religious Freedom Restoration Act, said, “We are a people of faith. We have been so secure in that faith that we have enshrined in our Constitution protection for people who profess no faith. And good for us for doing so. That is what the first amendment is all about. But let us never believe that the freedom of religion imposes on any of us some responsibility to run from our convictions. Let us instead respect one another’s faiths, fight to the death to preserve the right of every American to practice whatever convictions he or she has, but bring our values back to the table of American discourse to heal our troubled land.”

Of course that was a really, really long time ago, way back in 1993, and the man was President Bill Clinton. Something none of those “news” organizations, CEOs, celebrities or any member of the progressive flying monkey outrage army bothered to mention or probably even knew. Googling, like thinking, is too hard for some.

They’re content to label anyone who disagrees with them an “ist” or a “phobe” of some sort, so let’s just call ourselves “Ist-a-Phobes” and cut out the middleman. I’d rather be called that than “progressive” any day of the week.

On the plus side, progressives haven’t yet called for “camps” or mass executions of people who disagree with them. That’s a major step “forward” for them from the last century, so we’ve got that going for us.

NOTE: I know I said I was going to write the second half of my Thursday column today, but I wanted to rant about this while it was fresh. I’ll write part two next Thursday.