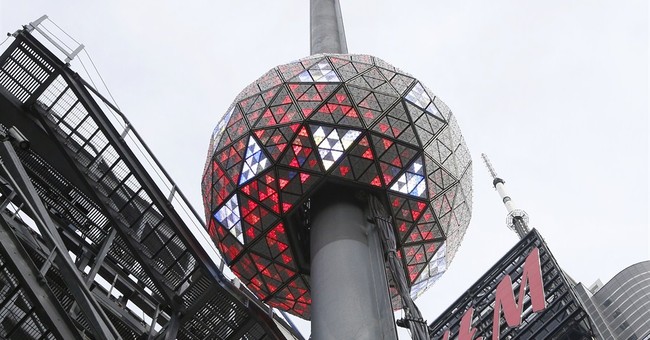 I fall firmly in the pessimist camp. There’s nowhere to go but up when you expect the worst from a year. As such, let us take a look forward, into the future, and see what awful, annoying, and stupid things 2015 may have in store for us.

With Republicans in full control of Congress, President Barack Obama will spend more time with his magic pen and phone. While vetoing legislation passed by duly elected representatives of the people, Obama will spend hours holding his phone to his head and “hearing” the 2/3rds of people who didn’t vote in November. He will then use his magic pen to order the Justice Department reopen the polls so those who were so inspired by, and in favor of, Barack Obama’s policies that they didn’t bother to vote can exercise the right they forsook because of disillusionment. He will also play a lot of golf.

Panic will grip the White House once again as the Secret Service suffers yet another security breach when Vice President Joe Biden is feared kidnapped. Missing for days, the nation fears the worst. When no demands are forthcoming and no group claims responsibility, confusion rules. A collective sign of relief occurs when it is discovered Biden had locked himself in a closet off the Oval Office with a supply of Capri Sun juice bags and peanut butter Snickers in an attempt to get some publicity and raise his name ID. It worked, as his numbers among likely Democratic primary voters doubles to 4.

In an attempt to identify with “average Americans,” Hillary Clinton will drive a car for the first time in 20 years. While driving, her PTSD flashes her back to the days she was “dirt poor” and “dead broke,” and she drives the car into a telephone pole. She escapes unharmed as the car was wrapped in reporters desperate to get close to her and protect her from any potential harm. However, tragically, this accident wipes out the majority of MSNBC’s daytime and primetime line-up. No one notices.

The political world is shaken to its core when new Senate Majority Leader Mitch McConnell is discovered to be, in fact, Morn, a character from Star Trek: Deep Space Nine. This shocking revelation comes about when an intern at ABC News goes on a Red Bull and amphetamines bender and becomes the first human ever to stay awake during an entire McConnell press conference and discovers that ends it by saying, “I’m secretly Morn from DS9, yo.” Research shows he’d been ending every press conference and floor speech that way since he was first elected to Congress, only no one ever managed to stay awake for more than 3 minutes of him speaking. At his first “out” press conference, a shocked press corps immediately falls asleep during his opening statement and it’s never spoken of again.

Someone in cable news will accidentally book a series of interviews with actual live newsmakers. The green room full of pundits and paid contributors will be confused by this, as will the host. A bloodbath will ensue as people who’d read the Associated Press account of an event in preparation of a TV hit on a subject they were not involved in and were unfamiliar with just an hour ago, are bumped for people with first-hand knowledge of a news event. Radio hosts, columnists and people with the bogus title of “contributing editor” will suffer major losses. With all of their usual talking head guests hospitalized, cable news faces panic: How to talk about the news without people completely disconnected from it giving their disconnected, uninformed opinion. They decide to take a risk, something that hasn’t been tried for years – only deliver news and information to their audience while interviewing people actually involved in the news. The words “for reaction we turn to” and “joining us now are (some idiot on the right and some idiot on the left) to discuss what you just heard” fade from the airwaves and people begin to get information again. Then a Kardashian has an audible fart caught on a video at LAX and everything goes back to how it was.

Speaker of the House John Boehner is embroiled in controversy when it is discovered that his office spends $3800 per month at Costco. The scandal is quickly put to rest when, at a hastily scheduled press conference, the Speaker shows a receipt for a recurring delivery of 2500 boxes of Kleenex every month. A reporter for Reuters drowns after asking how much his tissue budget was while growing up in Ohio.

A bad batch of Botox will have everyone in the Democratic primary hospitalized just before their first debate, with the exception of former Maryland Governor Martin O’Malley who declined to go with “Biden’s guy” because he always carries his own stash. Senator Elizabeth Warren files “hate crime” charges against the doctor, claiming he should have used less tainted Botox because of her high “native American” cheekbones. That case is dismissed when, during a pretrial motion hearing, no one could stop laughing at her claim of being a minority. She wins the Iowa primary the following January by focusing her campaign efforts on shuttling those who’ve recently suffered closed head injuries to the polls.

The possibilities for 2015 are endless, and will probably be annoying (at a minimum). Republicans will “sell-out” or otherwise irritate people who make their living screaming about “the Establishment,” the President will continue to ignore the Constitution and get away with it, the media will suck and pollute televisions from coast to coast with people who make up for their lack of first-hand knowledge through a doubling-down on a lack of institutional knowledge, and the Cubs won’t win the World Series. That last bit is just a swipe at my Chicago friends, but it stands a decent chance at being the least true of any of these predictions.