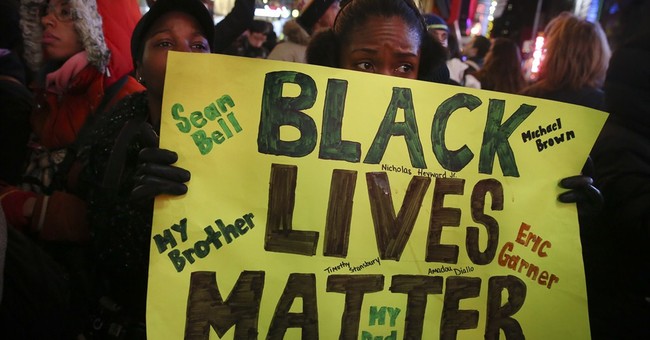 Eric Garner died in July because he resisted arrest, forcing police to take him down the way they take down thousands of suspects daily. Only Garner wasn’t an average suspect. He had allowed himself to become morbidly obese and had diabetes, heart disease and who knows what other self-imposed health problems. Still, he never should have died that summer day.

In Garner’s case, he resisted that arrest and died because his body could not tolerate the force he brought on himself from police. But the police would not have been there had progressive officials and activists not made what Garner was doing into a crime.

Had reselling cigarettes, individually or in packs, not been criminalized by a government wanting its “taste of the action,” Eric Garner still would be alive.

Police have better things to do with their time, more important crimes to investigate, than selling cigarettes individually. But, unlike the newly discovered powers of the president to pick and choose which laws to enforce, when cops get a call, they have to respond—no matter how stupid they may think the “crime” is.

The race-baiting progressives saw an opening in the Garner case and took it. The media, either unwilling or incapable of seeing their philosophy caused this and many other deaths and arrests, followed their lead and made this story about race. Garner is still dead, and repealing the laws that led to his death isn’t even being discussed.

Neither Mayor Bill De Blasio, President Obama nor Attorney General Eric Holder killed Eric Garner. Progressive governance that criminalizes everyday activities did. And so did Garner himself. He didn’t deserve to die by any stretch of the imagination, but he did it to himself.

Not the selling of “loosies.” He didn’t create the stupid law he was breaking, but he resisted arrest. Once he started flailing his arms, he sealed his fate.

If you watch the video, the officer did not put Garner in a “chokehold.” He hooked under his right armpit and around his neck. That is a restraint, not a chokehold. Garner’s right arm was incapacitated, leaving the others to deal with only his left arm. Garner’s decision to continue to struggle caused the officer to lose his grip, which he re-established around his neck.

The officer was perfectly in the right to do that as Garner was fighting, not complying. Letting him go at that moment would’ve put every officer involved in danger. It wasn’t held long, and it wouldn’t have happened at all had Garner, who was no stranger to police or arrest, not caused it to happen.

It’s an inconvenient truth, and a truth very few people want to admit. But it’s a truth nonetheless.

But the deeper truth still holds—it was progressive big government, the overregulation and taxation of everything—that was the first domino to fall in the events that caused Eric Garner’s death.

Over just this weekend, you more than likely will commit a half-dozen crimes of some sort or other. The book “Three Felonies a Day” by Harvey Silverglate, a civil liberties attorney in Boston, explains how over-criminalization and over-regulation has made us all criminals. It’s just a matter of luck that we haven’t encountered someone who knows the obscure corners of the law and/or is inclined to call the police to report us.

The real tragedy of the Garner case is that what he was doing was a crime in the first place. If there’s no oppressive progressive government seeping into all aspects of our lives, there’s no crime committed and no encounter with the police. This fact is lost on the progressives in power, or ignored by them. Individuals don’t matter to progressives beyond their ability to be used as props. Individuals are expendable.

The saddest part of the Garner affair is that the lesson from his death won’t be to roll back the laws that led to the ending of his life, but many of the willfully ignorant, unwashed (and un-showered) masses will embrace the mantra that more government is needed.

The president already has started to push the idea of more federal involvement in local policing. The mayor of New York is pushing “re-education” of the police so they can “better” interact with minority communities. That sounds an awful lot like “separate but equal” application of the law. Black people have different melanin levels, they aren’t a different species. But to progressives they might as well be.

It’s a sick, sad “soft bigotry of low expectations” that would make Goebbels blush. Goebbels famously said, “The English follow the principle that when one lies, one should lie big, and stick to it. They keep up their lies, even at the risk of looking ridiculous.”