Attack Of The Mutants 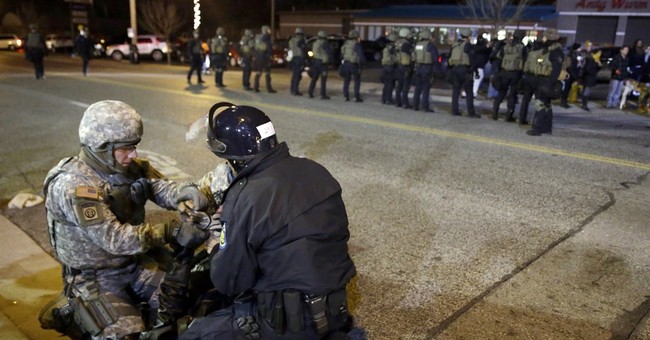 Outside of perhaps a drum circle or Phish concert, there are few things progressives enjoy more than dead people. It’s a fetish … It’s what makes some people love feet and makes Bill Clinton a chubby-chaser.

The foot-fetish people are at least consistent – they are in to virtually all feet. But progressives’ fetishizing of dead people is very, very specific – they love dead black men who were killed by white men.

Crime statistics show that if you’re the victim of a crime, particularly a violent one, it is highly likely the perpetrator looks like you. To a normal person this doesn’t matter, aside from giving a description of the perpetrator to the police. But progressives aren’t normal people.

All deaths are sad to someone. Family and friends are devastated when someone passes, no matter how or at what age. But they’re generally contained to those who knew the person who passed. But when a black person is the victim and a white person is the perpetrator, progressives take to the streets.

Don’t confuse the act of protest with the emotion of caring; progressives do not give a damn about Michael Brown or Trayvon Martin or anyone else they’ve attempted to stir up anger over. These bodies are a prop, an opportunity to divide people to empower themselves. They thrive in unrest and chaos the way fish do in water – it’s their natural habitat.

They couldn’t all make it to Ferguson on Monday – as counterintuitive as it seems, some have jobs – so they took to the streets of their own towns because, well, never let a good crisis go to waste. Major cities across the country had traffic disrupted as part of a coordinated plan in the name of “justice for Michael Brown.”

This temper tantrum left millions of Americans wondering how delaying them from getting home from work translates into justice for anyone.

Of course, it didn’t. But it wasn’t supposed to. It was designed as “action” to further indoctrinate the mindless participants who will follow any order and end up feeling like “part of a movement.” Once they’re “in” they’re putty to be molded into whatever they’re told to be.

Luckily for us, and for them, the faceless mob has the attention span of a…

In a week or two they won’t be able to tell you who Michael Brown was or even remember they spent a few days annoying their fellow Americans.

But there will be another tragedy that will draw the mob back together. Tragedies happen, and the unintelligent will do what they’re told. A black man will, again, be killed by a white man. There are too many people in this country for it not to happen again. But it’s not like it’s as regular as the tides … regardless how it is portrayed in the media.

The next progressive march will require the mob to step over the bodies of countless young black boys and girls who don’t count to the mob because they don’t advance the narrative that the United States is a country overrun by racists.

One such body is that of 3-year-old McKenzie Elliott from Baltimore.

On a beautiful August day, in the middle of the afternoon, McKenzie was sitting on her porch when she was hit by a stray bullet from a drive-by shooting. She died for nothing.

No one is in custody for McKenzie’s murder, no one has come forward with evidence or named names. Her murder remains unsolved, and no one outside of her family seems to care.

Meanwhile, rabid progressive groups from Baltimore have traveled to Ferguson to protest in the name of Michael Brown.

There are no protest marches for McKenzie, no media attention, nothing. McKenzie was murdered by someone with her same skin tone so she’s not newsworthy. To progressives, a 3-year-old does not matter.

She never robbed a liquor store or attacked a clerk or a cop. She never had a chance to do anything. Yet “justice activists” from Baltimore drove right past McKenzie’s grave to get to Missouri because what happened there could be twisted to fit their narrative.

Every major city from which community organizers and activists have pilgrimaged to Ferguson is littered with graves of the young whose only crime was to be killed by those who shared their melanin level. They have no voice, no champion because in drawing attention to them there is no money or power.

There’s nothing about those laying down in intersections or malls in the name of justice for Michael Brown that has anything to do with justice or Michael Brown. If Brown had been killed by another black man for his shoes, no one would know his name. How many young black men have been killed in Chicago, Baltimore or any other city since Michael Brown was shot? Dozens, if not hundreds.

How many McKenzie Elliotts have to die to make them matter? There aren’t enough, and there never will be. The national media and the progressive outrage machine has its gears oiled by faux injustice and the blood of those they willfully ignore. Meanwhile the money rolls in. Creating and chanting “injustice” solves no problems but it does fill coffers. And that, after all, is the real point.