Let’s Get Rid Of Offensive Things 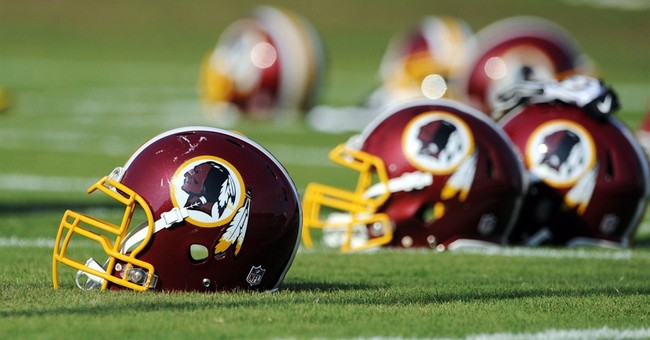 I apologize in advance for some of the terminology in this column. Much of it may make you angry, upset or downright sick to your stomach. It’s not that I use the name “Washington Redskins,” it’s that I talk about the Internal Revenue Service on page 2. Again, apologies.

This week the American people were taught a valuable lesson – never underestimate the willingness of white progressives to be offended on behalf of people who aren’t and to impose their will on those who didn’t ask for it. (What tribe do you suspect these protesters are from?) The U.S. Trade and Patent Office canceled trademarks held by the Washington Redskins because they determined the trademark, issued by the same government that just voided them, was for an offensive term. This decision will be appealed, and Redskins owner Dan Snyder probably will win.

But this case was never about the trademark, it was about publicity for the progressives’ word police to apply pressure on Snyder to change a name they don’t want to exist. They don’t really give a damn, mind you – Snyder is just a convenient high-profile target in their attempt to control our language. If you control the language – what words can be used (Redskins) or their definitions (marriage) – it makes it that much easier to control the people.

This latest charge is being led by Senate Majority Leader Harry Reid, D-Nev., who took to the floor of the Senate to attack the name and lie about the ramifications of the ruling. Reid said anyone could now start printing their own Redskins merchandise and profit from it, which is a flat-out lie. The common law trademark remains in place no matter what the government does. Harry Reid, a lawmaker and lawyer, was openly advising people they could freely break the law.

But Reid is no fool. He’s quite deliberate in his deception. Whenever he slanders private citizens, such as the Koch brothers, or advises people to break the law he does so on the Senate floor, where he, thanks to the speech and debate clause of the Constitution, enjoys full immunity from any ramifications resulting from anything he says. Any basement silkscreener arrested for making counterfeit Redskins merchandise on the advice of the senate majority leader won’t be able to touch him.

Reid knows this, but he’s counting on most people not to, so as to harm Snyder’s bottom line.

It’s ironic Democrats, who call investigations into the IRS, Benghazi, Fast and Furious, the VA and any other Obama administration scandal you can think of a distraction and waste of valuable time, but they have plenty of time to write letters, give speeches and lead the charge against a sports team’s mascot.

But even more ironic is that Democrats can, with a straight face, claim to be leading this charge in the name of cultural sensitivity to Native Americans. Democrats in every state of the union have an annual fundraising dinner called the Jefferson/Jackson Day Dinner. The Jefferson is Thomas Jefferson, and if progressive college professors taught us anything it’s that Jefferson was a slave owner. But, in the pantheon of progressive sensitivities, he’s a saint compared to Andrew Jackson.

Jackson, a lifelong military man and Democrat, was responsible for untold thousands of Native American deaths. Jackson oversaw the Trail of Tears, where lands were forcibly taken from tribes and they were marched west, many to their deaths. When the Supreme Court ruled the removal of the Cherokee Nation unlawful, Jackson simply ignored them, saying of Chief Justice John Marshall’s ruling, “John Marshall has made his decision; now let him enforce it!”

The Supreme Court has no army, the president does. Jackson simply ignored the ruling and removed the Cherokee anyway.

But if we’re banning things that are offensive, how about we start with something that polls higher than gingivitis with the American people?

Internal Revenue Service Commissioner John Koskinen testified Friday before Congress about the magical disappearance of two years of Lois Lerner’s emails. Looking like a smug, perverted grandfather, Koskinen refused to apologize for concealing this alleged “hard-drive crash” and was actually apologized to by committee Democrats.

You read that right, Democrats apologized to him! Do yourself a favor, take a minute and go read this piece on the hearing. Share it, spread it around. Democrats apologized to the head of the IRS, the same IRS that will give you a colonoscopy, take your house, seize your bank accounts and send you to prison for not being able to produce receipts from seven years ago.

Democrats are the party of the IRS, and they’re proud of it.

That is, or should be, offensive to every taxpayer. But taxpayers aren’t an ethnic group. They aren’t a sexual orientation. They aren’t a progressive-created victim class, so they aren’t a constituency Democrats attempt to appeal to. In short: We don’t count.

The progressive website Vox.com even wrote a piece this week saying the problems at the IRS (meaning the targeting of conservatives and destruction of subpoenaed emails) mean the agency’s budget needs to be increased. (I won’t link to it because I don’t want to give them the traffic, but you can easily find it, if you’re looking to lower your IQ 20 points.)

You want to talk about offensive … the White House, congressional Democrats and the IRS claiming a computer crash can lose emails stored on an external server is offensive. Celebrating America’s ethnic cleanser-in-chief with an annual dinner is offensive. Elected officials wasting their time and our money weighing in on anything related to professional sports is offensive. The only thing offensive about the Redskins is their play.

So yes, let’s get rid of truly offensive things.