Progressives and the Unnecessary Lie 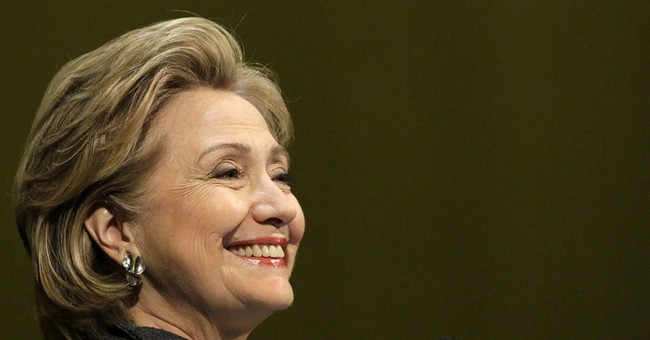 When a kid with cookie all over his face claims he didn’t eat any cookies it’s because he knows he wasn’t supposed to be eating cookies. He’ll eventually fess up, although he may rationalize the behavior. Most adults are the same way. A president with a stain on an intern’s dress may hold out for a while, but he’ll come around eventually.

But today’s progressives are another story. They lie when the truth would suffice, and they hold on to that lie, even doubling down on it, regardless of what evidence to the contrary comes to light.

When President Obama’s “If you like your plan you can keep your plan” lie was finally and irrefutably exposed, he didn’t apologize or explain why he’d lied. He just said he was sorry people got the wrong impression from his words, which, of course, could not have been clearer.

But at least we can understand the rationale for that lie. Lately, we’ve heard lies that are every bit as obvious but completely inexplicable.

When Bowe Bergdahl was traded for five of the worst Taliban terrorists at Guantanamo Bay, the White House unleashed a flurry of lies when none were necessary. They called him a hero who served with “honor and distinction.” They said he was on the verge of death, etc. They even lied to Bergdahl’s father saying he’d forgotten how to speak English, a lie he repeated on camera in the Rose Garden ceremony (lest you think Bob Bergdahl made that up himself and no one in the White House decided to correct him or cruelly decided to let him continue to think his son’s mind was that far gone).

Americans never would support leaving a soldier, even a deserter, in the hands of our enemies. The president made a bad deal, but he brought an American home. If he had stuck with the truth, he would not have been able to jut out his chin in celebratory self-aggrandizement, but he would have put the matter to rest by now – bad deal and all.

People will tolerate bad decisions much more than they will lying. The obvious nature of the Bergdahl lies had to have been clear to the White House. They knew about what his fellow soldiers had said and about the military’s own investigation of Bowe’s desertion. Yet they chose to go with the lie anyway.

Moreover, once confronted with the truth, the White House didn’t admit it or even attempt to finesse it. It doubled down on the lie. Instead of letting it go, which most of us would have understood, the administration now finds itself in the position of fending off Republicans and criticizing the soldiers who actually did serve honorably but refused to stay silent.

But the Bergdahl lie was hardly an orphan this week in the pantheon of progressive lies. Hillary Clinton, our next president as far the casual observer of mainstream media knows, told a doozy this week.

Speaking to Diane Sawyer of ABC News, Clinton informed the world that she and the future First Man were “dead broke” when they left the White House in 2001. This was a blatantly transparent attempt at connecting with average voters who are struggling under Barack Obama’s economy. But even in the most technical sense, that proclamation is an easily disprovable lie that serves zero purpose.

Let’s play this out for a minute. When the Clintons left the White House they owed millions in legal bills. One number I’ve seen is $12 million. I doubt it, but I’ll use it. They’re $12 million in debt, but Hillary had signed an $8 million book deal before being sworn in as New York’s senator (a deal she had to close before assuming office to avoid ethics issues). Her husband soon signed a $15 million book deal and started giving high-paying speeches and getting cushy no-show board seat jobs with who knows how many zeros on those checks. Putting those aside, math tells you $23 million is more than $12 million, and even after taxes the Clintons were hardly going hungry.

So why lie when all of this is public record? Why put out obvious untruths when the truth would have sufficed? Are they sociopaths? Are they so insulated from contrary opinions in their sycophantic inner circles that they believe these lies? Or are they just so used to getting away with it that they throw caution to the wind knowing they will ultimately be given a pass because they have the media in their back pocket? Your guess is as good as mine. Whatever the answer, Republicans need to prepare themselves now for boxing a shadow in 2016 because whoever the Democrat nominee is it’s pretty clear he or she won’t be bound by past deeds, words, or even reality.