We Are A Nation Of Narcissists 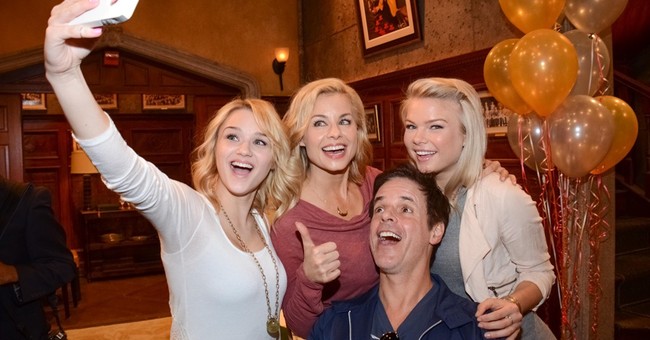 People have been saying the country is “going to hell in a handbasket” for decades. It’s sort of a rite of passage for every current generation to look at the next one and think it will screw up things so badly everything will be ruined. But the handbasket this current generation is creating may well be the one that sinks us.

Every generation is the product of the previous one – its culture, morals, priorities, everything. In the 20th century, that meant passing on a work ethic, the importance of family and the American Dream that each generation will do better than the last. That optimism hit a wall with the baby boomers.

Baby boomers, the generation born between 1946 and 1964, are the current leaders and, as such, set the tone for what comes next. The example they’ve set as the “me generation” planted the seeds for what we’re seeing now in the news, and those images do not bode well for the future.

Baby boomers pioneered the “if it feels good do it” mentality prevalent in the ‘60s and ‘70s – sex, drugs and rock and roll; a lifestyle that lived for the “now,” future be damned. They seemed to lack an appreciation for consequences; the hangover never sets in if you don’t stop drinking.

But the bills will come due; the piper must be paid.

Baby boomers are the credit card generation, living on money borrowed – taken, actually – from their children and grandchildren. They’re also the generation that placed emphasis on self-esteem above all.

High schools and colleges across the country have, and are, graduating little monsters who’ve never heard the word “no,” who’ve been told they’re never wrong and every choice is equally valid. These kids don’t have parents, they have “best friends.”

We once celebrated success. Now, we simply elevate being. We once shunned certain behaviors; now, they are the yellow brick road to the future.

Andy Warhol famously said "In the future, everyone will be world-famous for 15 minutes," and he was nearly right. Nearly because “famous” is no longer a result of actions; it’s the goal. Celebrity is heroin, and we have a generation entering adulthood as addicted as any junkie.

Talent or achievements are no longer required for fame; it’s now as easy as being willing to make an ass of yourself on video and post it online. Successful people in the working world were once admired and held up as positive examples; now they are the object of scorn and ridicule. Unwashed children of privilege “occupy” parks and protest at their homes while networks cover these actions as if they’re accomplishments.

The media is an unindicted co-conspirator in the dumbing down of the future. It’s not just the news media – though it’s possible to watch all three major network newscasts and not learn anything worthwhile – it’s all the media. We are collectively dumber for knowing what a “Snooki,” a “Chrisley,” or a “Honey Boo Boo” are. How many brain cells committed suicide rather than be dedicated to remembering which inflated bimbo the vacant Juan Pablo hooked up with? Paris Hilton and Kim Kardashian would’ve been cautionary tales 20 years ago; now they make millions for existing. The collective IQ of “reality TV stars,” musicians and celebutantes is dwarfed by the number of teeth in the mouth of a newborn baby, yet these are people admired by tens of millions of people who will assume the reins of power in the not-too-distant future.

People magazine doesn’t outsell every news magazine in print by accident, it outsells them because it is more interesting than news magazines. Why drink no-brand cola when Coke is available?

Self is all-encompassing – but it’s not the individual, it’s the collective “self.” The pursuit of attention, the need to make everything about “me” is overwhelming people now. If it isn’t shared on social media it didn’t happen.

Twitter and Facebook are the Holy Grail of this new narcissism, and we’ve all been ensnared in it to one degree or another. Having a good meal? Post a picture of it or it didn’t happen. Have a thought on a news story? Tweet a link or it doesn’t matter. Have a solid bowel movement? Well, you get the idea.

We are over-sharing like a drunken uncle at the family Christmas dinner talking about his ex-wife, and there will be consequences.

Recently, the president of the National Organization for Women clumsily tried to make to make an irrelevant point about how bad employees have it nowadays. But in the process, she accidentally made a good point. She told MSNBC employers have an advantage, “They know everything they need to know about their employees … all they have to do is go on Facebook.” She’s right, but who put it there?

If you smoked a joint with Snoop Dogg last weekend, it will make for a fun story to share with friends. But when you share it with the world, complete with pictures, it may have consequences when it comes to getting a job in the future. Stupid moments are fleeting; the Internet is forever.

When a student went on a stabbing spree in a Pittsburgh-area school, one of his victims posted a picture of himself in his hospital gown on Instagram. The “stabbing selfie” brought about a small firestorm of criticism, but it’s what society created.

Reality is being reduced to a series of 140-character tweets and a “like” button. Get punched in the face by a comedian? Don’t defend yourself, tweet it! A madman shooting up a mall? Forget getting to safety, the world must know your every thought.

There is nothing not shared on social media anymore – from births to birthdays, dates to break-ups. Everything is fodder for the attention monster we’re all becoming. Facebook is full of profile pictures featuring everything from people’s most intimate moments to their latest appearance on cable TV as if they’d cured cancer, Foursquare lets the world know where you are at any given moment. It’s hard to tell if people truly are upset the NSA is tracking their every move or if they’re simply mad the NSA beat them to the punch. Privacy isn’t being stolen as much as it’s being voluntarily traded for a quick fix of micro-fame.

We have become a nation of narcissists – attention junkies measuring our success by the number of Facebook friends and Twitter followers we have rather than our accomplishments. None of us are immune – to one degree or another we’ve all been affected by this attention seeking. What that will mean when the next generation assumes power remains to be seen, but it can’t be good. I opine about it regularly on Twitter. Give me a follow!

NOTE: I wrote this column Tuesday night. After I submitted it, as if to add an exclamation point, the White House tweeted an Obama/Biden selfie. I couldn't make up a more perfect illustration of my point.