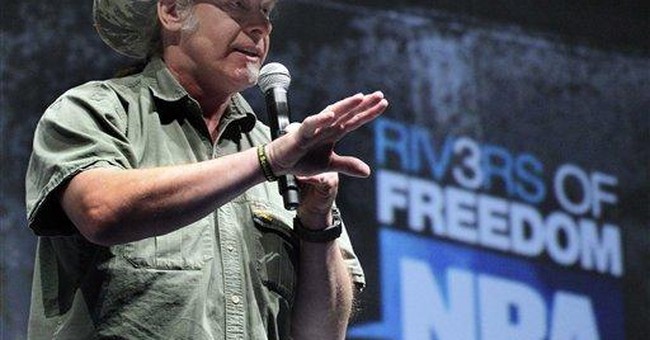 The thing I like about most sports are the rules and how the winner is determined are pretty unambiguous. Score more points, cross the finish line first, jump higher, whatever, and you win. Should there be any foul play or skirting of the rules, there’s an official or referee there to cry foul. It’s simple and, to borrow a word from President Obama, fair.

Politics, on the other hand, is quite different. Truth used to be the most potent weapon in the game of politics. It was the best tool with which to garner the most votes, and whoever got the most votes won. Whoever gets the most votes still wins, but getting to that finish line is no longer even remotely restrained by rules of the truth.

Politicians always have lied, to be sure. But the media was there to, if not serve as an impartial referee, at least hold the players to some sort of standard. No more.

Putting aside the 2008 election, when Barack Obama was vetted with all the gusto guys use to vet pretty girls at the singles bar, the media has been a co-conspirator with Democrats in an unprecedented way the last five years.

It started with the American Recovery and Reinvestment Act of 2009. The White House and Democrats laid out specific promises should the bill become law. We were told the unemployment rate would not go above 8 percent and the economy would be boosted by the hundreds of thousands of “shovel-ready jobs” the bill would create. None came close to happening.

The White House was nervous. This was early on, when the administration was not quite sure how supportive the media would be. Their political friends and donors were cashing their stimulus checks, but nothing was happening. What if the stimulus did not stimulate?

Turns out they needn’t have worried. To this day, progressives and their handmaidens in the media believe either that the stimulus saved the country or would’ve been more effective if it had been larger.

But non-believers were looking at the numbers and getting suspicious. Democrats had to act quickly. They had move the goalposts for “success.”

The professional obfuscators on the public payroll, also known as the president’s advisors, cooked up a new unit of measure – jobs saved or created. The beauty of this number was it couldn’t be proven, but it couldn’t be disproven either. It wasn’t perfect, but it was the best they could do under such obvious failure.

But it’s one thing to fool average people. They have lives and don’t pay close attention to these things. But the watchdogs of democracy should have known better. They should have blown this new unit of measure out of the water. But they didn’t. They reported it like it was the plan all along.

It was then the White House, Democrats and progressives in general knew beyond a doubt that the old rules were gone. Truth was no longer something written in pen, or even pencil, it was written in sand and could be rewritten on a whim whenever needed. And they rewrote.

After all, if you can create a new unit of measure every time you’re in trouble, you can’t lose. Especially when you have the referees on your team.

We’ve since been inundated with unprovable declarations of success, such as “It would have been worse if we hadn’t…(insert any economic claim here).” The media referees played along as though they had seen this alternate future and determined the president was right – it could have been worse.

It is shameless. The only thing worse is Republicans’ inability to recognize the futility of complaining to those media referees and do an end-run around them directly to the people.

Now we come to this week, and another example of a malleable rulebook written in sand when it comes to how progressives and conservatives are treated by the media.

Ted Nugent, someone I grew up with on the radio in Detroit, called the president a “subhuman mongrel” at an event for Republican gubernatorial candidate Greg Abbott of Texas. The offended class in the media sprang into action, drooling like heroin junkies when they hear that flame hit the bottom of the spoon.

It was deemed one of the worst things ever said, by people who make their living declaring things said by others awful – one of the few growth industries in Obama’s economy.

CNN dedicated hour upon hour of coverage to the words of a man whose actions for charity they’ve ignored for decades. Current Texas Gov. Rick Perry went on with Wolf Blitzer and was badgered for 2 1/2 minutes to denounce these words, then denounce them in stronger terms, and again, as if Perry has said them himself. Republicans were nearly trampled by “journalists” demanding they react to and answer for something said in an entirely different time zone.

Meanwhile, taking a break from calling Republicans all manner of potty-mouth names, Bill Maher has made the rounds of cable television as if he knows anything about this beyond what he read on Daily Kos. Imagine the feigned outrage if Maher talked about progressives – any progressives – the way he has talked about Sarah Palin and her children.

This misogynistic bigot gives $1 million to President Obama’s reelection PAC, yet he is greeted as an insightful and unbiased commentator by Blitzer and others. And no progressives – not him nor any of the others – ever is demanded to denounce his attacks. When it comes to progressive racism, misogyny, hatred and violent rhetoric, the referees swallow their whistles, as they say in basketball.

Greg Abbott and Rick Perry are no more responsible for the words of Ted Nugent than progressives are for the words of Bill Maher. But although Abbott and Perry were forced to answer for Nugent, President Obama cashes Maher’s check and his cabinet secretaries, advisors and elected Democrats from Nancy Pelosi on down beat a path to the stage of the man who calls conservative women “c@nt” without question or repercussion.

That’s what happens when you are the one who gets to choose what is offensive. As Mel Brooks said, “It’s good to be the king.”

Republicans need to recognize this and do more than complain about it. They need to refuse to play by these rigged rules. They should start by calling out the gatekeepers of outrage when forced to answer for others. Newt Gingrich scared the hell out of moderators in the 2012 primaries by simply calling a garbage question what it was. If you don’t play the progressives’ game, their rules don’t matter. No matter how often they change them.

Of course, it also would be nice if people would stop saying stupid things.