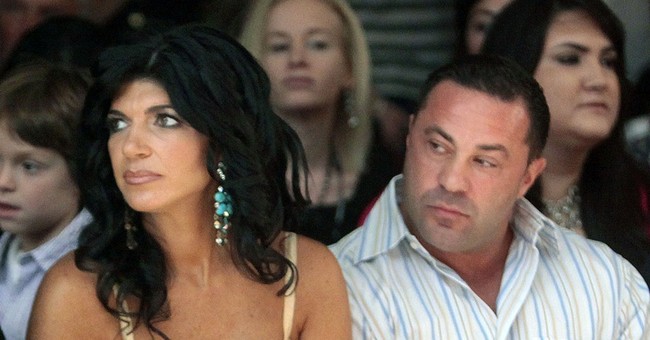 It’s been nearly a year since the election, and there is still a lot of soul-searching among conservatives and Republicans. Columnists and consultants are waxing philosophical about why Barack Obama beat Mitt Romney and how to win in 2016.

Lots of ink has been spilled, column inches eaten and, most importantly, cash burned trying to figure out how to reach low-information voters by people who probably don’t know any of them. Why? Because there’s money in it. Which is the real problem.

Big donors to either party have no clue what the average person thinks about anything, let alone how to reach out to them. People who can cut a check for a quarter-million dollars or more to a political cause don’t routinely rub elbows with those who can’t. Considering the vast majority of Americans don’t make a fourth of that per year, the disconnect is not surprising.

Political consultants are, with some exceptions, like the mob – at each level of any transaction they get a “taste.” Fundraisers get a taste. Pollsters get a taste. People who create ads get a taste. This wetting of the beak can be quite lucrative, and you’re paid regardless of whether you’re successful or accurate. It’s a hell of a racket.

That’s why you see poll after poll and study after study on how Republicans can reach this group or that group. Most are a total waste of money, but the failure they lead to is so far down the road no one will remember. By that time, the public will have been treated to new studies and new surveys and new excuses for failure.

That’s why I get annoyed when I hear a talking head on TV talk about what their data shows or ads for some group asking you to help them tell Congress whatever the issue of the day is.

The talking heads are appealing to and appeasing big donors. They talk about their metrics and data as if these hold the cure for cancer, if only they had the money to get the word out. They are the Social Media Gurus of today.

Just last decade, a new breed of “must-have” consultants wormed their way through the think tanks (and their bank accounts) in Washington – the Social Media Gurus.

Twitter and Facebook were new, and the decision-makers at these monied groups were not. Conservative think tanks are not known for being innovative. They are known for being scared to death to be the first – or last – to adopt to anything. Decision-makers have no idea about the technology or how easy it is to make it work. The “Gurus” would make presentations with all the right buzzwords, and the wallets would open. They spent millions establishing and managing “social media presence” when they could’ve merely asked their interns to do it for free.

The new gimmick is appealing to groups. They all have the data that shows the message needed to win over this gender or that race – all packaged in a believable report that makes sense everywhere except reality.

Their focused now on how to win the Hispanic vote. Amnesty is key, they say. This group, conservative on a whole host of issues, somehow feels alienated because the right resists granting citizenship to people who came here illegally but shares the accent. They walk into the polls and say, “I think Republican policies will improve the economy and help me be able to better take care of my family, and I agree with them on important moral issues. But since they don’t want amnesty, I’m voting Democrat to make my situation worse.” It’s insanity.

But, if your data is based on asking people a specific question about a specific issue, especially asking low-information voters who only hear “Republicans are racist,” you’re going to get skewed results. And you’re going to raise money off those logical sounding results. Then you’re going to lose another election and start the cycle over again, billing all the way.

Groups who run ad campaigns are no better.

Here’s a fun exercise: Click on some ad you see somewhere, or go to a webpage for a group that wants you to sign their petition to stop this or that, or to “tell Congress” you’re for or against something. Then, give it a week or two and you will start to notice you’re suddenly getting emails from groups and causes you never signed up for. Why? Because they’ve added your email to a list they rent to anyone willing to cut them the right-sized check.

I worked on Capitol Hill, and I can tell you Congress doesn’t give a damn about form letters and generic emails or petitions, nor should they. Handwritten letters from the district or state matter. Phone calls matter. Face-to-face meetings matter. Outside of that, if you can’t vote for their opponents, they couldn’t care less about your name being one of thousands on some electronic petition. But the petitions aren’t going away. Why? Because there is money in it. Money from selling mailing lists. Money from the groups being able to say they “represent thousands of Americans … blah blah blah.” Your information is a commodity to be sold. A good idea doesn’t need a headcount, it needs a champion.

Instead, why not bring conservatism into pop culture?

It’s there already to some degree -- as a punchline, which explains why we ignore it to the degree we do. But there is a reason People magazine and US magazine outsell anything news-related. There is a reason Real Housewives of Whatever Location Annoying People Live is more popular than any news or political show. It’s because people pay attention to this in a way they don’t pay attention to politics or policy or the things that truly are making their lives difficult.

I’m as disgusted by celebrity-obsessed culture as anyone, but ignoring this culture – as conservatives often do simply because we don’t like it – helps only the left. Conservatives have to take their message to where the people are.

It’s about making movies, but those movies have to be good and funny and entertaining first and carry a message only after that. Think “Knocked Up.” Hilarious movie that just so happens to be very pro-life without being about being pro-life. By the way, it was made by liberals.

Conservatives could start by improving on the quality of the documentaries they produce. Conservative documentaries today are horrible. They’re boring. They’re all interviews and b-roll so on-the-nose predictable as to be laughable. They seem to be made by people who’ve never seen a documentary and, too often, designed for the choir.

They’re also often late to the game – coming along only after discussion has moved far beyond the topic they treat. They are vanity projects done more for fundraising purposes than to reach voters. They are about nice, big checks for the people who run the assembly line that produces them. Most – not all – are a waste.

Scroll through the documentary section of Netflix, and you’ll see documentary after documentary pushing the progressive agenda, But they’re couched as entertainment, and they are, in fact, entertaining. They’re awful as far as information goes, and they’re full of easily disprovable lies. But the people who watch them won’t fact-check them. They’ll remember only the garbage they saw.

Be they about fracking, food or conservative politicians, the Left churns out quality, entertaining documentaries that would make Stalin’s propagandists blush with their spin. And it does so before they’re even in the public consciousness, which is key. With nothing to counter them when these issues or people bubble to the top, people who seek information on them find liberal propaganda. What are we to expect but more misinformed voters who will spread the lies they hear but don’t understand like a cold on a plane?

Conservatives simply have been left standing still on this.

The documentaries that ought to get made – on Milton Friedman, on the relationship between Ronald Reagan and Margaret Thatcher, defending Walmart, pointing out the failure that was Solyndra – don’t. If they do get made, don’t look for them on Oscars night. The satisfaction will come only from telling the truth and helping it, too, spread like a cold on a plane.

But it doesn’t happen because the “taste” isn’t big enough and mastering the art of storytelling looks like too much work, particularly compared to technical term-laced studies and “films” that preach to the choir but can’t move beyond.

Changing hearts and minds, when done right, isn’t a volume business. Right now people and groups are getting rich while elections are being lost. While that’s not by design, it’s also not an accident. But it is a huge problem.