A View of the Second Amendment from Russia 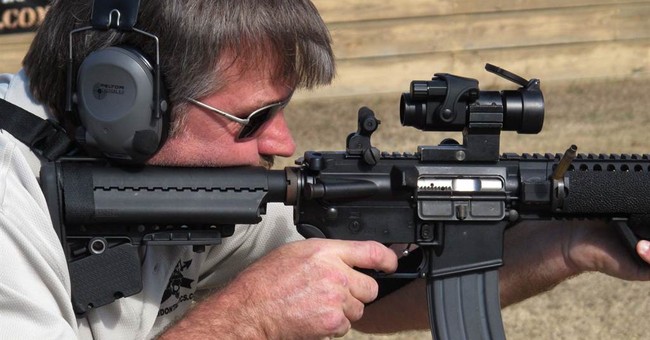 I'm from Russia, and today I can only helplessly watch the collapse of all democratic institutions in my country. The fall of the national currency, government control of the media, harassment of independent business, endemic corruption at all levels, the lack of political competition, election fraud, unfair trials, and arbitrary arrests of protesters. All of these factors testify to the death of modern democracy in Russia. Russia’s few remaining democrats cannot do anything to oppose the ruthless and despotic political system that Vladimir Putin imposed on my country.

The complete lack of restraint on government power means that Russia is a threat not only to its own citizens but also to other countries. And ordinary people in Russia do not have any ability to force their government to comply with the norms of our Constitution and international law. Unfortunately, Russia does not have the unique heritage of freedom that was bequeathed by the Founding Fathers of the American nation. I am not a US citizen and do not wish my words to be perceived incorrectly. I do not pretend to know how to live better than Americans themselves know. I simply love America and I want to share my thoughts about how the failure of democracy in Russia is a warning for Americans about the vital importance of the Second Amendment for preserving liberty and freedom.

All democratic and legitimate means of influence on the authorities have been destroyed in Russia. The evolutionary and constitutional change of power is no longer possible, only by a revolution can the reins of power change hands. If there were a million patriots dedicated to freedom and democracy, and they had the rights enshrined by the Second Amendment they could save Russia from tyranny.

But alas, I am forced to watch helplessly as the chaos in our domestic politics in turn transforms into chaos in our foreign policy. I hope that Americans will never feel the heartbreaking feeling of absolute vulnerability in the face of injustice and hopeless darkness.

Life in the post-Soviet authoritarian state has taught me that human life and freedom are the highest and most important values. Freedom is truly the greatest social achievement of mankind. And it is a grave sin to carelessly give up freedom voluntarily.

Repetition of the Russian situation in America is not possible for many reasons. First of all, because the whole system of government in the United States is aimed at preempting and suppressing attempts to destroy democratic institutions, or the usurpation of power or abuse of authority. A police officer, a Congressman, or the President of the United States all potentially can pose a threat to democracy, simply because they have power.

In order to protect ordinary Americans, there are well established mechanisms to limit officials and their exercise of power - suspension, impeachment, internal investigations, and judicial orders through independent courts. But the most important defense of freedom is a populace armed with their own guns. The Second Amendment is the most powerful instrument to limit those who pose a potential threat to democracy. Guns do not impeach and remove from office potential tyrants, guns terminate would-be tyrants quickly and efficiently. Private ownership of guns is the highest degree of freedom, symbolizing the right of revolution. People have a right to protect their property, their lives, and their freedom both from unlawful intruders and from usurpers of government power. Any initiative to ban or control weapons should be regarded as a vile attempt to undermine American political traditions and the foundations of American freedom and democracy.

The fact that the weapons are needed to maintain democracy was already clear on December 15, 1791 when the Second Amendment came into force: “A well regulated Militia, being necessary to the security of a free State, the right of the people to keep and bear Arms, shall not be infringed."

The need for the Second Amendment is especially true today, when the US government is the most powerful government on earth. It is not sufficient to entrust freedom and democracy to an unarmed civil society, incapable of resisting tyranny. Too much of the world depends on America and its example to the world. But armed civil society can support and protect democracy, even with a strong central government. As Thomas Jefferson once wrote, “When government fears the people, there is liberty. When the people fear the government, there is tyranny.”

I believe that America is strong enough and wise enough to preserve and protect the legacy of freedom and democracy saved. And I share the hope and belief of Abraham Lincoln “that government of the people, by the people, for the people, shall not perish from the Earth.”