Explaining the Left, Part V: Left Vs. Right Is Brain Vs. Mind

Dennis Prager
|
Posted: Dec 18, 2018 12:01 AM
Share   Tweet
The opinions expressed by columnists are their own and do not necessarily represent the views of Townhall.com. 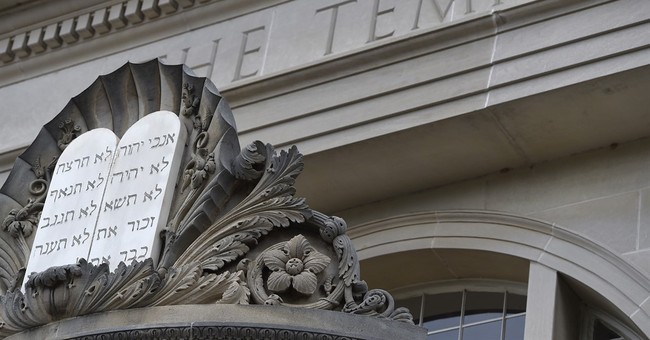 When I talk to young people, I try to offer them what I was offered when I was their age but is rarely offered today: wisdom. I was given wisdom largely because I went to a religious school -- a yeshiva, a traditional Jewish school in which the long day (9:00 a.m. to 5:00 p.m.) was divided between studying religious subjects (in Hebrew) and secular subjects (in English).

With the increasing secularization of society, less and less wisdom has been conveyed to young people. One particularly obvious example is most secular people, especially on the left, believe human beings are basically good. It is difficult to overstate the foolishness of this belief. And a belief it is: There is no evidence to support it, and there is overwhelming evidence -- like virtually all of human history -- to refute it. Jewish and Christian kids who study the Bible know how morally flawed human nature is by the age of 10.

Another thing I tell young people -- which, if they take seriously, will make them immeasurably wiser, finer, happier and more productive -- is life is a daily battle between the brain and the mind. The brain wants an ice cream sundae; the mind knows too many sundaes will make a person overweight and eventually diabetic. Similarly, the brain (especially that of the male) wants sex with anyone it finds attractive; the mind knows the trouble doing so will likely lead to.

The brain is instinctive and feelings-based; the mind is thoughtful and can be reason-based.

Tragically, since the 1960s, the brain -- i.e. feelings and instincts -- has been valued far more than the mind.

That explains why for 40 years, I have asked high school seniors which they would save first if both were drowning, their dog or a stranger, and only one-third have voted to save the stranger. Their reason? They love their dog, not the stranger. The brain over the mind. Feelings over thought (not to mention transcendent values).

On the most important issue in human life, determining what is right and what is wrong, the brain (feelings) has triumphed over the mind (reason and values). At least two generations of Americans have been raised not with moral instruction but with the question "How do you feel about it?"

Almost every left-right disagreement in American life can be explained by the brain-mind conflict. The brain is led by what feels good, the mind by what does good. And leftist positions feel good.

It feels good to allow anyone who wants to enter America to do so. But if America is worth preserving, the mind understands that the right policy cannot be determined by feelings.

It feels good to keep expanding government so it can provide more and more people with benefits. But the mind recognizes this is a recipe for disaster because people become addicted to benefits, and because the government assumes greater and greater debt it will not be able to repay.

It feels good to lower admissions standards to enable more blacks to enter prestigious colleges. But the mind knows it doesn't help blacks -- on the contrary, it hurts the many of them (as it does students of any ethnicity and race) who are not prepared for the academic demands of prestigious colleges.

One of the oldest and most fundamental Jewish teachings is that every human being has two competing impulses -- the "yetzer ha-tov," the impulse to do good, and the "yetzer ha-ra," the impulse to do bad. When I was a young man, one of the leading rabbis of the last generation, Rabbi Wolfe Kelman, told me something that changed my life. "Dennis," he said, "I have become pretty good at keeping my yetzer ha-ra in check; it's my yetzer ha-tov that gets me into trouble."

Even when propelled to do good, we cannot be guided by feelings.

It's not only the human being that is driven by the conflict between feelings and reason. So is America.